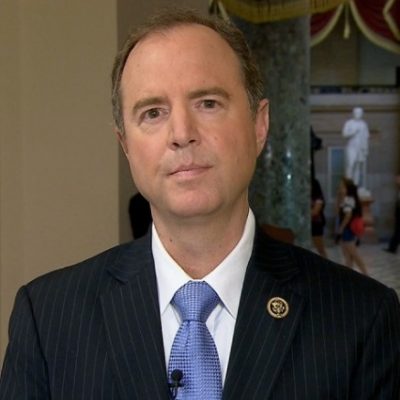 Next post
Democrat Memo Released, No One Cares [VIDEO]

Well, it’s over. The least-viewed Winter Olympics in history is now in the record books. But for die-hard lovers of the Olympic Games, as I am, it’s a bittersweet end to a mixed bag of sheer joy and pure, unadulterated annoyance. With that, here’s a bit of the best and worst of the PyeongChang Games:

It’s got to be one of the strangest Olympic events in existence. But it’s also weirdly fascinating, and entertaining, and the sport has gained tons of fans this Olympic season. Even newly-minted SuperFan, Mr. T., weighed in:

I want to say Thank you @TeamShuster for allowing me to be a part of your journey. Thank you for receiving me I am so honored. USA! USA! We did it! We’re bringing home GOLD FOOLS. #Gold #curling #curlingiscoolfool #usacurling #TeamUSA

John Schuster’s Team are the ultimate come-back kids. Down 2-4 in the round-robin event, it looked like they would, for the third straight Olympics, finish near the bottom of the pack. But John and his dedicated team swept the remainder of their games, propelling themselves into the gold-medal round against Team Sweden, whose leader is the world’s top-rated skip. To make a long story short: they won, in epic style, keeping Team Sweden on the defense through most of the match. Here’s the shot that cemented their historic win:

The women’s hockey team also made history this year. They, too, took home the gold medal after knocking off Team Canada in a shootout after ending the game tied following overtime. Here they are in the final shot of the shootout and then celebrating their well-earned win:

In case you didn’t see how the best women’s hockey team in the WORLD won gold 🥇🥇🥇🥇🥇 pic.twitter.com/Nh4ItamENA

It was their first gold medal win in twenty years. Bravo, ladies!

The Women’s Bobsled Team of Elana Meyers Taylor and Lauren Gibbs earned a silver medal this year. And while they performed admirably, it was the gracious way Gibbs interacted with Ivanka Trump that truly displayed the essence of the Olympic Games. Here she is with Ivanka, sharing her shiny new Silver Medal:

Kudos to her and the other athletes, including U.S. Curler Matt Hamilton’s sister and Mixed Doubles teammate, Becca, for the grace and class they displayed throughout the Winter Games, and for their cordial interaction with Ivanka in an environment that’s currently hyper-politicized. Cheers to you all, including the awesome Red Gerard, the phenomenal Chloe Kim, and every one of you who proudly sang along to our National Anthem. The NFL could use a heavy dose of YOU.

When I was 17, I learned to parallel park and tried to sneak into R-Rated movies. pic.twitter.com/NWyo8oJMNl

And now, for the not-so-great moments of the PyeongChang Games.

The Opening Ceremony was the most exasperating of any opener in recent memory. But it wasn’t the fault of the hosts, South Korea. It was NBC. Not only did commentators Katie Couric and Mike Tirico make stunningly ignorant comments, but the pair of them TALKED OVER the entire ceremony, as if somehow their banter was 1) necessary and 2) more important than what was happening on-screen. Even folks on Twitter slammed their irritating commentary:

The newscaster is talking over the music in opening ceremony so you can’t hear anything clearly. Plus they are only showing what they think we should see. Sound familiar?? Used to always watch, but this year lost desire. Athletes are not politicians

Yeah. It was THAT bad. Fortunately, the Closing Ceremony did not include Katie Couric.

Their presence was a huge distraction from many of the events, and that’s precisely why they were in attendance: to focus everyone’s attention on them, and by extension, North Korea. Check out their reactions when a Kim Jong-un impersonator appeared before them, and how their handlers handled him:

At the united Korea vs Japan womens' hockey game, an apparent Kim Jong-un impersonator starts dancing in front of North Korean cheerleaders. Apparent employees of the DPRK push him aside. He's now sitting nearby giving interviews (in English) pic.twitter.com/PeVJYtri5Y

I guess they didn’t get the memo that they’re not in North Korea any more.

Meanwhile, as reported in the New York Post, when not spreading propaganda, the cheerleaders are used as sex slaves for the North Korean elites:

And the liberal media slobbered all over them.

Overall Performance of the American Athletes

The U.S. Olympic Committee has a chart. And this year, it predicted that the U.S. athletes would win approximately three dozen medals. They ended up with 23, short of the projected wins. Most notably, viewers were stunned when Nathan Chen, a solid contender for the Gold Medal in the individual portion, performed even worse in the Short Program than he had in the Team Event. But he came back like a phoenix, rising from the ashes to absolutely kill it in the Free Skate, solidly landing FIVE of the six quad jumps he attempted. But it wasn’t quite enough, and he left the Games with only his Team Medal.

Still, Chen showed us what persistence and dedication to excellence looks like, and he did it with class and grace.

If the grating Opening Ceremony banter wasn’t bad enough, a handful of athletes just couldn’t refrain from dragging into the Games their left-wing politics and personal hatred of the Trump Administration. It started with Adam Rippon, and then on to a boneheaded freestyle skier who questioned why Ivanka Trump was in attendance:

Gus Kenworthy tweeted: "So proud of all these people! Everybody here has worked so hard to make it to the Olympics and have the opportunity to walk in the closing ceremony! Well…Everyone except Ivanka. Honestly, tf is she doing here??" https://t.co/WK9IPf4csd

Apparently he’s painfully unaware of the ongoing conflict with North Korea and the need to show that there’s no daylight between us and South Korea. Someone hand him a link to the Wall Street Journal.

So there you have it. It was the best of times; it was the worst of times. But I’ll be watching again in two years nevertheless, when the Summer Games begin. Because I love my country, and I love her athletes, in all their grit, tenacity, and commitment to excellence. Nothing is more quintessentially American.