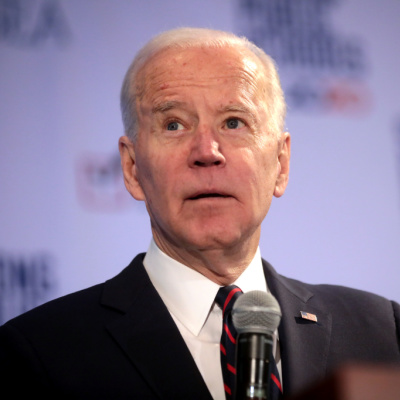 Maureen Dowd’s Sunday column is all about how she and all the Democrats of the Elite Class think that Joe Biden is cool. Maybe, cool like a day old corpse? No, they mean cool, as in their dreams are finally coming true. What’s most interesting about her column is that she finally tells the truth about the Obama/Biden relationship.

From 2009 through 2015, the Elite Class tried to convince us that Barack Obama and Joe Biden were the best of friends. In case you have forgotten how close we were told the two were, here is a little video reminder:

There were two peas in a pod. Right? But, with this column, as Maureen Dowd switches from Team Obama to Team Joe Cool, she blows the lid off of the Bromance. According to Dowd, the Obama team made their feelings clear in 2016:

The message was unmistakable: Biden was not part of the Obama entourage. He was sort of a goofball and windbag. He was a member of an older, outmoded generation. In other words, uncool.

The West Wing attitude was that Biden should simply be grateful that the Great Obama had handed him a ticket to ride. Biden was viewed as a past-his-sell-by-date pol who needed the president’s guiding hand to keep Uncle Joe from making a fool of himself as vice president.

What kind of buddy doesn’t invite his bestie over in eight years?

In eight years, Biden said in a recent reveal that stunned Anderson Cooper — and left Washington gasping — he and Jill were never invited by the Obamas to their private digs in the White House.

Not only does Maureen Dowd blow the lid off of the Obama/Biden bromance, but she totally throws Obama under the bus:

Obama’s failure to go big and to send the tumbrels rolling down Wall Street certainly greased the runway for Donald Trump. The paradox of Obama is that Americans embraced radical change by electing him but then he held himself in check, mistakenly believing that he was all the change they could handle.

Maureen Dowd giveth cool and MoDo doth taketh away cool. Back in 2012, she called Obama “Cool Hand Barack” and quoted Harvey Weinstein comparing Obama to Paul New at a Westport, Connecticut fundraiser. Nothing about that column aged well.

With a boost from Black Democrats, if not the most famous one, Biden achieved what pretty much no one — especially bratty Obama disciples — had thought possible. At 78, nearly half a century after he arrived in D.C. as a senator, he became the oldest man ever sworn in as president.

So now comes a delicious twist: President Biden is being hailed as a transformational, once-in-a-generation progressive champion, with comparisons to L.B.J. and F.D.R. aplenty, while Obama has become a cautionary tale about what happens when Democrats get the keys to the car but don’t put their foot on the gas.

The collective smirk was wiped off the face of Obamaworld this past week, as former aides expressed their irritation at the retrospective dissing, and while Biden’s inner circle enjoyed an unfamiliar sensation: schadenfreude. Now the friendly fire once aimed at Biden is coming toward Obama.

I think Miss Dowd must have put this column to bed too early. Or, she has been in her Covid pandemic bubble too long. She must have missed the Biden calling Kamala “President Harris” twice this week. Did MoDo miss Biden stumbling twice and finally really falling on the steps up to Air Force One?

I remember the press bashing Trump for touching the rail once. Biden falls repeatedly but I’m sure he’s the picture of health. No wonder all our enemies are pouncing simultaneously and mocking him publicly. pic.twitter.com/R1qN9DDHFW

There is nothing, not a thing, cool about that. It’s sad for a developed country to allow a senior citizen to be abused. The worst thing was no one helped him.

Maureen Dowd missed Joe Biden calling Vladmir Putin a killer (He is.) this week and Putin responded by challenging Biden to a live broadcast conversation. That was a real knee slapper.

MoDo must have been napping when China ate our lunch in Alaska this week. Kim Jong-Un of South Korea won’t take Biden’s calls. Biden has not fulfilled the State of the Union requirement by having addressing a Joint Session of Congress last month. And, Biden won’t have a press conference until March 25, 2021. That’s so cool, right?

Just so you know, a day old cadaver is cooler than Joe will ever be.