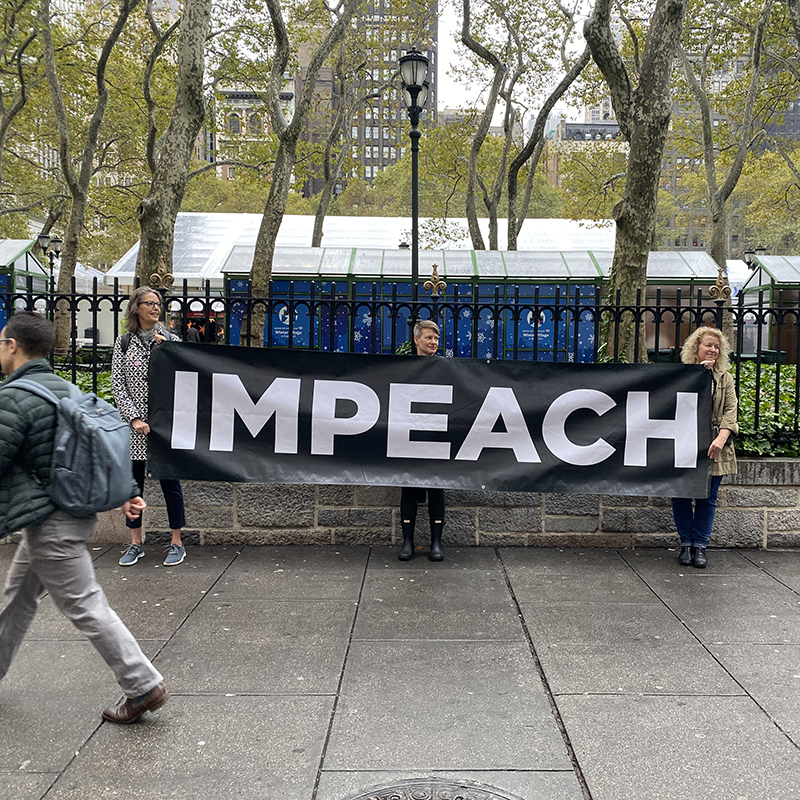 It’s launching hit-pieces ahead of the House’s impeachment vote, but a thorough scouring of the website Need to Impeach, founded by gazillionaire Tom Steyer, doesn’t reveal much about its current leadership or who runs its FaceBook page. All anyone surfing either site is offered is this:

Paid for by Need to Impeach; www.needtoimpeach.com;
Not authorized by any candidate or candidate’s committee.”

So off this writer went down the rabbit hole to try and unearth who’s currently behind this “movement” to impeach our duly-elected president (by the way, last I checked, “grassroots movements” weren’t overwhelmingly funded by the evil rich).

First, I hopped onto the IRS’s website to search tax exempt organizations. I found this: 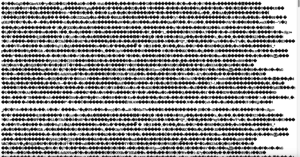 Great work, feds. We should put you solely in charge of healthcare, housing, childcare, and any other of the left’s bill of “rights.” I’m gonna go ahead and blame Russia, obviously.

So then I tried a similar search over on the FEC’s website.

Bingo. Found it: an “unauthorized super PAC (Independent Expenditure-Only),” whose treasurer is Shawnda Deane, of Sacramento, California, who’s reported $14,018,028.84 in 2018 donations. Plus another $11 million-plus for 2019, with an oft-referenced “donor” being ActBlue, a tool for Democratic donors to contribute to leftist candidates and causes. The dead giveaway? A pro-ObamaCare message on its website’s header and this mission statement:

But back to Need to Impeach’s stated treasurer: Who’s Shawnda Deane?

Aaaaaaand here she is: Deane and Company, a California-based fundraising consulting team…for Democrats. And the rest of leadership? Hyper-partisans. All of them. And boy are they rolling in the donor dough:

Kevin Mack is the lead strategist for Need to Impeach. He is a senior partner at Deliver Strategies, a company that Need to Impeach paid $4,712,416 in 2018. He has also worked as executive director of the Democratic Legislative Campaign, a regional director at Democratic Congressional Campaign Committee, and the executive director at Virginia House Democratic Caucus. According to his LinkedIn profile, Mack worked as a “direct mail consultant” for multiple left-leaning organizations and labor unions such as Planned Parenthood Federation of America, AFL-CIO, AFSCME, and IAFF.

The link describes these folks as “left of center.”

The cynical read would be that Steyer, whose campaign rented and then bought Need to Impeach’s email list, used the group to build a voter file and publicize his name in advance of a presidential bid, and that employees who worked on the impeachment cause were given little choice but to join his campaign.”

“The more generous read is that the initiative was an honest effort at a cause Steyer believed in, and that in July 2019, the prospect of impeachment seemed pretty dead in the water, so it made sense for him to move on.…”

Steyer has given $11.8 million to the Need to Impeach super PAC, which raised $14.6 million and spent $13.1 million last election cycle…Need to Impeach spent millions of dollars on anti-Donald Trump mailers and internet advertisements.”

It’s also interesting given that Need to Impeach’s own website, remember, states this:

Not authorized by any candidate or candidate’s committee.”

IF we had honest debate moderators, someone might ask the one-point-three-percenter that is Mr. Steyer about this, you know, for democracy’s sake.

So we have a large number of donations originating from a Democratic donation tool, to a not-so-grassroots Democrat Super PAC that was once run and overwhelmingly funded by none other than democratic presidential candidate Tom Steyer, and now being run by a group of partisans determined to take down our president in an effort to save “democracy.” See a pattern here?

But give them your money, anyway, so they can produce misleading, and substantively weak, political ads like this one, because they lost the 2016 election and they’ll likely lose the next one it’s the right thing to do as the House prepares to vote on impeachment this week:

Yes, it’s designed to sway unsuspecting voters into supporting the removal of a democratically-elected president on the thinnest of grounds, because we’re only allowed to elect Democratic presidents, doncha know. I’d suggest the real threat to “democracy” (that is: free and fair elections) are organizations like this one, including its self-serving founder, and those who are engaging in what I’ll just call a soft coup.

And just for pure mockery, here are a few fun facts about Need to Impeach and their fellow “left of center” comrades:

According to their FaceBook page, Need to Impeach was founded in October of 2017, just nine months into Trump’s presidency. Is it a coincidence that that roughly corresponds with what fellow Californian, Nancy Pelosi, let slip last week:

Straight from the Speaker → Their #ShamImpeachment has been YEARS in the making.

Speaker Pelosi: “All I hear from the press is that we’re moving so swiftly, that it’s like a blur going by. This has been a couple of years—two and a half—since the initial investigation.” pic.twitter.com/nf5cVwehhP

And here’s a fun one: the cover photo on their FaceBook page features a man holding a sign that reads “Trump/Pence” must go. Where do I even start? IF the president were removed from office (newsflash, geniuses: he won’t be), Vice President Pence would become president….unless…their true goal is to eject Trump, and then go after Pence next. Uh, huh. Completely altruistic motives behind this defense of our “democracy,” right? And if you believe that, I have a bridge I’m not using…

Which brings me to: organizations like Need to Impeach consistently refer to our constitutional republic as a “democracy.” Yes, we have democratic elections, but America is not a democracy, for if it were, we could do things like…Brexit, or the removal of a president via the will of the majority of the people (see Pelosi’s focus-group antics), two fine examples of the very reason we’re not a democracy: majority-rule decisions that reverberate through the lives of every single citizen. So when the Left screeches about how Donald Trump “is a threat to democracy,” they’re inadvertently telling the truth: he’s overhauled many of our courts, placing judges that will (hopefully) adhere to the law, rather than judicial activism, in their decision-making, and has relegated power back to the states in various ways, just two examples of how Donald Trump is, indeed, a threat to mob rule, er, democracy. If that’s an impeachable offense, someone alert the authors of the Tenth Amendment.

In short: the Democrat swamp dwellers—I’m looking at you, presidential candidate Tom Steyer—think we’re all stupid. Political organizations masquerading as “grassroots movements” like Need to Impeach would like us to believe their push to remove the president is based solely on defending our “democracy.” Nothing could be further from the truth. All one needs to do is a 15-minute internet connect-the-dots to see that impeachment is yet another partisan hoax spearheaded by none other than Democrat Party denizens in a last-ditch effort to affect the outcome of the 2020 election.

And they say Trump is the one who’s interfering.