Previous post
Impeachment Is Forever And So Is Ugly

Next post
The Democrat Party Is Center-Conservative Says AOC 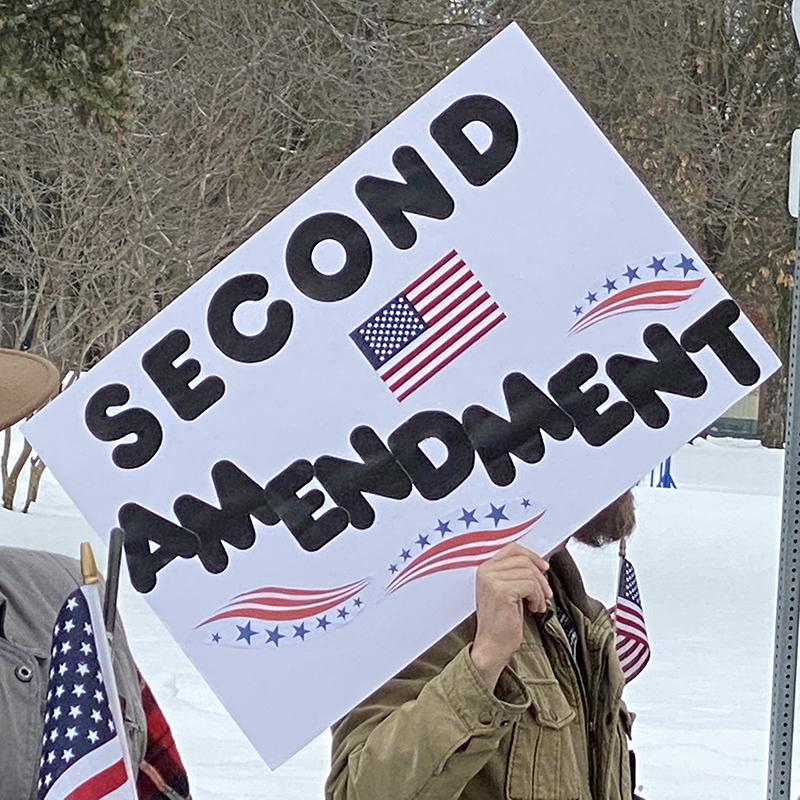 North Idaho is not known for taking kindly to government overreach. It’s also not known for complacency in its defense of our Second Amendment. Ruby Ridge is just miles from my home, and what happened there nearly 28 years ago is forever seared into the memories of those who reside here. What transpired, along with the events in Waco, Texas the following year, remain two of the most infamous, and egregious, examples of the federal government’s abuse of its own citizens in our recorded history.

So with that in mind I, along with more than 200 friends, acquaintances, and complete strangers, gathered Monday afternoon in downtown Coeur d’Alene in support of the citizens of Virginia who, much to the liberal media’s disappointment no doubt, peacefully rallied yesterday….

…for their natural-born right to self-defense.

We stood with Virginia in defiance of their overreaching government, now dominated by Democrats, promising to impose on its citizens some of the most Constitution-shredding—including their own state constitution—gun control proposals in recent memory. And because those same power-drunk authoritarians need reminding of who’s ultimately in charge in this country. And here’s a hint, Governor InkyFace d’Infanticide: it ain’t you.

Hundreds of people gathered in McEuen Park for a flag wave and pro-Second Amendment rally. https://t.co/4yMvLVVlqV

Our rally—which too was peaceful and well-received—delivered its message just as unambiguously: we will not comply.

…and, of course, snow removal…

…and then this opening to the line-up of the day’s speakers:

Someone hand me a tissue.

Then came my good friend, Danielle Ahrens, formerly in law enforcement, who’s heavily involved in both local and state-wide politics, as well as right-to-life organizations here in Idaho (and my apologies for the camera orientation!):

Then came Alex Barron, veteran and candidate for Idaho senate, who discussed the long and racist history of gun control (I’m looking at you, Ralph Northam). Here’s a couple of snippets:

I lament that I’m not in Alex’s district, and that I therefore cannot vote for him. I’d be proud to call him my senator. And that peacoat? Fabulous, sir (wink, wink).

Included in the speaker line-up was the chairman of the Kootenai County Republican Central Committee who narrated a story about how Australians are routinely punished for criticizing things like their government, or the left’s sacred cow, climate change. A response to this complaint, he noted, was this:

“Did you expect anything different when you allowed them to take your guns?”

And that’s the ultimate lesson those who have yet to understand why we have a Second Amendment, and why we must vigorously defend it, must learn. So thank you to all who spoke so eloquently about the bedrock principles of our country, and the effort all of us must continue to make to jealously protect them.

We Idahoans aren’t known for equivocation, and our message yesterday was clear: we stand for freedom; we stand for future generations; and we stand on the shoulders of those who came before us, those who gave all so that we may remain free, and we owe them nothing less. We won’t be bullied; we won’t comply; and we stand with our brothers and sisters in Virginia who are fighting for their Second Amendment right to self-defense, for without the Second, the rest of our rights will fall like so many dominoes, just as in Australia.

Virginia’s momentous history is peppered with the shrugging-off of tyrants. Here’s hoping its citizens remember that, or re-learn it, for every once in a while, those who govern over us, and demand our compliance, need reminding about just who truly holds the power.

“We’re going to stand up amid anything they can muster up, letting the world know that we are determined to be free!” –Martin Luther King Jr.