Next post
North Idaho: Standing with Virginia in Defense of Our 2A 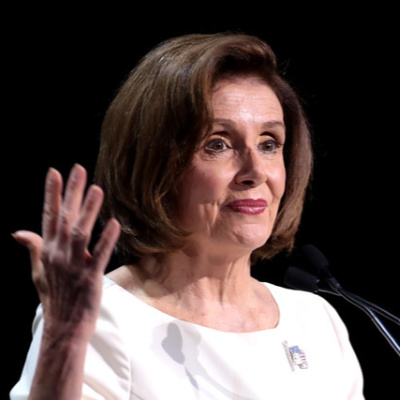 Real Time with Bill Maher premiered a new season on HBO this weekend. His first guest was Speaker of the House, Nancy Pelosi. Fresh from finally delivering the Articles of Impeachment to the Senate, Nancy was positively glowing and giggling. She wanted to deliver a personal message to President Donald John Trump, “Impeachment is forever.” Well, Nan, here is a personal message from me to you, “Ugly is forever, too.”

When I say “ugly is forever”, I mean it in the Southern sense of the word. Here is a good definition of Southern ugly from Town & Country:

When a Southerner says, “She’s ugly” or “that’s ugly” they are not talking about someone’s looks. They’re commenting on what’s inside that person or how they’re behaving. It’s bad.

Acting ugly will get you a bad reputation in polite society and your Mama will wear you out. By polite society I mean, even the town drunk will cross the street when you walk by. Now, I want you watch the whole video. The whole thing. All twelve minutes of it. You will be a slack-jawed yokel when you are finished, but watch it. Here you go:

Let’s just start with the multiple bows and fist-bump. Pelosi is so gall-durned proud of herself, she can’t even begin to be gracious in victory. I am not going to fisk the Bill Maher narration of Pelosi’s “wins” during the month she held on to the Articles of Impeachment. We know that’s just pablum for the low-fo audience. I know that it’s trying to watch Pelosi with her awkward, inappropriate face and hand gestures. I frequently had to turn away and just try to listen, which is hard enough. If you couldn’t watch the video, here is a summary from The Hill.

When Bill Maher says that, “you couldn’t turn away from a thing like this” and Pelosi responds with the “self-impeaching” line, I wanted to snatch her bald. But, then, Nancy says with glee, “And, you’re impeached FOR-EVER.” I wanted to slap her into next week. Hey, Nancy, wipe that smile off of your face! You troll for dollars in Silicon Valley while your constituents shit in the streets. You are so ugly (in the Southern sense) that the ladies of the evening have more class than you. Don’t wrap your sorry backside in the Constitution.

Next, Bill Maher says that Pelosi tip-toes right up to the line of calling Senate Majority Leader Mitch McConnell, Un-American. Nancy responds with “Moscow Mitch”. How nice that Nancy is as pure as the driven slush. She is doing more damage to the fabric of America than Vladimir Putin could ever dream. And, never forget, the Senate is the Upper House, the House of Representatives is the Lower House in our bi-cameral system. Mitch is on top of you, Nancy, just saying.

Maher and Pelosi try to pretty everything up by saying that they want to be kind to Republican voters. But, darlings, we know that when you insult our elected officials, you are insulting us. You and Maher are both condescending hypocrites. And, like impeachment, ugly is forever. Bless your heart. 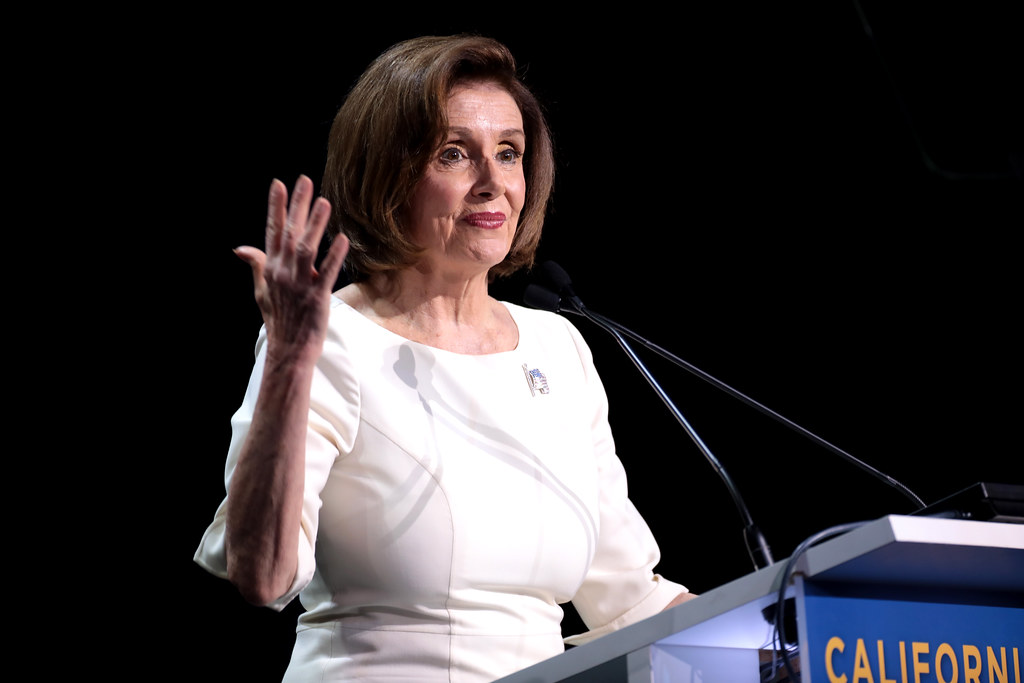 “Nancy Pelosi” by Gage Skidmore is licensed under CC BY-SA 2.0