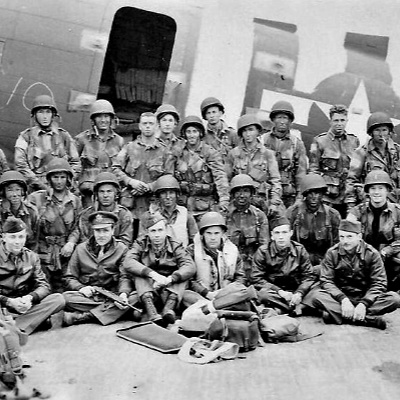 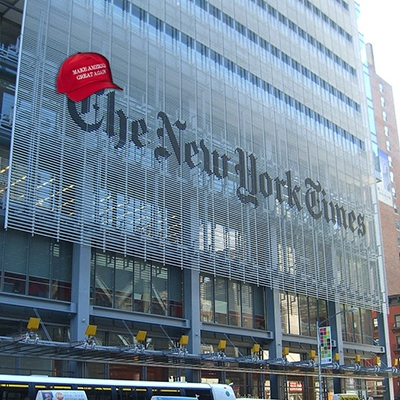 It’s not often that we read something even remotely favorable toward President Trump in The Newspaper of Record, also known as The Failing New York Times. It’s even rarer when it comes from a former Obama administration staffer. Yet, that’s exactly what happened yesterday with regard to the likelihood of President Trump’s re-election prospects.

In a New York Times editorial citing the robust economy and the power of incumbency, Steven Rattner, counselor to the Treasury secretary in the Obama administration, used stats from an “election outcome modeler”—the same model that foretold a Trump win in 2016—to make his case (you can read more about the model in his New York Times piece):

One of the first — and perhaps still the best — of these models was created by Ray Fair, a professor at Yale. He found that the growth rates of gross domestic product and inflation have been the two most important economic predictors — but he also found that incumbency was also an important determinant of presidential election outcomes.”

“It’s worth noting that the Fair model is hardly alone in its forecast. Mark Zandi, the chief economist at Moody’s Analytics, has looked at 12 models, and Mr. Trump wins in all of them. Donald Luskin of Trend Macrolytics has reached the same conclusion in his examination of the Electoral College.”

Yes. It’s the economy, stupid. Like him or not, Trump has flipped the anemic Obama economy around in record time. And while Mr. Obama and his hapless sidekick, Joe Biden, continue taking credit for it, it’s all thanks to the Trump administration. Where the Obama administration was saddling us with crazy, out-of-control regulations, the Trump administration has slashed them at warp speed. Couple that with tax cuts for both employers and employees, and even an economic novice like myself can look at it and say “Duh.” Cutting taxes and the regulatory nightmare that kept our economy from recovering is the very reason it has. Yes, there are sore spots—the ongoing trade war with China is the culprit that’s helping cause economic woes for some—but overall, no Democratic candidate can compete with Trump on the economy. And just about everyone knows it.

But there’s more that makes Trump the odds-on favorite next year.

Speaking of taxes: yes, they’ve been slashed, and though the Left would have us believe that only “the rich” (aka: employers; ever work for a poor person?) enjoyed the fruits of the tax cuts, just about everyone has enjoyed some relief from over-taxation. Now contrast that with, say, Pete Buttigieg who wants to re-birth the death tax, as well as a whole host of other punitive taxes. But ask yourself this: Why, when the federal government is raking in record amounts of revenue thanks to unemployment levels unseen in decades, would it need MORE tax revenue? Answer: because their promised Free Stuff For Everyone is, in fact, not free. I think I’ll keep my money, Mayor EmptySuit, and spend it on whatever I see fit, thank you very much.

And what I’d like to spend it on is border security. Remember that combat veteran who started a GoFundMe to build the wall? And remember how some in the media were asking what his organization did with all that money (he must have embezzled it, doncha know!)? Well…looks like his organization is constructing a barrier, on private property, in a half-mile gap between El Paso and New Mexico:

WOW AMAZING WORK DONE BY THE TEAM AT #WEBUILDTHEWALL https://t.co/d1eCnCw5kx
spread the word and support #MAGA

Yes, it’s a drop in a very large bucket, but I’ll take it. Golf clap to American ingenuity!

It’s simple: the Democrats want open borders. They want a European Union-type amalgamation composed of the United States, Canada, and South America. They want a centralized government run by leftists—both Canada and much of South America are left-leaning and thus a central government would likely be dominated by same—with our voices relegated to the back bench. The fact that the vast majority of Americans agree with Trump that we need robust border security and a merit-based immigration system makes no difference to them. Their goal is one-party dominance, and open borders is part of how they plan to achieve it. Even if it means evil is allowed in unencumbered…

Which brings me to Islamic terrorism: while there will always be Islamic extremists, the appeasement and containment efforts the Obama administration implemented for eight long years have come to an abrupt end. The ISIS caliphate is no longer, and it’s all thanks to an aggressive campaign to root them out of their Middle East strongholds. No, they are not eradicated; far from it; iterations of them live on. But the public beheadings and brutal oppression of the people whose territories they occupied has ended. In other words, the Nazis of our time that the Obama administration allowed to metastasize were immediately addressed by the freshman Trump administration. And that should prove to American voters that a feckless, Neville Chamberlain-esque approach to genocide is never the answer. And that’s exactly what yet another Democrat administration would give us.

So, while I’m loathe to agree with anything the Gray Lady prints, the New York Times is probably right on this one, albeit via an opinion contributor. Trump gives us plenty to face-palm over, no doubt. But I think many of us have gotten used to his, ahem, quirkiness over the past two-plus years and recognize that he works tirelessly on behalf of every American and sees freedom as a feature and not a bug. On the other hand: the Democrats (gobs of them live at the New York Times, I might add) are flat-out nuts. They want control over every aspect of our lives from cradle to grave and don’t care what it takes to get there. So I’ll take the economy for $2,020, Alex, with a side of freedom and patriotism. And a high-five to the New York Times, who may finally have gotten something right, even as they held their noses and hit “publish.”