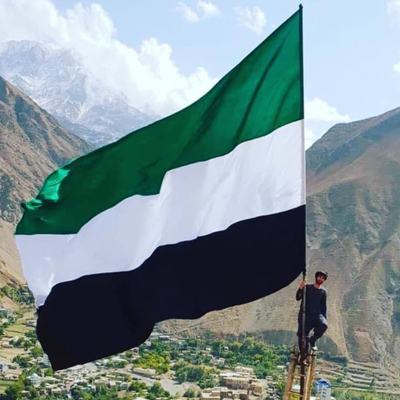 Joe Biden may have given up Afghanistan to the whims of the Taliban, but one group refuses to give in. The National Resistance Front, holed up in the Panjshir Valley, is continuing the fight under the leadership of Amrullah Saleh. Saleh is the former Vice President of Afghanistan, and he doesn’t have kind words for Joe Biden, either.

Unlike President Ashraf Ghani, who took the money and fled to the United Arab Emirates, Saleh instead went to the Panjshir Valley, a remote spot with mountains surrounding it, making it a geographic stronghold. From this valley, Saleh issued a dispatch in which he showed his anger at the West — America, in particular. It reads, in part:

“The betrayal of Afghanistan by the West is colossal. . . .”

“The Americans may boast about evacuating some 123,000 people from the country (of whom 6000 were Americans), but there are 40 million of us.”

But Saleh had especially harsh words for Biden:

“Biden was determined to end America’s ‘longest war’ and would no longer countenance keeping even a few thousand soldiers in my country to support our own Afghan forces – despite our enormous sacrifices and the advice of his own generals.”

“It was a very artificial frustration and, I believe, for the purposes of electioneering. But the world over, the currency with which the Americans are paying is their credibility and standing.”

Saleh is refusing to submit to the Taliban, much like the legendary 300 at Thermopylae. In his dispatch, Saleh wrote of “many fighters” flocking to join the National Resistance Front in the Panjshir Valley. The force includes, he says, anti-Taliban fighters, former security forces, and just regular Afghan folks who don’t want to live under the Taliban. He also said they have contacts around the country, especially in northern and central Afghanistan. 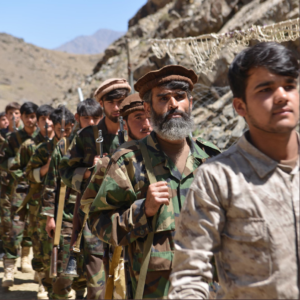 And then there’s the valley itself. Says Saleh:

“The snow-capped mountains of this valley, some 90 miles north of the Afghan capital, Kabul, are majestic and there is a long history of successful resistance here.”

“Survival does not necessarily mean defending each and every inch of the territory. It means ensuring that the enemy will never gain control here.”

The Panjshir Valley has indeed been a stronghold of resistance in the past. The Russians couldn’t gain control of the Valley when they occupied Afghanistan from 1979-1989.

The Taliban itself failed as well when it held Afghanistan from 1996-2001.

Plus, the National Resistance Front has another weapon: Ahmad Massoud.

Massoud is the son of the legendary guerrilla fighter Ahmad Shah Massoud, the “Lion of Panjshir,” who successfully fended off the Soviet occupation as leader of the Northern Alliance. He then fought off the Taliban. However, the Taliban assassinated him in 2001, two days before the 9/11 attacks. Massoud became a national hero.

Now the son is joining with Amrullah Saleh in following his father’s footsteps by fighting the Taliban. The younger Massoud brings a certain caché to the fight, too, as he is a graduate of the UK’s Royal Military Academy in Sandhurst. And, like his father, he also rejects radical Islamism.

Ahmad Masood, son of Ahmad Shah Massoud and a graduate of the Royal Military Academy in Sandhurst, speaks in excellent English the right words for a Western listener about what he and his fighters will fight for:#AfghanLivesMatter #AfghanistanCrisis #Afganistan pic.twitter.com/guc9PcrW0Z

Ahmad Massoud has also announced that he’ll never give up the fight for the sake of God, justice, and freedom. That includes freedom for women, as well. And, like his father, he inspires people.

Fact @AhmadMassoud01 is the reason people stand and fight for freedom.

He already made a legacy and the world will remember him as true hero who stand with his people and fight for Justice & freedom.

As of this writing, it appears that the National Resistance Front is holding their own against the Taliban.

The NRF battled the enemy in the Panjshir Valley on Saturday, with the Taliban claiming victory. Balil Karimi, Taliban spokesman, crowed on Twitter that “The Mujahideen (Taliban fighters) are advancing toward the centre (of the province).”

Eh, not so fast. The National Resistance Front instead claimed that they had annihilated some 600 Taliban fighters. Fahim Dashti, the NRF spokesman, also tweeted:

“About 600 Taliban terrorists have been liquidated in various districts of Panjshir since morning. More than 1,000 Taliban militants have been captured or surrendered themselves.”

Not only that, but the NRF also liberated a lot of weapons from the Taliban, too.

The Northern Resistance Front (NRF) Alliance captured a lot of weapons from Taliban fighters after their defeat in the battle in #JabalSaraj, #Afghanistan. #NorthernAllianceForces pic.twitter.com/T4iyqgKM0Z

And a resident of Panjshir reported:

“Taliban have suffered heavy losses. The area is under seize and all transportation routes are closed.”

If the NRF held their own in the battle, that’s major, especially since the Taliban has all that American equipment. But the National Resistance Front stockpiled their own armory, too.

The National Resistance Front may have held off the Taliban for now, but they have a tough road ahead. That’s because, as correspondent Lara Logan tweeted:

On top of that, the Taliban have created an economic and communications blockade of the Panjshir Valley, leading to a humanitarian crisis. As a result, Amrullah Saleh appealed to the United Nations for help:

“We call on the United Nations and the international community to do its utmost to prevent the Taliban’s onslaught into Panjshir province and encourage, negotiate a political solution to ensure thousands of displaced and hosting civilians are saved.”

With so much stacked against them, and surrounded on all sides by the Taliban, will the people of the Panjshir Valley hold out? Let’s hope — and pray — that the courage of Saleh, Massoud, and the National Resistance Front will keep the Panjshir Valley as a place where Afghanis can live free of Taliban oppression.