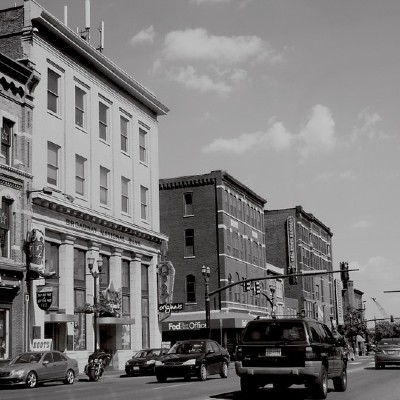 What we don’t know about the bombing in Nashville that happened early on Christmas morning far outweighs what we do know.

The facts as we know them are spotty and frightening. Surveillance video puts the RV which later exploded on that street in Nashville being parked around 1:22 am on Friday.

BREAKING: This is the RV that exploded on 2nd Ave N this morning. It arrived on 2nd Ave at 1:22 a.m. Have you seen this vehicle in our area or do you have information about it? Please contact us via Crime Stoppers at 615-742-7463 or online via https://t.co/dVGS7o0m4v. @ATFHQ pic.twitter.com/JNx9sDinAH

The sound of gunshots rang out sometime around 4:30 am, according to witness reports. Police arrived in the area around 5:30 am. The pre-recorded message announcing that the RV was going to explode “within 15 minutes” began later, and began counting down, with the explosion happening around 6:30 am.

The surveillance video that captures the recorded message and the explosion is nothing short of chilling.

While we are still waiting for the FBI, ATF, and all the other involved law enforcement agencies to piece together what happened – and to figure out who the discovered human remains belong to – we can be incredibly grateful for what is nothing less than a Christmas miracle, thanks to the efforts of six Nashville police officers.

As the countdown continued, six police officers who heard those warnings sprang into action, helping residents in downtown Nashville evacuate before the motor home made good on its threat and exploded Friday morning.”

The bomb tore through the neighborhood in the predawn hours, yet only injured three people thanks to the officers’ quick work and bravery, officials said.”

“Officers immediately began knocking on doors and evacuating residents here, not knowing if the bomb was going to detonate immediately or if it was going to go off in the time that it was stated,” Metro Nashville Police Chief John Drake said.”

Nashville Mayor John Cooper praised the six responding officers, saying they “took swift action and directed people away from danger to save lives, even at the time that their own lives were imperiled.”

“They are heroes. And I am grateful for them and all of Nashville’s first responders,” Cooper said.”

You will not hear any asinine slogans about “ACAB” or “Defund the police” being tolerated around the greater Nashville area for a while. It takes a attack like this to make even the most thickheaded of social justice warriors fall silent for a few moments, and realize that without these six officers, there would have been many more than just three civilian injuries. Death would have been claiming innocent people on Christmas morning, but because these six brave men and women ran toward the danger in order to save lives, we are asking questions instead of grieving lives lost.

And there are a LOT of questions to be answered. Why Nashville? Why this street? Why Christmas Day? Whose human remains are these? Why the pre-recorded warning? What were the gunshot sounds? Was someone committing suicide as they were setting the bomb? Was someone covering up a different crime with a larger one? Do the remains belong to an innocent victim that has not been accounted for yet? These are just the ones that come to mind in the first few minutes of taking in some of the details.

An IED bombing of this size and this scale is nothing to be scoffed at or glossed over. Someone, or multiple someones, put a lot of thought into how this was going to happen. It is now the job of law enforcement to figure out the who and the why. And despite the miracle of the Angel of Death passing over these blocks of Nashville, thanks to the efforts of the police officers, those tasked with investigating the attack didn’t take Christmas off. Authorities have already identified a person of interest in the case, and following multiple leads via tips.

BREAKING: @jeffpeguescbs reports for CBS News: Anthony Quinn Warner, 63, is the person of interest in the Nashville Christmas Day explosion. At least 2 tips were called in to @FBI about Warner, prior to the explosion. Quinn is a Nashville area resident https://t.co/FCZdy13a6b

However, authorities are being cautious and not openly naming anyone publicly during their press conference as a person of interest. A person of interest is just that, and that doesn’t mean that the person named is the suspect, despite the random Twitter sleuths now trying to pick apart every detail in response to a name being provided.

We can be thankful that the investigation is moving swiftly, and hope that they find the perpetrator quickly. And we can also be thankful for the Christmas miracle that, through unexplained motives by the bomber, six brave police officers seized the initiative to evacuate as many people as they could before the bomb went off, resulting in few injuries. THIS is the reason why we must support those men and women on the thin blue line. When presented with a truly terrible moment, they acted in selfless service to save lives. They deserve our respect and our gratitude. 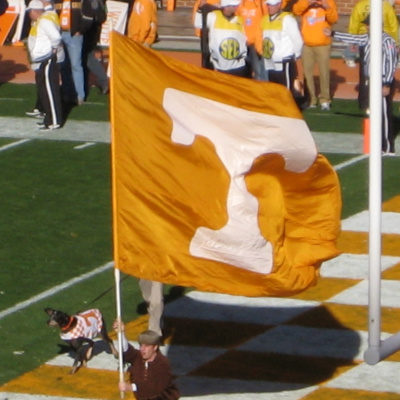