Next post
Guest Opinion: “What can I do?” people ask. 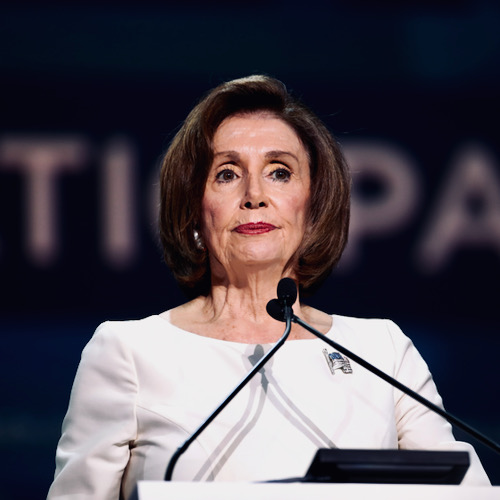 The Afghan women are already and will be suffering at the hands of the Taliban. Nancy Pelosi FINALLY has a statement. She’s “deeply concerned.”

“The Taliban must know that the world is watching its actions. We are deeply concerned about reports regarding the Taliban’s brutal treatment of all Afghans, especially women and girls. The U.S., the international community and the Afghan government must do everything we can to protect women and girls from inhumane treatment by the Taliban.

“Any political settlement that the Afghans pursue to avert bloodshed must include having women at the table. The fate of women and girls in Afghanistan is critical to the future of Afghanistan. As we strive to assist women, we must recognize that their voices are important, and all must listen to them for solutions, respectful of their culture. There is bipartisan support to assist the women and girls of Afghanistan. One of the successes of U.S.- NATO cooperation in Afghanistan was the progress made by women and girls. We must all continue to work together to ensure that is not eroded.

Given all the strongly worded begging statements issued multiple times in the last 48 hours from the State Department, the White House, and others, Nancy’s statement is equally weak and the Taliban is laughing at us all.

Afghanistan has fallen, most of it at this writing, to the Taliban. Yet Nancy is here to tell us she is “deeply concerned” about the plight of Afghan women under Taliban rule. It seems she believes that issuing a sternly worded finger wagging statement will have the Taliban snapping up straight and saying ‘Yes Ma’am! No Ma’am! Right away Ma’am!’

And…that won’t happen. The Taliban is looking at Nancy and saying “who?”

Especially since Nancy also had to emphasize TWICE in her statement how fabulous Joe Biden’s statement (penned by someone else) is. Biden’s statement, also issued some fabulous warnings…and then put the blame on President Trump. Because, that’s how the Biden White House rolls.

Here’s the thing with Nancy Pelosi and the plight of the women in Afghanistan. She. Doesn’t. Care.

She only issued that statement because politics demanded it. Guess who else hasn’t issued statements or even tweeted about what is happening at the time of this writing?

As I noted the other day, the Taliban is, after twenty years, reasserting their control. Which means that women are once again being relegated to the home and regarded as nothing but slaves.

This is the real-life Handmaid's Tale. A true cautionary tale for the U.S., which has our own far religious right dreaming of a theocracy that would impose a particular brand of Christianity, drive women from the workforce and solely into childbirth, and control all politics. https://t.co/R1lSCSUVwv

Joy Reid is awful. But you know what? I’d bet that Nancy and her women cronies are in full agreement with Joy’s asinine assertion.

The fall of Mazar-e-Sharif, the country’s fourth largest city, which Afghan forces and two powerful former warlords had pledged to defend, hands the insurgents control over all of northern Afghanistan, confining the Western-backed government to the center and east.

Mazar-i-Sharif was an anti-Taliban stronghold. It was ALSO the location where CIA officer Johnny “Mike” Spann was killed in November 2001.

Yet as more of Afghanistan falls, Biden is out to lunch…er vacation at Camp David, and Nancy issues a weak sauce statement purporting to beg the Taliban to let women have a seat at the table. Her voice is useless when Afghans and the Taliban heard this from Biden last year.

As a candidate in early 2020, Biden was asked whether the United States had a responsibility to Afghan women and girls in light of a possible Taliban takeover. “No, I don’t!” Biden said. “Do I bear responsibility? Zero responsibility.”

“The idea of us being able to use our armed forces to solve every single internal problem that exists in the world is just not within our capacity,” he continued. “The question is, is America’s vital self-interest at stake or the self-interest of one of our allies at stake?”

If you really look at how “deeply concerned” Nancy Pelosi is for the women in Afghanistan, read her statement again. There isn’t any deep concern. Nope, not one bit. This was a political statement amidst growing pushback on Biden’s disastrous foreign policy.

Well, yes he did. And he’s hiding at Camp David instead of staying in DC to be front and center regarding the safety of embassy personnel and our soldiers.

America's suffering one of its worst foreign policy defeats in history and definitely worst in the lifetime of millennials and on down….and all we get from the White House is a tweet of Joe pretending to take notes at Camp David on a video call. https://t.co/eybBp5Ds8q

Sends a helluva message doesn’t it?

Nancy’s political platitude statement about how “deeply concerned” she is doesn’t help either. Nor does the deafening silence from the rest of Nancy’s Democrat cohort.

The sheer amount of vehicles raises the question if anyone ever used them after they were paid and transferred by the US …
Now every Taliban fighter gets his own Ford, Toyota, Humvee or MRAP. pic.twitter.com/3wfSMt2VPR

No. Instead they’ll both issue carefully crafted statements replete with vague threats, while American embassy personnel and Afghans are hoping they won’t be left behind. That they too will be able to get on that last plane out of the danger zone.

Meanwhile, what will the Taliban do? Laugh in their faces and continue once again turning Afghanistan into the Graveyard of Empires.