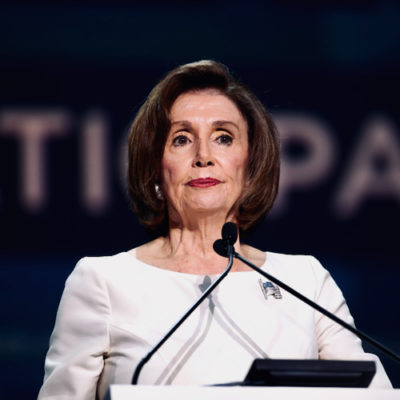 Next post
Nancy Pelosi Is "Deeply Concerned" About Afghan Women

Not all douchery is committed by out-and-proud-that-we-hate-America Leftists, but we get some pretty eye-opening pro-authoritarianism from ostensible conservatives, too.

Ahhhhnold: You can take the boy out of “Austria” …

But you can’t take the “screw freedom” douchery out of the boy.

“I think people should know: there is a virus here. It kills people. And, the only way we can prevent it is to get vaccinated, to wear masks, to do social distancing, washing your hands all the time – and not just think about, ‘Well, my freedom is being kind of disturbed here.’ No.

Schwarzenegger tries to then speak about obligations and responsibilities. One wonders what ex Maria would say to that. “Schmuck” might be the kindest epitaph for Governor Schtup-the-maid.

Such a sweetheart! And she goes on to pathetically claim any criticism of her remarks are, you know, wHitE FrAgiLity!

Someone should let those sorry sucking sacks of skin about the first rule of holes.

It is for this latter reason, even more than for their TDS-inspired lunacy, that the Lincoln Project is completely inept at reaching any Republican voters. They aren’t even trying to reach them, though, so it’s no surprise that they put out trash ads like this one targeting Texas Governor Greg Abbott and Florida Governor Ron DeSantis

As Glenn Greenwald points out …

Finally, after their various scandals, the Lincoln Project should probably avoid telling people how to keep kids safe.https://t.co/Puwj6WhRzR

Well, Leftists believe non-citizens should vote in American elections, too

It’s no surprise that a Yale professor would float the idea of ridding the world of American sovereignty.

Samuel Moyn, who serves as a professor of both history and jurisprudence at Yale University, argued for a constitutional amendment that would impose international law on American citizens.

My advice at this point is to never accept political labels at face value. To paraphrase Robert Heinlein, regardless of how people self-identity, the human race ultimately breaks down into two camps — those who want people controlled and those who have no such desire.