Previous post
Bigmouth Joe Is An Insult To The Black Community

MSNBC Contributor Says We Have An Infantile View Of Freedom

MSNBC Contributor Says We Have An Infantile View Of Freedom 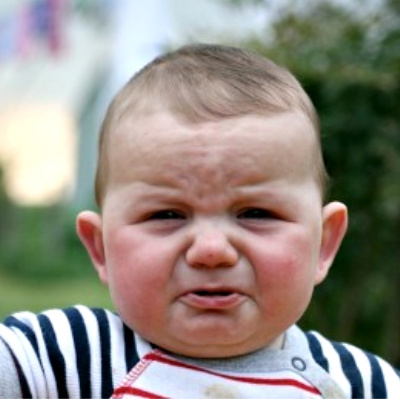 by Toni Williams in Everything Else, politics 10 Comments

An MSNBC contributor named Anand Giridharadas believes that those of us who are balking at the heavy hands of government, during this Covid-19 pandemic, have an infantile view of freedom. Those of us doing the balking may believe that Mr. Giridharadas is a condescending nimrod with no understanding of The Constitution. We would be correct.

Since like me, you had never heard of Anand Giridharadas before today, I looked up his bio. Mr. Giriharadas attended Sidwell Friends School in Washington, D.C.. He has written for the New York Times and the International Herald Tribune. He hosts a program called “Seat At The Table with Anand Giriharadas”, in addition to his role as an MSNBC contributor. This particular interview was conducted by Christiane Amanpour. So, why does Mr. Giridharadas believe that we have an infantile view of freedom?

Watch the video, and then, we will discuss:

Mr. Giridharadas asserts that many Americans have a childlike understanding of freedom that goes back to our founding. Um, yeah. Those of who know our history do have an understanding of freedom that goes back to our founding. “Childlike”? Our Founding Fathers were highly educated men. James Madison, John Adams, Thomas Jefferson and Alexander Hamilton knew what it was like to live with the King’s boot on their necks. Their speech and movements were restricted and their homes were not secure from the King’s intrusions. They could not peaceably assemble. That might be why good, old James Madison included the right to peaceably assemble in the First Amendment with freedom of speech, religion, the press and the right to petition the government for the redress of grievances.

Mr. Giridharadas next statement is that we are paranoid about the government being way more interested in us than we are interesting. Mr. Giridharadas, and I mean this in the most sincere and loving fashion, “Bless your heart. I’ma pray for you.” You have boring, trite and shallow opinions of those who disagree with you and you are going to say we are not interesting. Epic fail.

We are paranoid because we don’t think the government has the right to shut down churches and small businesses. Try again. Maybe we have read The Constitution. Nowhere does it say that the rights come from God and not the government, except in the case of a pandemic.

Next, Mr. Giridharadas claims that we are in more danger from private actors, like banks, than we are from government overreach. We are just paranoid about government. The government is not coming for our guns. Right. Tell that to the folks at Ruby Ridge.

Mr. Giridharadas says that our government is our bulwark against be underpaid. It’s government that can get us $15.00 per hour. Apparently, in all his education, he has never heard of personal agency. If you are underpaid, if you desire more than $7.00 per hour, you can get better educated, often through taxpayer funded education programs. You can move to a different area, where there are better opportunities. Mr. Giridharadas apparently is ignorant of life as an American citizen, although he was born in Shaker Heights, Ohio, right outside of Cleveland. I am appalled by his ignorance. At his age, about 39, it’s not just ignorant, it’s downright infantile to be this uneducated.

Before you deride others’ views as infantile, you ought to take a self-inventory. If you don’t, you will come off as a condescending nimrod.