Previous post
Who's insane-the mentally ill, or the courts that keep them from the help they need?

by Kate in Headlines 73 Comments

It’s shameful really. While people in the bankrupt state – my home state – of California, are actually lining up to turn in their guns for grocery store gift cards, our feckless Congress, with uber-lib California Senator Dianne Feinstein taking lead, plans to launch significant new gun regulations next month.

A lot of people are not happy and don’t feel this is *just about* assault weaponry in light of the school shooting in Newtown, Connecticut. In fact, some suggest that Feinstein was just waiting for a open door to push a gun ban anyway; that this isn’t because of Sandy Hook. According to these reports from early Nov. 2012 Feinstein was already indicating that she planned to push a assault weapons ban if Obama were re-elected. They never waste a crisis; they always lie. We know this.

Her gun ban legislation has made one person in particular so concerned that he, as veteran Marine, decided to come out of the shadows and go public with his feelings. His name is Corporal Joshua Boston and he wrote a very polite but direct letter to Senator Dianne Feinstein regarding her gun ban legislation. You can read it below. 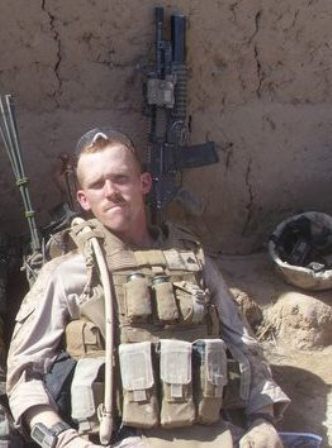 I will not register my weapons should this bill be passed, as I do not believe it is the government’s right to know what I own. Nor do I think it prudent to tell you what I own so that it may be taken from me by a group of people who enjoy armed protection yet decry me having the same a crime. You ma’am have overstepped a line that is not your domain. I am a Marine Corps Veteran of 8 years, and I will not have some woman who proclaims the evil of an inanimate object, yet carries one, tell me I may not have one.

I will not be disarmed to suit the fear that has been established by the media and your misinformation campaign against the American public.

We, the people, deserve better than you.

Is this a real letter from a real Marine? I don’t know. CNN says they didn’t vet this. But I suspect it’s very real indeed. I do know there seems to be a lot people, across the country, who feel like Cpl. Joshua Boston, including myself. And in the middle of all this Congressional jackassery, gun sales have soared since the Newtown school massacre, including in Connecticut where retailers are selling three times more guns than a year ago. 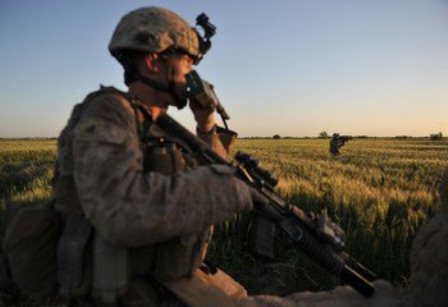 Hey, because you want to know, I was able to confirm through our friends and their sources at This Aint Hell, that Cpl. Joshua Boston does indeed exist. He’s a Marine and is the author of that epic letter above, written to Senator Feinstein. Cpl. Boston is no longer active duty and is a proud Veteran.

Here is a great video of Joshua Boston appearing with Steve Doocy on FOX. Great job!