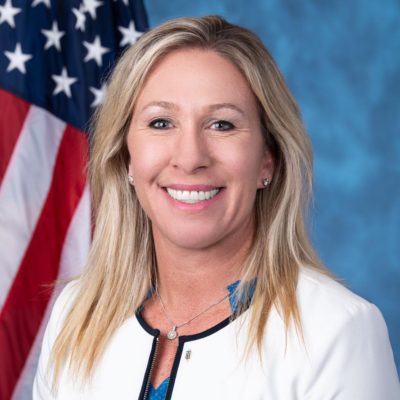 Next post
Biden Demands Gun Control For You, Not Hunter 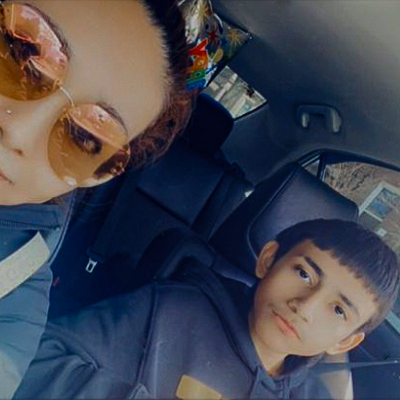 By now you’ve should’ve heard about the Hispanic teenager who died a martyr on the streets of Chicago, dead of a gunshot.

Her name was Lydia Jimenez, and she was 17 years old. She died Thursday evening when someone shot at the driver of the car in which she was riding. Lydia took a bullet to her head.

What, you didn’t hear about Lydia Jimenez? Of course not. She doesn’t fit the martyr narrative the media want.

Instead, you’ve no doubt heard lots about Adam Toledo, the 13-year-old boy whom police shot in the wee hours of March 29 in Chicago. The city released the body cam footage to the public on Thursday, which our Toni shared and discussed. For in-depth dissection of four pertinent frames from the video, see Rafael Mangual’s fine analysis here in City Journal.

“The video clearly depicts a tragedy—but it is far from clear that it depicts a crime, let alone one motivated by racial animus.”

The media, however, have reduced this story to one of the Latino boy from Chicago’s Little Village neighborhood whom the Chicago police murdered, even though he wasn’t holding a weapon. Because Adam Toledo was Hispanic, or poor, or had learning problems, or because the CPD is composed of brutes who kill people of color, even children. Pick your narrative.

Plus, on Fox News’s “The Five,” Geraldo Rivera became emotional about the “13-year-old kid with special needs” dying in the street, and that Fox needs to recognize the “anguish.” However, Judge Jeanine Pirro, a former district attorney, countered Rivera with some hard truth about Adam Toledo and a strong defense of police.

Needless to say, Chicago media were among the worst at piling condemnation on the CPD and making Adam Toledo a martyr. For example, photojournalist Mateo Zapata called the CPD “a police force that resorts to killing our youth during foot pursuits and justifies dehumanizing us because of gang affiliations.” Naturally, he wants the city to stop funding them.

Chicago Tribune columnist and predictable grievance-monger Dahleen Glanton wrote that “When police kill a child like Adam Toledo, all of us bear the shame and the blame.” Plus, it’d be good to turn him into a martyr, too.

We’re in dire need of change across this country right now. Police are killing too many Black and Latino people. Every day or so, there is a fatal or potentially deadly encounter. This must stop, and each of us has a responsibility.”

“I don’t care a lick what happened before the officer shot him, or what happened at any point in that child’s life. I don’t want to hear reflexive defenses of the police.”

Damn those pesky facts. The martyr narrative must be maintained.

I wonder, did any of those enraged media cop-haters bother to talk to, you know, a police officer about the shooting? 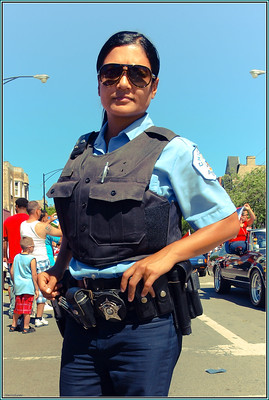 Yet one Chicago Tribune columnist did just that. John Kass spoke with former Chicago police superintendent Eddie Johnson for a podcast, who told Kass:

“All of this happened in less than a second. To think the officer could process it that quickly is not being fair. It’s tragic all the way around. … Tossing a weapon and turning around in a split second doesn’t give your brain time enough to process. Reality isn’t like Hollywood. It’s much different.”

There are other facts out there, too, which contradict the innocent martyr narrative. For example, there’s a video of the man whom Adam was with on the night he was killed: 21-year-old Ruben Roman. He tossed Adam Toledo to the curb that night when police questioned Roman about firing shots at passing cars.

He then continued to lie some more:

Police: “What’d you see out here?”

Police: “What do you think is going on?”

Roman: “I don’t know. Maybe shots fired or something.”

Not only did Roman toss Adam under the bus, but CPD member Martin Preib, writing at Chicago Contrarian, also surmises that Roman may have been the one shooting at cars. But when the police showed up, he gave the gun to Adam Toledo. In fact, it’s a common gang tactic, writes Preib.

“If investigations reveal that it was Ruben who fired the shots and who gave the gun to Toledo, then a key question arises: Why was Ruben not charged with the felony murder of Toledo? Why is the onus of blame on the officer and not on Roman?”

But that wouldn’t fit the media’s narrative, would it?

And then there’s the issue of Adam Toledo’s mother.

Yes, she’s grieving, and no one wants to criticize a mother in mourning. But her behavior has raised questions, too.

Elizabeth Toledo had reported that Adam was missing on March 26. However, he came home, and she correctly reported his return to CPD. But then he went missing again, yet she did not contact police. It was during these days that the shooting occurred, and Adam’s body lay in the morgue for two days because he had no identification on him. So when police came to her door, she thought they were going to ask her about the missing person’s report. Instead, they asked her to go with them to identify his body.

That’s bizarre behavior. I know that no one wants to criticize a mother who just lost her teenage son in a shooting, but aren’t media supposed to be asking questions when things don’t smell right? And shouldn’t they be reporting more on the actions of the despicable Ruben Roman?

But they won’t. You’ll most likely learn about such things on alternative news sites, or perhaps in smaller news stories a few days from now. Instead, the narrative must be maintained, and that’s how Adam Toledo died a martyr at the hands of a brutally racist Chicago cop.