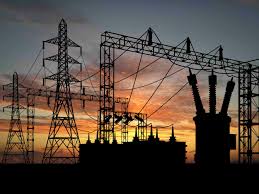 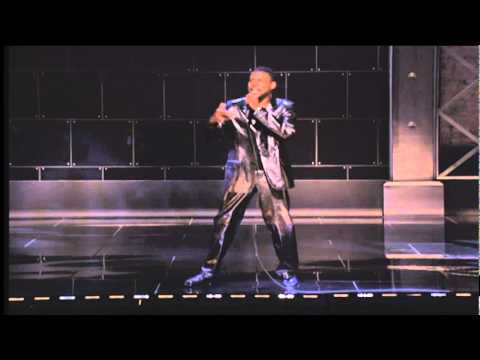 Hello there fellow VG fans and thanks for being here! This moment of weekend liberal logic is brought to you by our friends at Salon. Where, as my fellow blog sister Marybeth Glenn put it, they must have a fabulous paint chip salad bar for their employees (yes, I had to go there because that line is just too awesome for words.) Are they a parody site yet?

Apparently, this particular employee had an extra helping before drafting this article. The logic behind “Want a gun? Take a bullet: Take this, gutless NRA cowards — you can have a gun, once you understand the pain of being shot” is further supported by the writer citing this Chris Rock skit from 2012:

“We need bullet control––if bullets were $5,000, people would think before they shot some one! You gotta really piss someone off for them to dump $50,000 worth of bullets in to you!”-Chris Rock

D. Watkins argues that Rock was “on point” with $5,000 bullets. Never mind the argument that only a rich elitist would be able to afford ammo for their weapon and therefore be able to defend him or herself, Watkins takes this one step further by stating this:

“I believe that being shot should be requirement for gun ownership in America. It’s very simple. You need to have gun, like taking selfies with pistols, can’t live with out it? Then take a bullet and you will be granted the right to purchase the firearm of your choice.”-D. Watkins for Salon

Wait a minute, WHAT?!

So now, let me get this straight. I need to shoot myself with my 48 to rightfully own that firearm? Like in the foot? Where do you suppose I should shoot myself? And if this approach goes along with the “drivers license” checklist to gun ownership a fair amount of gun-control enthusiasts favor, then perhaps I should have someone run me over in the new car I purchased? You know, not kill me, of course but just enough that I break a few bones…because cars kill people, too. Or maybe if we plan to install a jacuzzi or pool in our backyard, should we perhaps try and drown ourselves first? What? You want to own a set of Japanese Ginsu knives? Make sure to stab yourself with the sharpest point in the set before buying! Looking for a new toilet at Home Depot….?

Some of the comments from readers were “right on point”, too:

Gutless cowards eh Salon? In addition to being a NRA member with a current concealed carry permit I’m also Active Duty Army with one deployment to Iraq and two to Afghanistan under my belt and I say this.. Mr. D. Watkins you and your fellow Liberal trash spewing hate jockeys would not know true courage if it reached up and bit you in the rear. You tar every single gun owner in the US as cowards it is you so called “journalists” that are cowards. You slander and run down anyone or anything you disagree with without the slightest shred of attempted impartiality and hide behind your freedom of the press to do it. Walter Cronkite would be ashamed of you and what his profession has become.

Thegrilledcheese
Do you plan on this applying to the presidents personal security forces? How about police officers?
How do you intend to impose this on all the criminals that have a gun illegally? No really. Do tell…

And then, there are these:

@Salon Sounds good. I believe 5 years in a gulag should be a requirement to promote socialism in America.

@Salon "I believe that being shot should be requirement for gun ownership in America" pic.twitter.com/KQsTZP4oeZ

@Salon What would you suggest that people who want an abortion be required to do?

Gun Control: If you want to buy a gun you should have to shoot yourself in the face first. #guncontrol

@Salon That pesky Constitution is driving you insane, isn’t it? 🙂

Dr. Ben Carson seems to be the man of the hour that liberals are attacking so it comes as no surprise to us that Salon takes a jab at him for “making matters worse” by being an advocate of fire arms being present in elementary schools with teachers and staff being trained to shoot should an intruder impose on the safety of the classroom. (GASP!)He’s so insensitive!! I say, good for Carson. Personally, I hate the fact that my son’s school has a big “Gun Free Zone” sign plastered outside near the entrance. The “Saloners”, however, have eaten the endless supply of paint chips and think Carson is barbaric for the mere suggestion of firearms in schools.

“I know that if you want to win a Republican nomination, you must be a rifle-hugging Christian. However, Carson’s responses to our nation’s gun problem, along with statements from the rest of the gang that make up the Republican candidates on the these mass shootings have been some of the most disrespectful, insensitive things I ever heard in my life and represent why many in our nation are disenchanted with party politics.”-D. Watkins

And yet we’re the ones who are being told that we stereotype and judge all too frequently! As a matter of fact, Salon, I’m-a-thumpin’ my Bible with my Sig Sauer right now. Judge all you want whether or not my doing so is disrespectful, insensitive and an act of cowardice (words you guys like to throw around after mass shootings to advance anti-gun agendas.) No, I’m not going to shoot myself because that’s plain DUMB but should some random thug come here with a firearm and DISRESPECT my home and attempt to complete and act of INSENSITIVITY and COWARDICE towards me or my family, I’m ready to roll.