Jacob Blake and Kamala Harris Proud Of Each Other

Next post
#PROAct Gets Biden Support. Disastrous #AB5 for Nation

Jacob Blake and Kamala Harris Proud Of Each Other 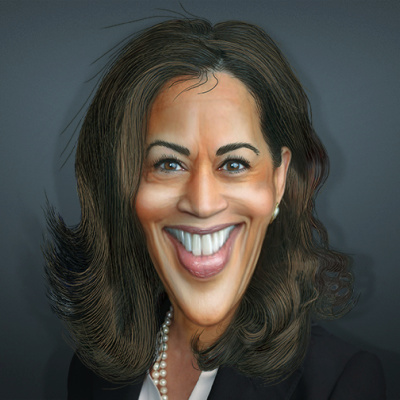 Kamala Harris, Senator and Veep pick for Joe Biden, visited Kenosha, Wisconsin on Labor Day to campaign. She met with the folks of Jacob Blake and told him by phone she was proud of him. For those of us who have a working memory, it was a breathtakingly awful moment to read about. If you don’t remember why, I have two words for you: Brett Kavanaugh.

As you scroll through the Victory Girls website, you may notice that the post prior to this one is about Kamala Harris and her flip-flop on fracking. The post is by our Deanna, it’s great, and you can read it here. Now, here I am writing about Kamala Harris and her visit with the family of Jacob Blake who was shot by cops. Why two in a row? Because we are nearing the finish line of the 2020 Presidential Race, and we have to call these pusillanimous shapeshifters out every chance we get. We most especially need to call out Senator Harris who will say anything, do anything, be anyone to fill her ambitions, which are not for the Veep slot.

Now, our Deanna has also written a post about the gruesome details of the events leading up to the shooting of Jacob Blake, Jr. and you must read them here. Remember “Believe all Women“? If that wasn’t gone before Kamala threw in with Joe Biden, it surely is now. “Believe only those women who are politically expedient” is the new mantra. Harris met with the Blake family and had high praise for them. Blake family attorney Benjamin Crump released a statement marking this moving occasion:

Democratic VP nominee @KamalaHarris spoke to Jacob Blake today, told him she is proud of him. pic.twitter.com/oCLYIcn3RS

It’s all so touching.

Dov Hinkind, founder of Americans Against Antisemitism, said in an appearance on Fox News that Biden’s meeting with Blake Sr. is a “double standard.”

“It is just beyond comprehension. Someone who follows Farrakhan, the No. 1 anti-Semite in this country, someone who preaches hate for the Jewish people … and Blake is a follower of Louis Farrakhan spreading his hate on social media to millions of people.”

That’s so yesterday. Kamala got no backdraft for meeting with Mr. Blake.

What makes Miss Harris’s praise for Jacob Blake, Jr. particularly egregious is her treatment of Supreme Court Justice Brett Kavanaugh. Of course, that was back in the simpler #MeToo movement days, when Kamala had her own Presidential ambitions not tied to Uncle Joe Biden. The following is from the Harris Senate website at the time of the Kavanaugh hearings:

So Judge Kavanaugh, as most of us know, and I will mention to you and you have young children and I know they are very proud of you and I know you are a great parent and I applaud all that you have done in the community. And so as you know and we all know, this is a week when most students in our country go back to school.

And it occurs to me that many years ago, right around this time, I was starting kindergarten and I was in a bus, a school bus, on my way to Thousand Oaks Elementary School as part of the second class of students as busing desegregated Berkeley, California, public schools.

That was before Christine Blasey Ford popped up. Remember this?

None of this has aged well. A fine man like Brett Kavanaugh gets treated poorly, but Kamala Harris is proud of Jacob Blake, Jr.. Doesn’t that really tell you all you need to know about what a pusillanimous shapeshifter Harris is?

Be sure to check in often with Victory Girls through November 3. We will keep you up to date on all the filthy underhanded tricks of Biden, Harris and the legacy media wing of the Democrat Party.