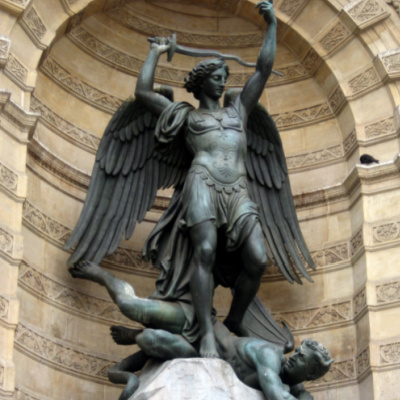 Oh, Black Rifle Coffee Company, what have you done? We loved you. We supported you. We bought our coffee subscriptions. We really dug your explosive videos. In one New York Times article, you insulted your entire customer base. The veil was pulled back and we saw who you really are. You really blew up your base when you dragged Saint Michael the Archangel. We are done with you.

Just in case you don’t read the New York Times, the article was “Can the Black Rifle Coffee Company Become the Starbucks of the Right?”. My initial reading of the article was that it was a typical smugly condescending post laughing at the Right. The author, Jason Zengerle, focused on Evan Hafer, a former Green Beret and CIA contractor who is the Founder and CEO of Black Rifle Coffee Company.

Zengerle and Hafer discussed January 6. Hafer didn’t approve of the Capitol breach, but he was unconcerned about the rioters until:

But Hafer’s distance from the incident collapsed that same afternoon, when he was alerted to a picture taken by a Getty photographer in the Senate chamber that immediately went viral. The photo showed a masked man vaulting over a banister holding several sets of plastic restraints, an apparent sign that the insurrectionists planned to take lawmakers hostage. The unidentified man, soon dubbed “zip-tie guy,” was dressed in a tactical vest, carried a Taser and wore a baseball hat with an image of an assault rifle silhouetted against an American flag — a design sold by the Black Rifle Coffee Company, of which Hafer is the chief executive. “I was like, Oh, [expletive],” he recalled. “Here we go again.”

Oh my sainted aunt, what in the unshirted Hell is that supposed to mean? Let’s find out what kind of shoes everyone there was wearing. I bet there were a few pair of Nike shoes. How about their underwear? Cancel Fruit of the Loom. Get a grip.

Next up, Kyle Rittenhouse. Rittenhouse shot three people in Kenosha, Wisconsin, killing two of them. His defense team believes he acted in self-defense and so do I. Please read this and understand. Upon leaving jail, Rittenhouse was photographed in a Black Rifle Coffee Company (BRCC) t-shirt. Evan Hafer released a video statement:

…in which he clarified that while Black Rifle believed “in the Constitution, the Second Amendment, the right to bear arms,” and “that a person is innocent until proven guilty,” the company didn’t sponsor Rittenhouse; “we’re not in the business of profiting from tragedy.”

That satisfied me, but apparently Hafer, who is Jewish, caught some anti-Semitic blowback. That’s not cool, people. Has that clouded Hafer’s perspective? I know it would mine. He is human. BRCC lost a couple thousand subscribers, but it largely went unnoticed by most of us patriotic subscribers.

The New York Times long piece was released on July 14. The article was so disdainful of Black Rifle Coffee Company and its executives that I felt sorry for them. I saw the hate tweets on Twitter, but I ignored them. I also ignored Hafer’s use of the word “repugnant” in the article:

“You can’t let sections of your customers hijack your brand and say, ‘This is who you are,’” Best told me. “It’s like, no, no, we define that.” The Rittenhouse episode may have cost the company thousands of customers, but, Hafer believed, it also allowed Black Rifle to draw a line in the sand. “It’s such a repugnant group of people,” Hafer said. “It’s like the worst of American society, and I got to flush the toilet of some of those people that kind of hijacked portions of the brand.” Then again, what Hafer insisted was a “superclear delineation” was not too clear to everyone, as Munchel’s choice of headgear vividly demonstrated.

Wow, you gonna stand at the door and question every purchaser, Hoss?

When I first read about Saint Michel the Archangel in the NY Times article, I even kinda, sorta understood the point:

Hafer and Best were talking in a glorified supply closet in the Salt Lake City offices, where potential designs for new coffee bags were hanging on the wall. One of them featured a Renaissance-style rendering of St. Michael the Archangel, a patron saint of military personnel, shooting a short-barreled rifle. In Afghanistan and Iraq, Hafer knew a number of squad mates who had a St. Michael tattoo; for a time, he wore into battle a St. Michael pendant that a Catholic friend gave him. But while the St. Michael design was being mocked up, Hafer said he learned from a friend at the Pentagon that an image of St. Michael trampling on Satan had been embraced by white supremacists because it was reminiscent of the murder of George Floyd. Now any plans for the coffee bag had been scrapped. “This won’t see the light of day,” Hafer said.

I get brand associations. I really do. I understood Hafer’s point, at first. But, Saint Michael is Saint Michael. He cannot be co-opted by white supremacists. From Catholic Online, here is a description of Saint Michael:

Saint Michael the Archangel isn’t a saint, but rather he is an angel, and the leader of all angels and of the army of God. This is what the title “Archangel” means, that he is above all the others in rank.

St. Michael has four main responsibilities or offices, as we know from scripture and Christian tradition.

-The first is to combat Satan.
-The second is to escort the faithful to heaven at their hour of death.
-The third is to be a champion of all Christians, and the Church itself.
-And the fourth is to call men from life on Earth to their heavenly judgment.

Hafer and Mat Best are going to let some Pentagon weenie besmirch Saint Michael. White supremacists cannot co-opt the image of Saint Michael. He is eternal. I know y’all are knuckledraggers, but read history. Or, just go watch the movie “Michael” starring John Travolta. Give me that old time religion, babee!

Or, how about you remember the people who made this video:

This morning Mat Best, Ranger and co-founder of BRCC talked with Pete Hegseth on Fox & Friends Weekend about creating an alternative coffee ecosystem. I thought Hegseth might play journalist and ask Best about the M1A1 Abrams battle tank in the room. He whiffed.

One more thing, Black Rifle Coffee Company, whose bonehead idea was it to talk to the New York Times. They hate you. No matter how much sunshine they pump up your skirts, you cannot trust them. The article was condescending to you, your patrons and your company and you retweeted portions. Could you not read the dripping condescension within the article?

Bottom line is that no matter how cool you think you are, the Left is out to ruin you. When their trap is set, don’t step into it. BRCC did it to themselves, unnecessarily. Black Rifle Coffee Company did a self-own. Get that bag design of Saint Michael the Archangel out of mothballs. Print up t-shirts and caps. St. Michael is eternal. You guys will be gone soon, if you don’t fix this. Now. F**k their feelings. 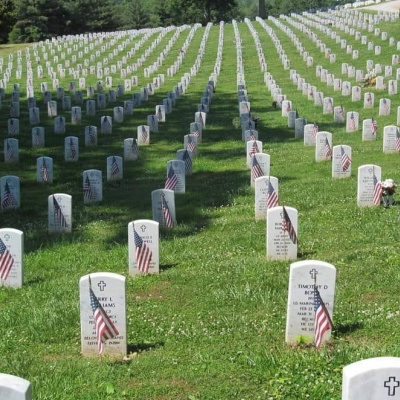