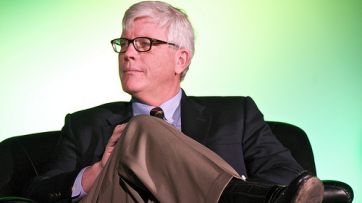 Kentucky Clerk Kim Davis Jailed, But What If She Were Muslim? 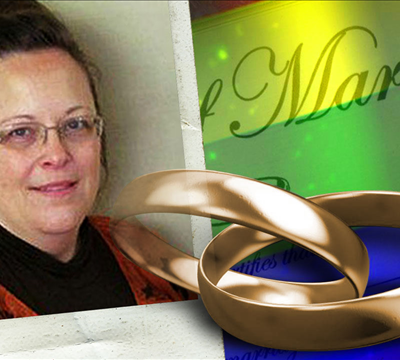 Next post
#KimDavis: Why America Loses When Religious Liberties Clash with Law (Video)

Kentucky Clerk Kim Davis Jailed, But What If She Were Muslim?

The story has been breaking and been hotly debated for days. In Kentucky’s Rowan County, county clerk Kim Davis has been steadfastly refusing to issue marriage licenses to any gay or lesbian couple.


While the gay and lesbian couples did not want Davis jailed for contempt, that is exactly what happened.

Attorneys for the couples had only asked U.S. District Judge David Bunning to pressure Davis with fines for contempt of court.

Bunning reasoned Thursday that Davis’ supporters are likely to step in with fundraising efforts, leaving fines ineffective and allowing her to continue to defying the preliminary injunction he issued against her in August.

Instead, he ordered U.S. Marshals to take her into custody until she agrees to issue licenses, and he indicated that he has no plans for releasing her on Friday because of concerns that she would return to the office and reestablish the policy.

I am sure that the couples realize what the optics are, and hoped to avoid this. However, this is now a contest of wills between Davis and Judge Bunning, who then called in the rest of the deputy clerks to make sure that THEY would issue licenses – which includes Davis’ son, Nathan Davis.

Davis’ son supported his mother and was warned by the judge Thursday not to interfere with his fellow employees. The judge said he did not want “any shenanigans,” like the staff closing the office for computer upgrades as they did briefly last week.

“That would show a level of disrespect for the court’s order,” Bunning said. He added: “I’m hoping that cooler heads will prevail.”

Davis’ son sat stoically as the judge questioned the clerks Thursday, some of whom were reluctant.

“I don’t really want to, but I will comply with the law,” deputy clerk Melissa Thompson said, weeping while she stood before the packed courtroom. “I’m a preacher’s daughter and this is the hardest thing I’ve ever had to do in my life.”

The judge is indicating that he will let Davis sit in jail for a week, and supervise the office to make sure licenses are being issued. Since Davis is an elected official, she cannot be fired, she can only resign, or be recalled or impeached. Her husband has stated that she will not be resigning. The entire issue has stirred debate between reasonable people on both sides of the issue, with Christians seeing this as an attack on their religious expression…

Here's Kentucky clerk #KimDavis' statement before she was held in contempt of court and jailed http://t.co/9j0aedLE71 pic.twitter.com/LVaOuW822O

… and others seeing it as the rule of law.

Earnest says appropriate for judge to decide whether #KimDavis goes to jail, emphasizes no public servant is above the law

Let’s not dwell on the irony of an Obama administration official calling on other elected officials to follow the rule of law.

Instead, let’s think on this – would Kim Davis be in jail right now if she was a devout Muslim instead of a devout Christian?

The answer, to reasonably aware people, is no, of course not. No lawyer would want the optics of sending a Muslim woman to jail for her religious beliefs. No gay couple would want that tied to their names in the media. The couple would have quietly found a different county to issue them a license (though that may be getting harder within Kentucky, as another county clerk is also refusing to issue licenses). Steven Crowder showed that Muslim bakeries were refusing to provide cakes for gay weddings. And yet we don’t see the ACLU rushing to condemn them and sue them the way they have pontificated against Kim Davis. Hmmm, I wonder why that is?

The truth is that in this day and age, the heckler’s veto has become self-imposed. Those who wish to look “tolerant” and “progressive” would never single out a group that they perceive to be “oppressed” – or has a radical contingent that believes in throwing gay people off buildings or stoning them to death. After all, when was the last time a Christian group in America stoned anyone to death? But we’ve already seen beheadings by Muslims in the United States. No gay couple would dare to challenge a Muslim clerk and have her thrown in jail for contempt – because they would always fear who might come out in support of that clerk. In contrast, the gay couple has no issue with pressing contempt charges against the Christian clerk, because they have no fear of her family or her supporters. And then Muslims who have issues with the duties in their jobs – serving or transporting alcohol, for example – are to be given “special” consideration.

Welcome to America in 2015, where the morals and legal responsibilities of Christians can be challenged in court, all because their detractors know that they are too civilized to use violence. Soft bigotry of low expectations, indeed.