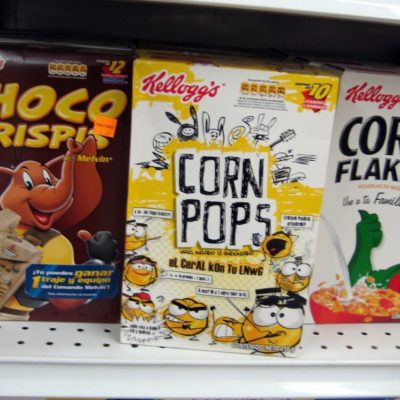 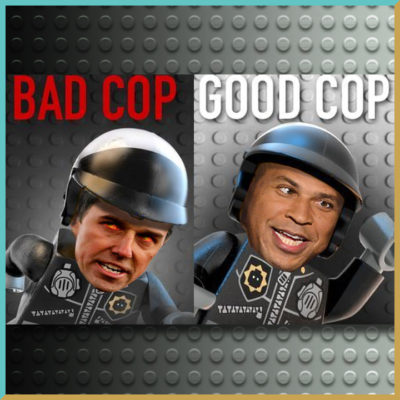 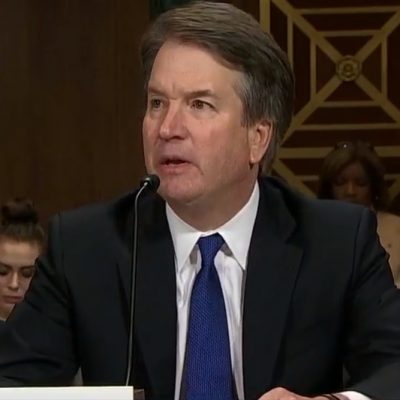 Brett Kavanaugh is a Supreme Court justice. There are some who simply can’t process that fact. And with the smashing success of “Justice on Trial,” it was inevitable that the anti-Kavanaugh forces were going to publish their own book.

What is deeply disgusting is that they are using the unsubstantiated claim purported by Deborah Ramirez (remember her?), and now they are tossing in a new guy named Max Stier. He claims that he was an eyewitness to Kavanaugh at a party.

In the Times report, two FBI officials told the newspaper that a Yale classmate of Kavanaugh’s, D.C.-based nonprofit owner Max Stier, said that he had witnessed Kavanaugh expose himself at a party before other students pushed Kavanaugh’s genitals into the hand of a female student, apparently without her consent.”

The Hill has reached out to the Supreme Court for comment.”

Stier did not speak publicly about the story, according to the Times, but two officials reportedly corroborated his account to the FBI with the newspaper.”

This is all covered in the new book, written by Robin Pogrebin and Kate Kelly, entitled “The Education of Brett Kavanaugh,” supposedly details his Yale years and brings up Stier’s story as something new that was not investigated by the FBI. However, both Mollie Hemingway and Carrie Severino, authors of “Justice on Trial,” point out a very crucial detail in Stier’s account. The alleged victim says… she has no memory of this.

This is the blockbuster "new allegation" against Kavanaugh. Except it's not actually new. It was shopped to Senate Democrats at the time and they apparently found it impossible to nail down, so they ignored it – the same Senators who found the "rape boat" allegations plausible. pic.twitter.com/0183DKr0q2

That seems rather significant, hmmm? And the NYT left it out of their story (though apparently the book review admits that there isn’t any new “smoking gun” and the NYT had to delete a really badly written tweet when they were promoting this new hit piece).

But is that stopping Democrats who are still angry about their failure to stop the Kavanaugh confirmation? Nope! Time to score some cheap social justice points!

I sat through those hearings. Brett Kavanaugh lied to the U.S. Senate and most importantly to the American people. He was put on the Court through a sham process and his place on the Court is an insult to the pursuit of truth and justice.

He must be impeached.

I mean, it’s not like every single allegation wasn’t beaten to death, hyper-analyzed, and x-rayed for good measure by the media, pundits, the Senate Judiciary Committee, and eventually the FBI. Ramirez’s claim was always suspect, as she took an extended period of time to decide that her memories were really about Brett Kavanaugh. If Stier’s claim was even passed over by the Democrats on the committee, then how much credibility should it have now? (And let’s not gloss over the newly-revealed story that Christine Blasey Ford’s father apparently never believed her.)

If this continues to be a constant theme of shoveling crap, flinging it against Brett Kavanaugh, and seeing if anything sticks, then President Trump is exactly correct in this tweet.

Brett Kavanaugh should start suing people for libel, or the Justice Department should come to his rescue. The lies being told about him are unbelievable. False Accusations without recrimination. When does it stop? They are trying to influence his opinions. Can’t let that happen!

I am sure that Justice Kavanaugh would prefer to stay above the fray, continue to say “no comment,” and simply focus on his job. But think about how ugly this continues to be, and how others are now suing for defamation themselves in the #MeToo wake. If this continues, I say let the lawsuits begin. Oh, and don’t reward this kind of yellow journalism by buying this new book. Go get Hemingway and Severino’s book instead. 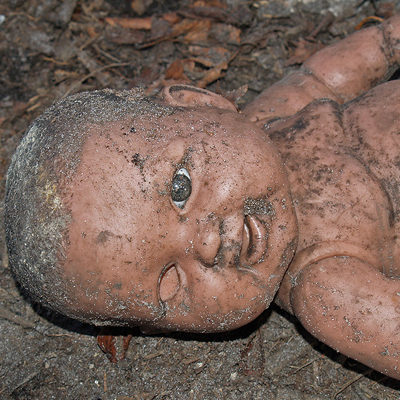