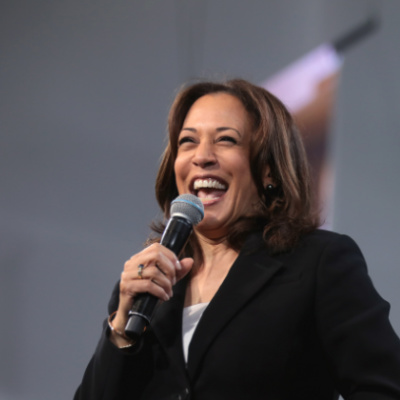 Kamala Harris released her 18 page white paper on the root causes of illegal immigration at the Southern Border. It is so vague that it can only be described as laughably stupid. No wonder Democrats are panicking about the intellectually light-weight Harris.

Among the jobs that Joe Biden has passed off to Kamala Harris are protecting voter integrity and selling the infrastructure plan. Harris was addressing a virtual Small Business Virtual Roundtable as I began to write this post. The host introduced Harris by saying that she (Kamala Harris) had worked her entire career to support small businesses. A quick internet search provided no (zero) hits for “Kamala Small Business) before May of 2020.

The Dems are trying to sell Kamala as a jack of all trades expert and she fails miserably every time. Joe Biden first tasked Kamala with solving the crisis at the Border. Kamala was not well pleased and narrowed it down to root causes in the Triangle Countries. In search of root causes, Harris visited Guatemala and Mexico. The leaders of those countries were bemused and angered by Harris. Mexican Deputy Assistant Secretary of Defense Sergio De La Pena commented:

Harris’ trip comes at an awkward time for the Mexicans, coming just days after the country held midterm elections. A Mexican government official told Reuters that the timing was “not ideal,” and Sergio de la Pena, who served as Deputy Assistant Secretary of Defense for Western Hemisphere Affairs during the Trump administration, said the visit put the Mexican officials in a difficult position.

“Whenever you do visits like this, you take a look at what issues are taking place in the partner nation she want to go visit, or whatever country you want to go visit – so why would you show up immediately after an election on Sunday for a visit on Tuesday?” he said.

De La Pena said it was part of a visit that he saw as confusing, due to the fact that the crisis is at the border — not in the governments of Mexico and other countries.

It shows just how stupid Harris is that she didn’t figure that out for herself. She finally went to the Southern Border in El Paso, Texas, but couldn’t be bother to go the extra mile and visit the migrant detention facility at Fort Bliss.

Harris didn’t really do any real legwork so why would anyone be surprised that her white paper on root causes is lightweight and stupid? This is the unserious woman who hasn’t been to Europe, after all:

In Central America, the root causes of migration run deep—and migration from the region has a direct impact on the United States. For that reason, our nation must consistently engage with the region to address the hardships that cause people to leave Central America and come to our border.

For decades, our nation has engaged in Central America. Often well intentioned, the engagement has often
not been consistent. And over the last few years, the United States significantly pulled back from work in the region.

Under our Administration, President Joe Biden and I have restarted our nation’s engagement in Central
America and diplomatic efforts with Central American governments. Our Root Causes Strategy is
comprehensive and draws from decades of experience—and is based on four core pieces of evidence.

Wow, the depth of that analysis is underwhelming. The four core pieces of evidence are pretty, um, shallow, too: 1. Understanding root causes is critical. 2. Relief is not enough. 3. Must address all root causes. 4. United States cannot do it alone. I have zero foreign policy experience and I could do better than that.

Her five “to-do” steps to her four analysis points are just as shallow. From Hot Air:

What dusty bottom drawer from 1979 did they find this white paper in? Kamala’s cornbread isn’t done in the middle.

It is important to note that Kamala released the report with no press conference. Maybe that’s because she can’t answer questions because she couldn’t be bothered to read the report. Root causes, indeed.