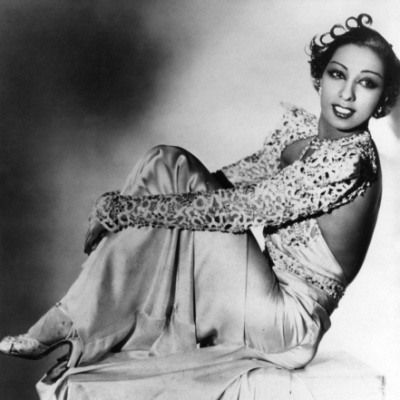 We love to hear the stories of the brave men who stormed beaches or dropped from the skies to win World War II. While we are thinking about the Greatest Generation, we must tell the stories of those whose bravery was behind the scenes and not well-known. I have written before about Virginia Hall and Odette Sansom. Today, I want to tell you about Josephine Baker, the Toast of Paris and a World War II spy. That’s right. She was a spy for the Resistance.

It’s a good bet that a large portion of the population has never heard of Josephine Baker, sadly. Born in St. Louis in 1906, Miss Baker was also a natural entertainer, though her mother disapproved. Baker made her way to New York and from there to Paris at age 19. In America, Baker lived in a segregated world, of back doors and “colored” drinking fountains. Europe, and Paris in particular, was open and free and she was celebrated. Josephine Baker renounced her United States citizenship. She was the toast of Paris. You can watch an early video of her here. Baker married several times and had affairs with both men and women.

This report is from the United States National World War II Museum:

The start of World War II put Josephine’s future performances on hold. By that time, she had married her third husband, a French-Jewish sugar broker named Jean Lion. The couple later divorced in 1941, but in that time, Josephine came to represent much of what Hitler and the Nazis despised. She was a successful, black woman in an interracial marriage with a Jewish man, who was also openly bisexual and had multiple long-term, semi-public relationships with other women. When the Germans began to advance on Paris in 1940, Josephine, like millions of other Parisians, fled the city.

At the start of World War II, Josephine Baker worked for the Red Cross and took in refugees at her rented chateau in the South of France. Then, she met Jacques Abtey who was the chief of French Military Intelligence. When we think of spies, we think of gray men. People who don’t stand-out. People we don’t see. People who can go unremarked.

Josephine Baker could not go anywhere unnoticed. Everybody knew who she was. That was important. She could move easily between countries and was invited everywhere. When Abtey asked her if she would take the risk to spy against the Nazis, she said:

“France made me what I am. I will be grateful forever. The people of Paris have given me everything… I am ready, captain, to give them my life. You can use me as you wish.”

Baker had personal reasons too:

The cries of “Go back to Africa!” she had heard from fascists while performing across Europe also fueled her decision. “Of course I wanted to do all I could to aid France, my adopted country,” she told Ebony magazine decades later, “but an overriding consideration, the thing that drove me as strongly as did patriotism, was my violent hatred of discrimination in any form.”

Her bravery rivals anything we have read about other spies of the Resistance:

She collected information on German troop movements, and what harbors or airfields were in action. Josephine was confident that her celebrity and connections would protect her, and that no one would suspect her of espionage. She wrote down intelligence on her hands and arms, pinning notes inside her underwear. She did so knowing she would never face a strip-search—and she was right.

The Nazis had gotten wind of the resistance activity happening at Josephine’s chateau, and visited the estate. Josephine had been hiding several resistance fighters at the time of the visit. She successfully charmed the Nazis when they questioned her, but she took the close encounter as a sign that it was time to leave France.

Baker spent most of the end days of World War II in London. But, as soon as she could, she returned to her beloved Paris:

Following D-Day and the liberation of Paris, Josephine returned to her adopted city wearing a military uniform. She quickly took note of the terrible conditions many French people endured after the Nazi occupation. She sold pieces of jewelry and other valuables to raise money to buy food and coal for the poor citizens of Paris. Following Germany’s surrender in 1945, General de Gaulle awarded Josephine the Croix de Guerre and the Rosette de la Résistance. He also named her a Chevalier de Légion d’honneur, the highest order of merit for military and civil action.

Imagine that? The Croix de Guerre, the Rosette de la Resistance and a Chevalier, also. In the 1950’s, Josephine Baker began adopting children. She legally adopted 12 and one more she took in as a teenager. She called her Baker’s Dozen, her Rainbow Tribe.

Josephine Baker continued to entertain. She performed in New York City, in Harlem, and in the city of her birth St. Louis, in the United States. But, she was a French citizen and Paris was her home. This video is from a 1975 sold out performance:

Four days later, Josephine Baker died of a cerebral hemorrhage on April 12, 1975. Baker, as a hero of the Republic, was given a full military funeral. Her procession was mobbed. She was buried in Monaco by her good friends Princess Grace and Prince Rainier of Monaco.

For her talent, intelligence and fearlessness, as well as her unwavering activism against discrimination, Miss Josephine Baker must be remembered as a hero of World War II.