Next post
Governor Perry Deploying Up to 1,000 National Guard Troops to Texas Border

And much was revealed by a Secretary of State and an administration completely incapable of assessing and acting upon stepped-up aggression from the most brutal regimes on the planet, who now feel they have Obama sanctioned carte blanche to do whatever they want in the Middle East:

“The tone was often bitter, such as when Wallace noted that the administration is looking to extend talks with Iran over a deal on their nuclear program, despite saying earlier this year that new sanctions would be put in place if Iran missed a deadline, which just happened to expire Sunday.”

“I know you and others don’t ever want to give the Obama administration credit for almost anything, but the fact is this is the first administration to get a rollback in those ten years,” Kerry said. “Right now, Israel and the countries in the region and the world are safer.”

“While international attention has been fixated on the disintegration of Iraq and the expansion of the so-called caliphate of Abu Bakr al-Baghdadi, the Sunni insurgents have moved their offensive back into Syria with a newly acquired haul of US-made weapons and cash.

Cushioned by the impunity offered them by a largely unresponsive international community, and the inability of the Syrian and Iraqi armies to defeat them in battle, Isis’ latest advances in Syria have further destabilized the already frail dynamics in the region.”

Or this kind of safe?: 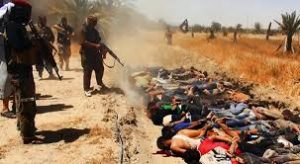 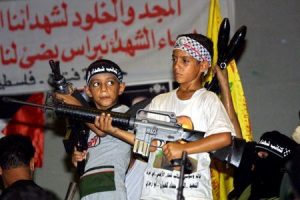 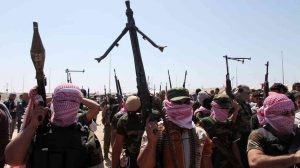 Gee, I’d hate to see what he means when he says, “dangerous”.

But John wasn’t done being the smart diplomat on the Sunday shows.  He was caught on a “hot mic”:

Kerry appeared to be expressing frustration that the Israeli ground invasion was spiraling out of control in the conversation.

EVERYTHING is spiraling out of control, John…the Obama administration has consistently signaled to the Middle East fanatics that they will face no consequences from an embarrassingly and shamefully weakened United States.  Obama has no interest in our own borders – why would anything in the Middle East break his stride on the golf course?

In the actual interview, smart diplomat John remarked that “It is important for Hamas to now step up and be reasonable and understand that (if) you accept the cease-fire, you save lives”

And you know what is most noticeable about the “smart diplomacy” practiced by John Kerry, Hillary Clinton, and the rest of the clowns at the State Department? The level of sneering anti-Semitism that saturates the White House.  From a Breitbart article addressing remarks John Kerry made in April about Israel and apartheid:

Kerry went on to state that Israel risked more violence if it didn’t make concessions, that Prime Minister Benjamin Netanyahu was an impediment to peace, and that he would attempt his own two-state solution. Both sides, he said, would have to “take it or leave it.”

This is pure anti-Semitism. Blaming Israel for its incapacity to make peace with people whose stated goal is to murder Jews cannot be construed as anything other than Jew-hatred. Likening the Jewish state to South Africa, despite the fact that there are well over a million Arab citizens with full voting rights, and despite the fact that the Palestinian territories are completely Judenrein, is more of the same.

I’ll take Israel’s “pinpoints” over Obama’s “red lines” any day.  And that gives me an idea:

Dear Israel:  You apparently are in possession of the kind of strong leadership that our country sorely needs.  We would be grateful if we could borrow your leadership to intervene in the invasion of our country.  Once you get finished with Hamas, that is.  We need leaders that are capable of making hard decisions and are more interested in protecting this country rather than golfing, shooting pool, making jokes, or campaigning.  We need strong men and women as our leaders, not a bunch of sycophant unqualified hypocritical ninnys who place politics above the welfare of all Americans.  Please do not listen to John Kerry or Barack Obama about anything relating to the sovereignty, security and safety of your citizens.  They aren’t even interested in ours.