Next post
Former President George H. W. Bush in the Hospital; "41" has Bronchitis!

What IS this lib fascination with genitals for gosh sakes? Calling Dr. Freud! The following NSFW photos are proof positive that libs look downright nasty nekkid – unlike conservatives who are physical gods and goddesses Le buff.

The naked protestors apparently don’t like the idea that budget cuts might take away from AIDS/HIV funding. Really? Cry me a river. There’s gonna be a lot more pain with cuts and austerity measures than that, if we ever hope to come back economically as a nation. There’s no word yet if John Boehner was in his office at the time of the naked liberal protestors but if he was, I’m quite certain he would have yawned in most cases and needed eye bleach in one or two others. According to Gateway Pundit, the 3 female protesters were arrested for indecent exposure. No word on the 4 male protesters. No word??! Hey, I saw their er, photos and I make a citizen’s arrest! Blech! 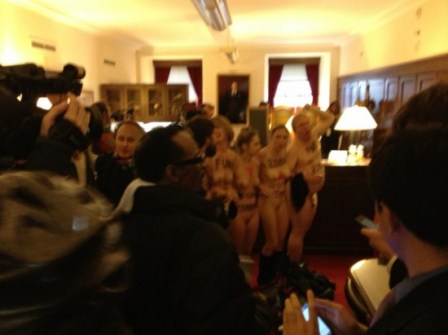 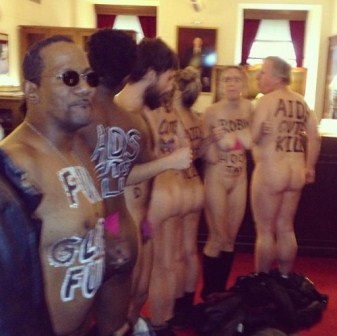 By the way, apparently the naked protesters shouted:

“Boehner, Boehner, don’t be a dick. Budget cuts will make us sick.”

Lovely. Hot Air has the video if you want to assault yourself.