Previous post
Warren: Invest in Our Children And Practice Infanticide

Next post
Women Should Never Vote For A Democrat Candidate 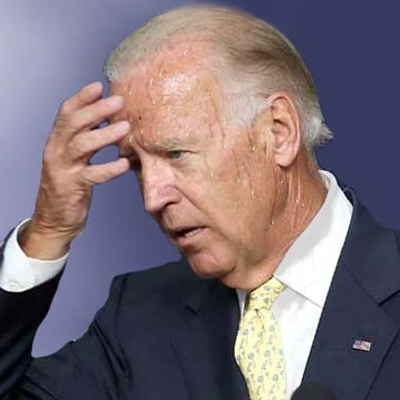 Joe Biden doesn’t smell like the gasoline-soaked hill in Apocalypse Now, the hill Robert Duvall said smelled like “victory.” Nor does he smell like the “Teen Spirit” of Nirvana’s 1991 grunge hit.

That’s because Biden turned in a measly fourth place performance in the Iowa caucuses — a result he called a “gut punch.”

Now, on the cusp of Tuesday’s New Hampshire primary, Biden is once again trailing in the polls. Bernie Sanders and Pete Buttigieg are trouncing him.

So he decided to take a whack at Buttigieg, the former mayor of South Bend, IN, releasing this campaign video on Saturday.

But nothing says Beltway Elitist like taking a swipe at a small city in the Midwest, am I right? And as for Barack Obama touting Biden as “the best Vice President” — why hasn’t Obama endorsed him?

Well, according to Biden that’s because he asked Obama not to endorse him. Which sounds about as legit as Hunter Biden getting the Burisma gig because of his mad skills in the oil industry. But hey, Caroline Kennedy just endorsed Joe, and she served as ambassador to Japan under Obama. So I guess that’s kind of like an Obama endorsement, twice removed or something.

“The only Democrats to win the presidency is where we have overwhelming support from the African-American community and don’t take it for granted. That was true for Jimmy Carter, Bill Clinton and Barack Obama. It’s just a reality.”

“I do not take the American black vote for granted. I know how to earn it, and I’ve earned it.”

Reporters in New Hampshire also asked Biden if he was acting like Hillary Clinton in 2008, when she went on the attack against Barack Obama during the primaries. Perhaps Biden was doing the same to Buttigieg.

Well, that hit a nerve.

Now you know that in this heated primary season, Buttigieg isn’t going to take these insults. So at a town hall in Lebanon, NH, he swatted at Biden’s mockery:

“I also hear some folks saying, ‘What business does a mayor of South Bend, Indiana, have running for president?”

“To which I say, that is very much the point. There are so many communities, rural areas, small towns, industrial cities, and even pockets of our biggest cities who have felt completely left behind by the ways of Washington and who are tired of being reduced to a punchline by Washington politicians.”

“Right now there are so many communities, so many Americans, small- and medium-sized cities like mine, that feel like Washington can’t even hear us. I’m here to carry those voices to Washington.”

Despite all the tough talk and the snarky new campaign, how is Joe Biden doing in New Hampshire?

Eh, not so good. At a party dinner in Manchester on Saturday night, Biden’s small group was stuck in a corner. A spokesman from the campaign explained that Biden supporters were out knocking on doors rather than attending the dinner. Well, maybe hitting the streets talking up voters is preferable to attending an event with political BS and a rubber chicken entree. Especially when your candidate is desperate.

But Joe Biden did get to speak at the party dinner, and he reverted back to the Democratic default position: bashing Donald Trump. Saying that Trump “has not a shred of decency,” Biden promised this:

“I’ll be damned if I’m going to stand by and lose this election to this man. We cannot let it happen.”

Sure, Joe, sure. First you have to win the nomination, and right now it’s not looking good for you in the Granite State. A late Saturday poll shows that Pete Buttigieg is on top in New Hampshire. But he has a long way to go and could tumble, too, and probably will at some point.

It’s fun watching the Democrats eat their own, isn’t it? 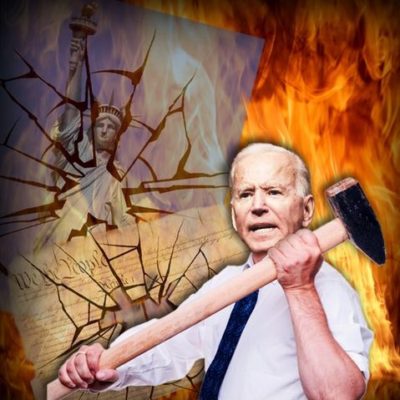 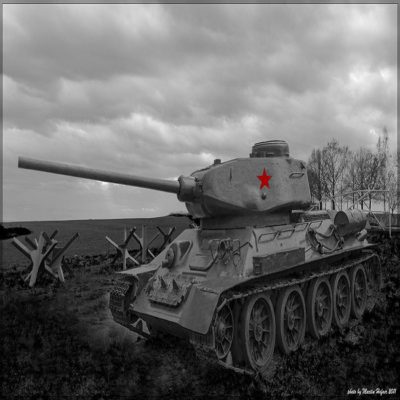 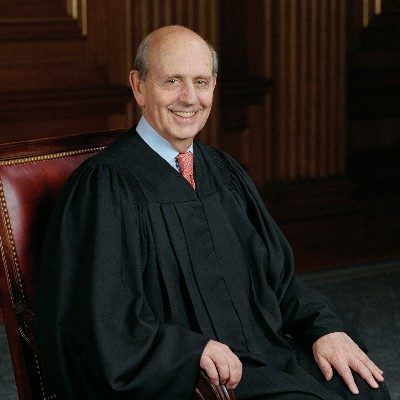