Next post
Democrats Planning For Riots If Trump Wins 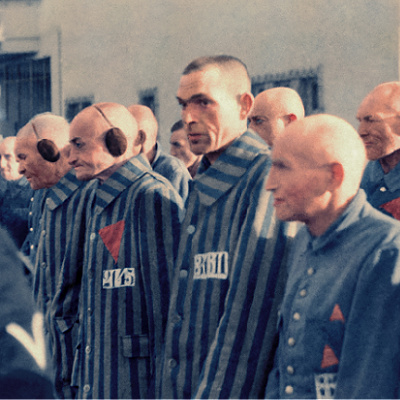 We said that we would we would “Never Forget” those killed in the Holocaust incited by Adolf Hitler and the Nazis. We forgot. Multiple reports are coming in of Jewish Zoom services being disrupted by vile Nazi and anti-Semitic imagery. This past weekend, an Alabama Zoom service of multiple congregations from Auburn, Dothan, Mobile and Montgomery was disrupted multiple times ahead of Rosh Hashanah, which begins Friday, September 18.

On July 30 in Dallas, multiple Jewish congregations were commemorating the Jewish fast day of Tisha B’av, the saddest day in the Hebrew calendar. They were Zoombombed by masked, of course, cretins:

“We’re not commemorating something — we are actually living through it. This is what Tisha B’Av looks like in the year 2020,” he told the newspaper.

We said we would “Never Forget”.

The Alabama Selichot prayer service ahead of the High Holy Days followed the same playbook as the Dallas Zoom attack:

“It was horrible. There were Nazi imagery, swastikas, images of Hitler, there were videos, some of them I thought were pornographic, but I’m not sure,” Kramer said. “But then the voices came over and they were very loud, very boisterous. They used very bad language, ‘f’in jew,’ ‘go back to the showers.’ Just very foul Holocaust imagery.”

In case you don’t understand the “showers” reference, here are the gruesome details:

Those who had been selected to die were led to gas chambers. In order to prevent panic, camp guards told the victims that they were going to take showers to rid themselves of lice. The guards instructed them to turn over all their valuables and to undress. Then they were driven naked into the “showers.” A guard closed and locked the steel door. In some killing centers, carbon monoxide was piped into the chamber. In others, camp guards threw “Zyklon B” View This Term in the Glossary pellets down an air shaft. Zyklon B was a highly poisonous insecticide also used to kill rats and insects.

Usually within minutes after entering the gas chambers, everyone inside was dead from lack of oxygen. Under guard, prisoners were forced to haul the corpses to a nearby room, where they removed hair, gold teeth, and fillings. The bodies were burned in ovens in the crematoria or buried in mass graves.

We said we would “Never Forget”. Just yesterday, there were news reports that young people don’t know about The Holocaust:

Almost two-thirds of young American adults do not know that 6 million Jews were killed during the Holocaust, and more than one in 10 believe Jews caused the Holocaust, a new survey has found, revealing shocking levels of ignorance about the greatest crime of the 20th century.

According to the study of millennial and Gen Z adults aged between 18 and 39, almost half (48%) could not name a single concentration camp or ghetto established during the second world war.

Almost a quarter of respondents (23%) said they believed the Holocaust was a myth, or had been exaggerated, or they weren’t sure. One in eight (12%) said they had definitely not heard, or didn’t think they had heard, about the Holocaust.

You cannot blame young people. How can they know what they have not been taught? The Anti-Defamation League has worked with Zoom to help establish protocols to prevent Zoombombing. The video is here. But, those hate-filled people will always find new ways to terrorize our citizenry.

Here, in this excerpt, Elie Wiesel, reads from his book “Night”:

We must remember that we said, we would “Never Forget”.