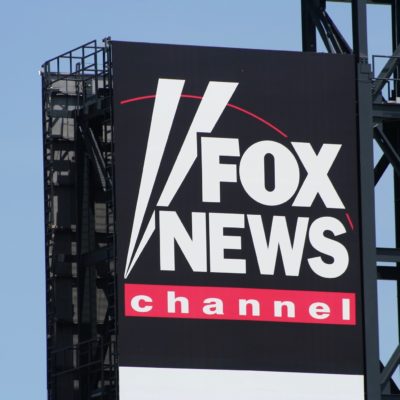 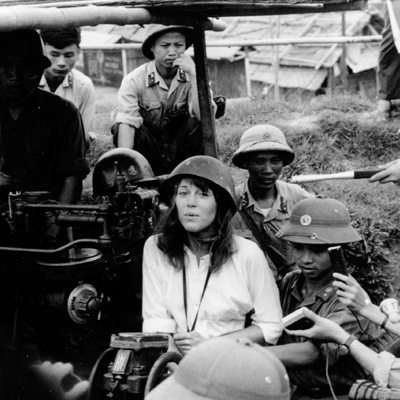 Alright, maybe I was a bit harsh on Jane in my opening sentence. I thought it might be fun to use one of my husband’s favorite pejoratives. So let’s change my description of her to “slack-jaw commie pinko anti-American,” and leave out “bed-wetter.” Although at her age, you never know.

But Jane Fonda doesn’t intend to make this protest a one-off. No, she plans to be protesting every Friday in Washington, DC, until 2020. Apparently she thinks some Democratic Savior of the Earth will take the White House. I imagine her brain will implode if Trump is re-elected.

Planning to be arrested while protesting climate change political paralysis.

She tells us she’ll be here *every* Friday into 2020 — demonstrate, get arrested, repeat.@WUSA9 #ClimateChange #breaking #FireDrillFriday pic.twitter.com/4bvV4qVmxg

In fact, not only will she protest every week, she even moved to DC just to be able to do so.

“I will be on the Capitol every Friday, rain or shine, inspired and emboldened by the incredible movement our youth have created. I can no longer stand by and let our elected officials ignore – and even worse – empower – the industries that are destroying our planet for profit. We can not continue to stand for this.”

In this interview with the Washington Post, she called her protests “fire drills.”

And here’s the moment when Capitol Police arrested Jane Fonda, while her supporters cheered their support for the old gal.

Multiple protesters, including Jane Fonda, arrested on the steps of the Capitol building, where they were demanding action on climate change. https://t.co/rAq8Xwi5fE pic.twitter.com/lIcxYeGd5Z

Maybe Jane Fonda should take her protests to, say, Vietnam. There, over 60,000 Vietnamese die yearly due to air pollution, according to the World Health Organization. That doesn’t include soil and water pollution in Vietnam, either, which are rampant.

Oh, wait. Jane Fonda has already been to Vietnam. She went there in 1972, during the Vietnam War, not to entertain the troops, as did Ann-Margaret, Raquel Welch, and of course, Bob Hope. No, she traveled to Communist North Vietnam. There she toured villages, infrastructures, and the capitol city of Hanoi.

Most infamously, she donned a North Vietnamese helmet and happily sat on an anti-aircraft battery. Not only that, but she also called American soldiers “war criminals.” 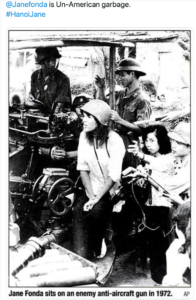 Oh, she apologized for that stunt. Plus she explained it, too.

“There is one thing that happened while in North Vietnam that I will regret to my dying day. I allowed myself to be photographed on a Vietnamese anti-aircraft gun. It happened on my last day in Hanoi. It was not unusual for Americans who visited North Vietnam to be taken to see Vietnamese military installations and when they did, they were always required to wear a helmet like the kind I was told to wear during the numerous air raids I had experienced.”

Right. And if you believe that, let me show you Jane Fonda’s carbon-free hovel in California: a nearly $5.5 million, 6600+ square foot, four-bedroom, seven-bath townhouse. Let me also show you the bicycle she uses to travel around DC so as not to consume more fossil fuel.