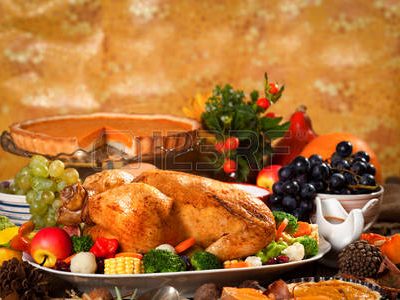 Previous post
Five Reasons to Be Thankful on Thanksgiving Day 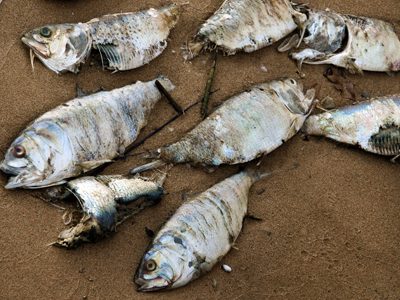 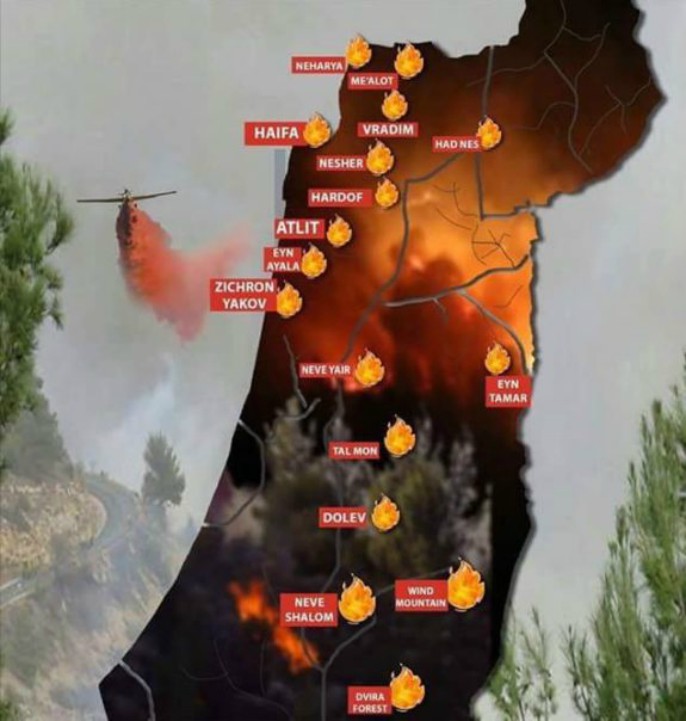 While Americans recover from Thanksgiving and gear up for holiday shopping, the rest of the world continued on. And in some places, the world is in trouble. As of this morning, Israel has been fighting fires on multiple fronts for four straight days. The following maps show the extent of the fires.

This Google Map shows where fires are currently burning across #Israel. pic.twitter.com/wgQ3C3etSX 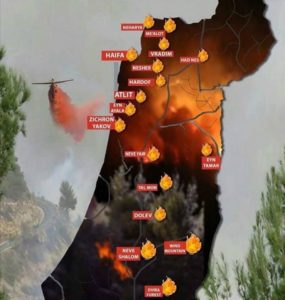 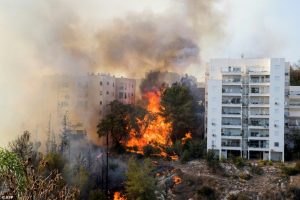 Even worse for Haifa in particular is the fact that fires in six different locations mysteriously started up at nearly the same time!

Police spokesman Micky Rosenfeld said residents in eight neighbourhoods had been told to leave due to six separate fires, with four evacuation centres set up.
‘It is suspicious that they started at the same time in six different areas in Haifa,’ he said. ‘We received reports and found it suspicious enough to believe that someone was behind the incidents.’
He said that people were seen running away from fire scenes, further increasing suspicions, and stated that four people have been questioned in connection with a blaze near Jerusalem.

Understandably its been difficult for many residents to just up and leave. Yet when a disaster such as a raging fire threatens, its better for their safety and that of the first responders that they evacuate. 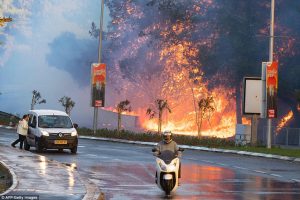 Especially since the fires very quickly moved beyond the forests and into the city.

The Times of Israel live blogged several hours of the fires. Its a disturbing read. Not because of the fires, which are horrendous enough. No, its because its now been verified that the fires were started on purpose. In other words, ARSON.

To make matters worse, those who consider Israel and any Jews to be their enemies are cheering the destruction and wishing for more. What you are about to read will both sicken and enrage you.

Insanity: Palestinians celebrating arson attacks in #Israel "They tried to ban the muezzin's call, and Allah rained fire on them" @ynetnews pic.twitter.com/FgP0CwPTHc

While those sick SICK people cheer, firefighters from around the world and even from Palestine put their lives on the line to put the fires out.

UPDATE: Firefighters continue to battle the fire all across #Israel in one of the worst forest fires in the country's history pic.twitter.com/Hgt18r2QWw

#Palestinian firemen and firetrucks are now on their way to help put out fires across #Israel. Daily and during crisis, cooperation is key. pic.twitter.com/hrEo603Iwa

Unfortunately, as of the writing of this post, the response from our current President Duffer in Chief has been… Yes, you guessed it. *Crickets.

And where, among these nations rushing to help #Israel with the fires set by terrorists, is the USA? Not important to Obama to help an ally. https://t.co/c6dv33X7gL

However, Israel did reach out to the Global Super Tanker Company here in the US, and their 747-400 is now on its way. So yes, the US is helping in spite of Obama. On the other hand, as Legal Insurrection’s Mary Chastain points out, not every one wants Israel to burn. Some, including many Muslims are sickened at the gleeful hatred expressed by Israel’s enemies.

Yesterday, Prime Minister Benjamin Netanyahu flew over the fire zones and met with many of the firefighters.

The fact is, terrorism doesn’t have to be a hijacked plane flown into a skyscraper, and it doesn’t have to be an IED. It can and more recently has been by machete, scissors, knives, and now – in all likelihood, by arson. All first responder resources are, I’d be willing to bet, stretched to their utmost given the extent of the fires across Israel. When more than half of those major fires are now considered arson…well then lets connect the dots.

Now is definitely the time to lend a hand to one of our staunchest allies. An ally we cannot afford to lose. Will Obama step up and offer fire fighting and investigative support? He did so in 2010 for the Mt Carmel Fire. Ah, but wait, that was only because it was an accidental fire. If this is terrorism, Obama will either step up and help solely to make himself look good or he’ll give it a pass because you know… its Israel and leave President-Elect Trump to clean up his mess. In other words, Israel is burning and Obama would rather angst over his putts. Some legacy isn’t it?