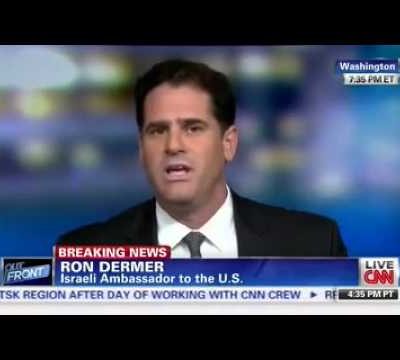 Is Ebola in the US? Why You Need to Know

Next post
The Real Rape Culture: Where Men are Guilty Until Proven Innocent

Is Ebola in the US? Why You Need to Know

by Kit Perez in Headlines 13 Comments

The current epidemic of Ebola in West Africa is scary but it’s way over in Africa, right?  It won’t come here, right?  The sanitation standards in the US are so much better and we aren’t a third world country and on and on and on.  Here’s the truth:  We are absolutely vulnerable, and it may already be here.

In April, Congress was informed by the Armed Services Committee that bio kits meant to diagnose Ebola were distributed to National Guard units in all 50 states.  The JBAID, as it’s called, can also diagnose other diseases and agents such as ricin, anthrax, plague, and several variants of influenza—but the report specifically mentioned its use for Ebola virus.

Meanwhile, the CDC’s ever-helpful website points out that “The federal government derives its authority for isolation and quarantine from the Commerce Clause of the U.S. Constitution.”  Oh?  That’s a new one.  Let’s take a look.

[The Congress shall have Power] To regulate Commerce with foreign Nations, and among the several States, and with the Indian Tribes;

How exactly does that mean that the federal government can forcibly quarantine even healthy people?  It doesn’t, but if you read all the regulations listed on the CDC’s page, you’ll see that’s exactly the power they’re claiming to have.  Under section 361 of the Public Health Service Act (42 U.S. Code § 264), the U.S. Secretary of Health and Human Services has the power to take action to prevent the spread of diseases like Ebola; that power has been handed over to the CDC, which has no problem telling you that you could be forcibly detained even if you aren’t sick:

Quarantine is used to separate and restrict the movement of well persons who may have been exposed to a communicable disease to see if they become ill. These people may have been exposed to a disease and do not know it, or they may have the disease but do not show symptoms. Quarantine can also help limit the spread of communicable disease” (CDC). Quarantining involves the creation of detainment facilities in which people, who are suspected, or are infected with a pathogen, are forcibly detained and not allowed to leave. This statute also applies, in the same manner, as people who “may be exposed”.

See how all of this fits together?  How easy would it be to detain large numbers of people “for their own good” because they “may have been exposed”?

So what does all that have to do with us, you ask?  Simple.

1. Our border is wide open, and we are being flooded with hundreds of thousands of people who are carrying diseases we are not immunized for, not prepared for, and sometimes have never even seen.

2. Patrick Sawyer, the Liberian government official who brought Ebola to Lagos, Nigeria, was 2 weeks away from flying to Minnesota to visit family—he was American.  He died five days after landing in Nigeria, after an international flight.  Did he use the restroom?  Did he leave any bodily fluids such as saliva or blood on any surfaces?  Can you tell me that everyone who flew on that plane was safe?  What if he had not died until he landed in Minneapolis?

3. It has already been documented that some of the illegals waltzing into this country from the wide-open southern border are not Mexicans, or Guatemalans, or from El Salvador.  They are Africans…from countries where Ebola is in full rampage.

4. Hospitals all over the country are being told to watch for Ebola symptoms.  Boston is one such city.

Consider this: The HIV virus can only be spread through direct contact with bodily fluids of the infected party.  Much like Ebola, you need to have very close contact in order to contract the disease.  Look how that’s turned out.  How many people in this country alone have died of AIDS? It still spread like wildfire, even during the “scare” of the 1980s when it became known what spread the disease.  Even now, with all the education out there, HIV infections among gay and bisexual males account for over half of all new infections; they KNOW it’s out there, they KNOW how to protect themselves, and they don’t.

Now consider that Ebola, unlike AIDS/HIV, does not have a cocktail of drugs that allow you to live a semi-normal life.  Ebola will kill you.  There is no vaccine, there is no cure.  90% of people who contract it, die.  That’s it.  Short incubation period, illness, death.  Done.

Do you really think that we are somehow insulated and safe from this?  Why do you think hospitals are being told to keep an eye out?  It’s certainly not because—as the media reports—infection here in the US is “highly unlikely” or that even if it does come here it “almost certainly won’t spread”.  It is because it CAN spread here.  It’s because it may already BE here.

All it will take is for you to be in the ER or doctor’s office with your sick child for you to come in contact with it.  All it takes is for an infected person to use the restroom before you.  Some rude person coughs in your face.  Someone touches the produce after they’ve been coughing or vomiting.  We like to think that our nation’s sanitation standards are such that this could never happen, but consider this: We are very quickly being overrun with mobs of people from third-world countries with no hygiene, no sanitation standards.  Literally anyone can walk into our country now, and bring their diseases with them.

This is not meant as a Chicken Little screed.  But for God’s sake.  Protect yourself.  Think.  Do you really need to go to the mall?  Do you really want to get on an airplane and be confined with a group of people who—due to the new regulations that any illegals can fly with no identification or health screening—could be carrying literally anything?  It only takes one infected person getting off an international flight to expose a planeful of people, or an airport bathroom.  All of those who come in contact with him, go off to other flights, other cities.  They think they have a cold or flu, and then by the time they start bleeding out of their eye sockets it’s too late.

Be ready.  Boost your immune system with things like papaya leaf extract and vitamin C.  Eat healthy food.  Stay alert.  Pay attention to those around you when you do have to interact with the public.  Above all, listen for words in the news like “national emergency” or “national health crisis,” because what comes after that is forced quarantine. 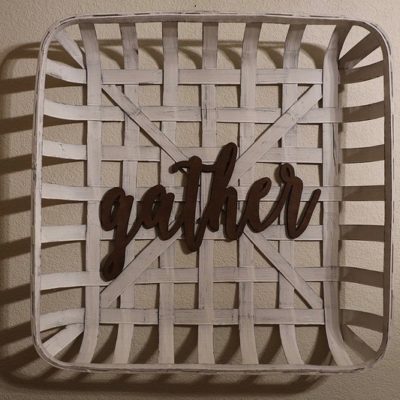