Next post
Is Ebola in the US? Why You Need to Know 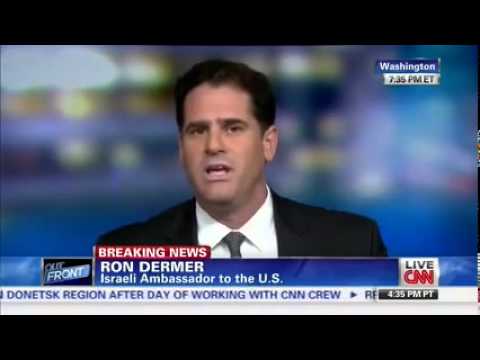 The support for Hamas perplexes me. I just can’t fathom the thought process. How could one possibly think that a terrorist organization whose goal is to kill by any means possible, is good?  Nancy Pelosi said they were a humanitarian organization.  They kill children! They put rockets in the hands of children to fire and run away in case they misfire. You keep using that word, Nancy – I don’t think you know what that word means. Hillary Clinton is making excuses for Hamas too, which is not surprising.  Her excuse is that Gaza is so densely populated that they have no choice but to store their rockets in schools, hospitals, and in homes. No mention of the Hamas leaders not storing the weapons in their own homes. Nor was there any mention of the intent of Hamas to obliterate Israel off the map, killing all the Jews.

It’s not just headline-grabbing Democrats, though. There are others out there that are being swayed by the Hamas propaganda machine. They are posting pictures of children killed in Syria and claiming the IDF killed them in Gaza. They posted gruesome pictures of a family that they claimed had been slaughtered by the IDF, but in fact they were an Israeli family, the Fogel’s, slaughtered in their beds by Hamas in 2011. Yes, there have been many deaths of Gazans in this war, but it is Hamas putting the children in harm’s way. It certainly doesn’t help when the media seems as eager to destroy Israel as the terrorists do.

BareNakedIslam has covered examples of international media bias against Israel, and are still collecting examples right now, like this, where Hamas is telling their people to make sure the narrative gets out:

Anyone killed or martyred is to be called a civilian from Gaza or Palestine, before we talk about his status in jihad or his military rank. Don’t forget to always add ‘innocent civilian’ or ‘innocent citizen’ in your description of those killed in Israeli attacks on Gaza.

In this next video, Ambassador Ron Dermer explains to a CNN reporter why their coverage is biased.

And still there are those that just refuse to believe the truth. Is it anti-Semitism?

I had recently watched a video put out by Prager University about the Middle East conflict. As stated, one of the most complex problems of the world, but one of the easiest to explain.

Then I saw this video, and I was astonished. A complete and utter lie put out by Hamas.

Hamas is Islam, and this video wants you to believe that Jews, women, and gays can all live together peacefully with them? They want to kill all the Jews, women have no rights in the ideology of Islam, and gays would be killed along with the Jews. That video is just one big blatant lie. And still people believe it. Oh, and as I’ve mentioned in previous articles, Israel provides and pays for all water and electricity to Gaza and the West Bank, aka Samaria and Judea. If Israel was really as evil as this video would like people to believe, they would have pulled the plug on those utilities long ago.

Years ago I was at Mass, and I clearly remember a homily given by my Priest. He asked us to look at our Bible: this is our Book, in its entirety, not just the second half (The New Testament).  The whole Book. Life’s answers are here. Our history is here. Our story is here. The Old Testament is where our roots are. Our roots are in Judaism. We were Jews before we were Christians. Jesus is a Jew. Israel is just as important to us today as it was then. Israel is a part of us, the Jewish people are a part of who we are. As Christians we should never turn our back on Israel or the Jewish people. If we do, we aren’t truly Christians.

In June the Presbyterian church voted to sanction Israel.

I shudder to think of what would happen to our Holy Land if Hamas, ISIS, Al Qaeda, or whichever terrorist organization, would ever do if, Heaven forbid, they did get control of the Holy Land. They would destroy it. They would see it as an affront to their Sharia and Prophet Mohammed.  It would be obliterated. Just like they did to the Buddist statues in Afghanistan and Temples in Mali.

The anti-Semitism is apparent within the Obama administration, and in Obama himself.  The efforts to undermine Israel were so blatant when John Kerry was in the Middle East last week that he came off as a bumbling idiot, clueless to the regional realities, which led a Palestinian diplomat and an Israeli counterpart to have a phone call to make fun of him.

From the Times of Israel

Kerry’s mistakes are embarrassing. A senior official in Washington on Sunday rushed to explain to Israeli reporters that the framework — the key terms of which were first published by The Times of Israel, and which then appeared in full on other media outlets — was but a draft that summed up a series of consultations between Kerry and the foreign ministers of Qatar and Turkey, Khalid al-Attiyah and Ahmet Davutoglu. But this is where the mistake begins: The US administration gambled on the camp that supports Hamas, bankrolls it and pushes it to go on shooting.
Kerry and his staff made an outrageous decision to turn their backs on the Egyptian framework for a ceasefire in a manner that encouraged Hamas to continue shooting rockets.

With Obama’s brother, Malik Obama, fully ensconced in the fight to help Hamas, and this administration’s moves of late, there is no need to ask where Barack Obama’s loyalties are.

It was recently revealed that the IRS not only targeted conservative groups but pro-Israeli groups as well, at the direction of the State Department under Hillary Clinton. Why is the IRS sharing tax information with another government entity? More anti-Semitism. If your ideology doesn’t align with Barack Obama’s…

This video – which shows an Arab woman in an Israeli hospital while her son is receiving needed treatment for a heart problem – is fascinating. She is being interviewed about the ongoing struggle between Hamas and Israel. Can someone really have that much hatred in their heart while those you hate are providing your son life-saving medical care?

Oh, and hey, Nancy Pelosi, here are your “humanitarians” working with children.