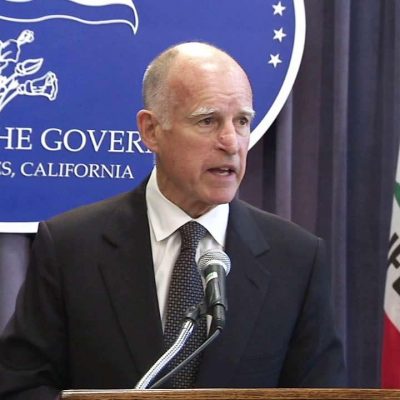 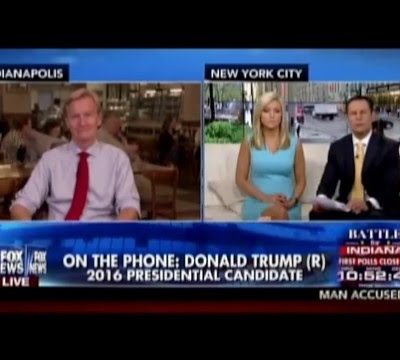 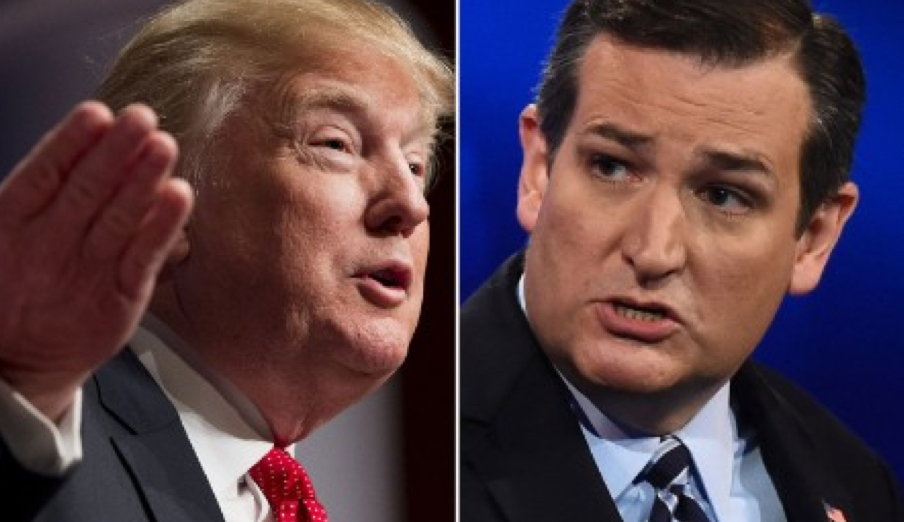 I’ll be frank. And I apologize in advance for the gloom this post may cause. I fell into bed last night with a sinking feeling in the pit of my stomach, hoping against hope that somehow Donald J. Trump—the man who for decades supported the very politicians whose liberal policies we conservatives of all flavors have battled for years—will lose the Indiana primary this evening. The past week comprised a literal roller coaster of emotions: One poll showed Ted Cruz leading Donald Trump by double digits. Another showed the polar opposite. And for those of us who pay close attention to the race for the White House during every waking moment of every day know that Indiana is likely the make or break state for this primary season. And our Republic is at stake. To say I’m concerned is an understatement.

Firstly, there’s this on the man likely to secure the GOP nomination:

Prove he’s not Adolph Hitler? So that’s the new litmus test for the Republican nominee? Oy.

Further, as a contested convention—that just days ago seemed a sure thing—looks more and more in doubt, reports from multiple sources say that some of Senator Cruz’s unbound delegates are “drifting” toward Trump. (Let’s hope they’re not caving to bullying from Trump and his supporters, because the way to deal with a bully is not to yield, but to show them you won’t be harassed without repercussion. Let’s hope they stand firm. And by all means, vote, even if you think your vote won’t matter. It does!)

Meanwhile, the media, not surprisingly, is in full-blown, tingle-legged, Donald-the-Inevitable mode. Donald Trump—an expert at projecting his own foibles onto his opponents—is a media creation in the tradition of Barack Obama. The Sean Hannitys of the land have left Trump un-vetted, failing (refusing?) to expose his dubious personal history, his support of those who have done untold harm to our nation, and his multitude of Freudians exhibiting his obvious liberal bent. But make no mistake, once he’s the GOP nominee—and I say that with the utmost regret—the mountainous pile of oppo research amassed by the mainstream media and Hillary surrogates will suddenly appear as if by magic, with grenades lobbed from every nook and cranny, from every liberal newsroom, and every Commie keyboard across the nation. Hillary is their girl, and there’s no way in Hades the First Female President will be denied her crown. Not on their watch. It’s her turn. And anyone with half a brain cell can see it coming. Except, perhaps, for those whose NY Liberal Radar has suddenly malfunctioned.

But wait, there’s more…Here’s a taste of what we can expect from a Trump nomination. This is an ad released for the Democrat challenger to Republican Senator John Boozman of Arkansas. Behold:

How’s that for an albatross necklace? And the race for the general hasn’t even begun. But while all eyes are on Indiana, the race for control of the Senate most certainly has. If you think nominating Trump won’t result in anything but a win or a loss at the White House level, you are woefully mistaken. The Senate and the House are very much in play, as are state and local races, as general election voters peruse a walking, talking stereotype of the “typical” Republican male by way of Donald Trump, and paint the entire party with that brush. Chuck Schumer, Hillary Clinton, and their merry band of Marxists, are salivating.

“Clinton would wallop Trump by 49-36 percent if the election were held today and she’d best Cruz 48-39 percent, according to the poll of 604 likely Florida voters.

“In this critical swing state, it is clear to us that Republicans continue to suffer substantial brand damage amongst all segments of the ascending electorate (younger voters, Hispanics & No Major Party voters) and this presidential campaign has clearly exacerbated these attitudes,” Ryan Tyson, a Republican who serves as the group’s vice president of political operations, wrote in a memo to his members.

Because Florida is the most populous swing state in the nation, with 29 Electoral College votes, a Florida victory by Clinton would almost guarantee she wins the White House.

Tyson said the numbers are so bad for the GOP that it could hurt down-ballot Republicans and help Democrats capture the open U.S. Senate seat in Florida, which could cost Republicans control of the chamber….

Sigh. You can read the rest of those Dose of Reality stats here.

Of course, the stakes could not be higher:

"Tomorrow [Indiana's] voters will decide if the Constitution will continue to matter." @RandyEBarnett explains.https://t.co/ZZKZ455JFD

So. The questions those of us who give a damn are asking are thus: Will it be mourning in America? Or will Ted Cruz, the man who stood for twenty-two hours filibustering an unpopular law that’s harmed millions of us, and fights every day to preserve our rights as enshrined in our Constitution, somehow eke out a win in crucial Indiana? Or will Donald Trump’s thunderous, media-hyped steam engine, fueled by angry voters and expert Alinsky tactics, mow down its last competitor, potentially taking with it the efforts to retake our party that so many dedicated conservatives, locally and nationwide, have made over these past few years as they planted the seeds of liberty? I fear the latter, and a long, dark stretch of inconsolable grief for what was once our Republic.

Sadly, there will be plenty of unofficial Trump Super PACS deserving of “thank you” cards from the millions of us who feel utterly betrayed. And then, a hostile divorce.