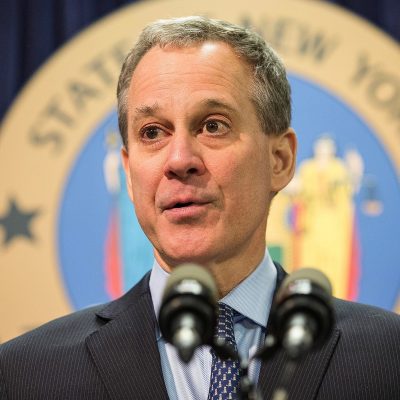 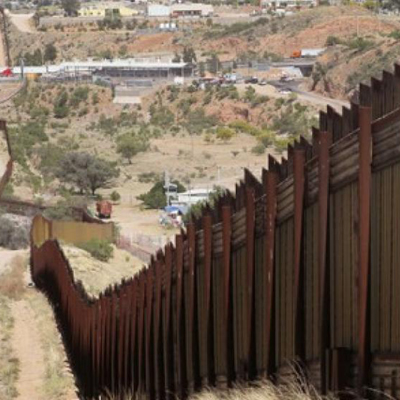 by Beege Welborn in Headlines 4 Comments

Attorney General Jeff Sessions got himself down to border country Monday – well, San Diego – and dropped what is apparently a bombshell on unsuspecting lawbreakers of the border-hopping immigration kind: you could lose your kids and they could lose you.

Why this possibility is news to anyone is beyond me, but apparently things have been so humanely cozy for so long in the cross-border immigration business, that there’s a whole lot of surprised faces.

All immigrants who cross the border illegally will be charged with a crime under a new “zero tolerance” border enforcement policy, Atty. Gen. Jeff Sessions said Monday, launching a crackdown that could overwhelm already-clogged detention facilities and immigration courts with hundreds of thousands of new cases.

Sessions also said that families who illegally cross the border may be separated after their arrest, with children sent to juvenile shelters while their parents are sent to adult detention facilities. Until now, border agents tried to keep parents and their children at the same detention site.

The histrionics are sure to erupt as word of this gets out, but it is, in fact, neither “new” policy or law. It’s just finally being enforced. What a concept.

“This border is not open. Don’t come unlawfully…. Make your claim. Wait your turn,” Sessions said Monday, speaking to reporters at Border Field State Park, which straddles the U.S.-Mexico border near Imperial Beach in San Diego County. “We cannot let everyone in this planet who is in a difficult situation.”

“If you are smuggling a child, then we will prosecute you and that child will be separated from you as required by law,” Sessions said earlier Monday in Scottsdale, Ariz. “If you don’t like that, then don’t smuggle children over our border.”

Families seeking asylum and presenting themselves at official U.S. border crossings will be allowed to stay together as they seek protected status, according to a U.S. official familiar with the new policy.

But asylum seekers caught crossing illegally will be charged with a crime and their children sent to refugee shelters, even as agents conduct the legally required interview to evaluate their asylum claims.

In what could be considered a fine example of the consequences of relaxed enforcement, today’s announcement follows on the heels of? An increase in familial border crossings.

Reuters first reported the government’s idea to separate parents and children apprehended at the border in March 2017.

In April, the administration said it was no longer considering such action because of a decline in apprehensions of families at the U.S. border with Mexico.

Apprehensions have now risen to levels seen during the administration of former President Barack Obama, frustrating President Donald Trump, who has made illegal immigration a focal point of his administration.

Sometimes, enforcing the law is just crazy enough an idea that it works across the board. Witness…

The Trump administration is convinced that detaining more border crossers will serve as an effective deterrent. When agents in El Paso started apprehending more families in 2017, the number of illegal crossings dropped by 64%, a Homeland Security official said.

Mind you, no one was screaming quite as loudly or acting half as shell shocked when the Obama administration sent back thousands of Central American children. CNN was on their pathos soap box, but that’s what one would expect. And you’ll notice they dubbed them “immigrant” children. Kind of scrubbing the whole affair to make it even more heart wrenching and guilt-inducing.

Sheesh. What a propaganda film.

The administration has been on an immigration focused roll this weekend. Starting on Friday, they rescinded the “temporary protections” for Hondurans who fled to the U.S. after Hurricane Mitch. How awful, right? Maybe. Depends how reasonably “temporary” has that temporary been.

Hurricane Mitch blew them out of Honduras in 1998. TWENTY temporary YEARS ago.

“There’s a possibility in the future we could be separated,” said 15-year-old Jonathan. He and his two brothers, Saul and Jeremy, are U.S. citizens whose parents could be deported.

Their father, Jose Zometa, is one of 57,000 Hondurans whose permission to live in the U.S. after Hurricane Mitch devastated their country in 1998 was just ended by the Trump administration.

Their mother’s status was revoked last year. She fears what will happen to her boys.

“It’s as if you’re moving in pieces,” Victoria Zometa said. “This one stays here, this one stays, there. It’s horrible.”

She received temporary protected status, or TPS, after an earthquake struck El Salvador in 2001.

I don’t know about you, but I have quite a different definition of that word. Pity meter pegged. And this isn’t the end of everything for them, even with losing that status:

Those who have lost the special immigration status have 12 to 18 months to return home or find another type of legal residency. There are concerns, however, that many may simply decide to stay and live in the shadows.

If they haven’t made any attempt in TWENTY YEARS to legitimize their status, expecting to ride forever on the “temporary” waiver, I doubt they’ll up and make a run for papers now. And isn’t it just awful to expect these folks to address the situation themselves any time prior to this rude wake-up call.

That’s what wrong with us as a whole. We unreasonably expect things, like law enforcement, secure borders, and consequences for actions. Things we’ve been continually promised and only now are actually beginning to see come to fruition. Families being torn apart is heartrending. But those families are in the act of invading the sovereignty of my country – my family’s home. And there must be consequences for those actions, instead of rewards.