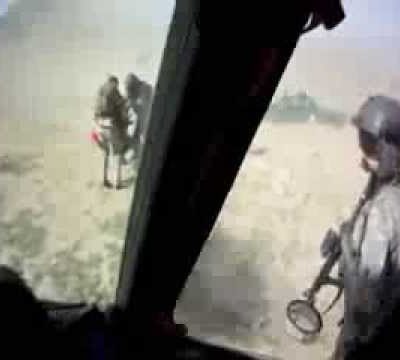 In Plano, Texas, a girl named Shea Shawhan has become the victim of bullying. It’s not a new story — indeed, the rise of bullying over the past few years has been covered to death in the media — but Shea’s story is a little more despicable than usual. Shea is a special needs student. She was born with a brain injury that causes her to suffer seizures. She is 18-years-old, but possesses the mental capacity of an eight-year-old. Yet she has been targeted by vicious bullies urging her to kill herself and threatening her with rape.

One of the texts read: ‘Why are u still here. Clearly no one wants you. U only have special needs friends. And ur ugly and have a horrible fashion sense. Honestly ur clothes suck.’

… Some of the missives addressed to the student were even more explicit and menacing, including one that stated: ‘Shea is so annoying but cute I want to do more than just kiss her I want to rape her then kill her. That will finally make sure she goes away for good.’

… A message sent in late September even boasted that Shea and her mother would never be able to figure out who has been tormenting her.

‘I am many because we are a group and a union of people who dislike u,’ the missive stated.

The texts were sent from a web application that generates fake phone numbers, making the identities of the perpetrators difficult to trace. But what will happen when they are caught? Several recent similar cases can give us an idea.

Consider the case of Brian Holloway. The former NFL player found his house trashed after a party took place with over 300 teenagers present. Many of the teenagers took photos of the party, including the vandalism, and posted them online. Holloway shared those same photos online in a plea to help save the 300 teens. Rather than pressing charges against them for the $20,000 in damages the teens caused, he invited them to his house for a picnic for veterans, where they would also spend the day helping to clean up the mess they made. One teenager showed up.

Other parents of the 300 criminals? They found lawyers and threatened to sue Holloway. And so instead of spending a day righting their wrongs, these teens are finding out that arrests are going to be made — for felony charges, too.

Or how about the case of Rebecca Sedwick? 15 girls ganged up on the 12-year-old, harassing her and stalking her, urging her to kill herself. The bullying got so bad that Sedwick’s mother eventually had to pull her daughter from her school, but it didn’t stop. Sedwick eventually climbed a tower at a concrete plant and jumped to her death.

The ringleaders of the gang harassing Sedwick were caught after they posted on Facebook about it. Their parents’ responses? Rather telling. Sheriff Grady Judd felt that he had no choice but to arrest them, because the parents were taking no action to prevent the behavior from continuing.

Judd held a press conference on Tuesday morning and said authorities acted fast because even though the accused girls’ parents were contacted by police about Sedwick’s death, the parents did not cooperate with police and the girls were still able to use their social media accounts.

… A man who answered the phone at the 14-year-old’s Lakeland home identified himself as her father. He told The Associated Press that his daughter was “a good girl” and he was “100 percent sure that whatever they’re saying about my daughter is not true.”

Police had seized the girls’ computers and cell phones, which is how they were able to ascertain who the culprits were. But these were good girls, right?

After losing her husband in a car accident, Melinda Coleman decided her family needed a fresh start, and so she moved to Maryville with her four children. One of those children was 14-year-old Daisy Coleman. Daisy was a member of her high school’s cheerleading squad, made good grades, and had caught the attention of a senior football player named Matthew Barnett.

One Saturday night, Daisy had her best friend over for a sleepover, who was 13. The two girls were drinking, and decided to sneak out to meet up with Barnett and some other football players. Daisy was given two large glasses of a clear liquid, and she remembers nothing after that.

What happened was that both girls were raped. A 15-year-old boy admitted to having sex with the 13-year-old, despite her telling him no multiple times. She remembers what happened that night. Daisy had to be carried from the bedroom she had been taken to, and was incoherent and crying. They drove her back home and then left her on her front lawn in 22 degree weather, wearing just a t-shirt and sweatpants. When Coleman found Daisy, her hair was frozen and she was scratching at the door. Her purse, shoes, and phone were scattered around outside. When she gave Daisy a bath to try to warm her up, she noticed redness and Daisy admitted that she was in pain. She immediately took her to the hospital, where they found evidence of rape. The 13-year-old also ended up in the hospital. Seven hours after her last drink, Daisy’s blood alcohol level was .13.

The police began to investigate. One of the boys admitted to taping the rape on his cell phone. A search warrant was obtained for Barnett’s house, where more evidence was found, including several cell phones. The police were able to get videotaped confessions from multiple boys.

The most horrifying part, however, may be the reaction from the rest of the town.

Daisy was suspended from the cheerleading squad for her role in the night’s events. Barnett did not finish his senior year there, according to his lawyer.

Two weeks after the incident, Coleman says, she was told without explanation that her employment at Maryville’s SouthPaws Veterinary Clinic was being terminated.

… The parent of one of the teens at the Barnett house that night was the only one to comment briefly to The Star: “Our boys deserve an apology, and they haven’t gotten it yet.”

Get that? The rapists — who confessed to police — deserved an apology.

The Colemans eventually had to leave Maryville. The house they left behind was eventually burned down in a suspicious fire. Oh, and Barnett? His grandfather just happened to be a member of the Missouri House of Representatives.

What do these latter three stories have in common? Each time, parents have excused abhorrent behavior from their teenagers. They’ve denied that it happened, pulled strings to ensure that the teens avoided any consequences for their actions, and in two of the cases, blamed the victims. There are countless other situations (like the Steubenville rape case) where the exact same thing has happened. These stories are not anomalies. If the bullies are caught in Shea Shawhan’s case, will their parents react the same way?

Time and time again, there are stories of pre-teens and teenagers who commit suicide because bullying has become so vicious towards them. Often, it’s cyber-bullying. And each time, there are questions. Why did this happen? How do we stop the bullying? What can parents do?

Well, for one thing, they can stop making excuses for their special snowflakes when they’re caught in such egregious misdeeds. But oh no — in today’s world, if little Timmy did something wrong, then it’s always someone else’s fault, there’s someone else to blame, and he’s really a good boy who wouldn’t do anything wrong. Parents do some impressive mental gymnastics to excuse truly despicable behavior, and then we wonder why bullying has become so widespread. And let’s be honest here. This isn’t something that would come up overnight. These kids likely grew up knowing that whatever they did wrong, they wouldn’t face any real repercussions, they wouldn’t have any consequences, and so who cares what they did? Parents are raising children without any discipline, without holding them accountable for their actions, and yet we are surprised when bullying has become more vicious than ever before. We wonder what it is that can be done. Apparently, the idea of parents actually parenting their children never occurred to anyone.

Another culprit? Allowing pre-teens and teenagers alike unlimited access to the internet, smart phones, and social media. When did it become a good idea to allow 12-year-olds to have the newest iPhone just because the tween really, really wanted it? Why did parents suddenly start deciding that their kids could surf the internet as much as they wanted without monitoring what they were doing?

Time and time again, whether it is the victim of the bullying or the bullies themselves, the parents insist that they just don’t know how this happened or what else they could have done to avoid it. Well, the answer is actually quite simple. Take away their cell phones. Unplug the computer and lock it away somewhere, so the kid doesn’t have any access to the internet or to Facebook. Problem solved. Oh, sure — the little snowflake will probably cry and scream and throw temper tantrums, because everyone has cell phones, and not having a Facebook account anymore will totally ruin their life. But you know what? We’ve been doing this little experiment for almost a decade now, letting children have unlimited access to cell phones and internet. And it hasn’t exactly been working out so well, has it?

There’s something that we all, as parents, need to be honest about here. Teenagers are going to do dumb things. Duh, right? The thing is, a teenager’s brain is not fully formed yet. They are literally incapable of thinking their actions through, of determining long-term consequences. It’s why teenagers often engage in such reckless, risky behavior. Their brains are wired that way. That’s why, even though teenagers may look really grown-up (and even sound like it sometimes, too), it’s crucial for parents to remember that they’re still just children.

A 13-year-old won’t really understand the long-term consequences of bullying another classmate so harshly. They won’t get that by taunting them, urging them to commit suicide, that there could be real-life repercussions, and it’s just so, so easy to say those things behind the safety of a computer or a cell phone screen. But for some reason, the idea of not letting that 13-year-old have a cell phone, or their own computer, or surf the internet all they want, is unthinkable.

We want to know why bullying to the point of suicide happens? Why teenagers can trash someone’s house and post pictures online without thinking twice? How football players won’t think twice about taping a girl getting raped on their cell phones? Well, parents, the answer is quite simple. Walk into your bathroom and look into the mirror. That’s your answer. As long as parents continue allowing their children unlimited, unmonitored access to smart phones and social media, this will continue to happen. As long as parents continue bending over backwards making excuses for their precious angels who committed horrible crimes, this will continue to happen.

Until parents figure out that they need to start actually being parents again, this isn’t going to end. It’s the most obvious solution in the world, yet why is it that so few parents seem to be able to figure it out?