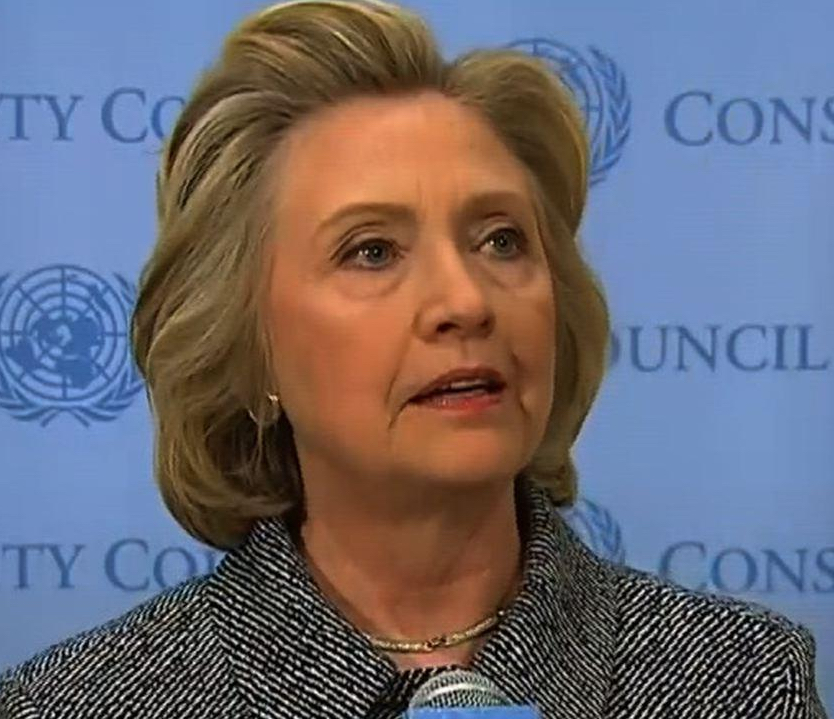 It’s an open secret that Hillary Clinton and Barack Obama dislike one another. Immensely. But bucking that trend, the two met yesterday on the down low, at the White House, without notifying the press of said powwow. Now what in the world could they possibly be chatting about? Yoga poses? The new Spring PantSuit line? The missing six billion taxpayer dollars? Or perhaps…the news that Hillary emailed her top State Department aides, at their personal accounts, about official business, and she’s looking for an assist from the NCAA Bracketer-in-Chief? Yep, you read that right: Hillary Clinton, the head honcho over at the State Department for four years, the person who should have had our national security as her primary concern, reportedly emailed her top staffers from her private account to their private accounts about State Department business, a would-be hacker’s dream. And what was discussed in some of those emails, in the 300 or so that Congress now has in its possession? Benghazi, for one thing. From Breitbart: 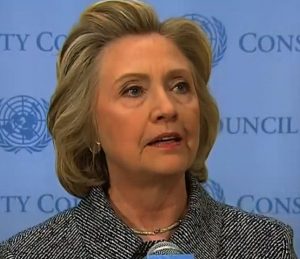 “The New York Times reported that a review of the roughly 300 emails from Clinton’s personal account that Congress has shows ‘that Mrs. Clinton’s top aides at times corresponded with her about State Department matters from their personal email accounts, raising questions about her recent assertions that she made it her practice to email aides at their government addresses so the messages would be preserved, in compliance with federal record-keeping regulations.’

After lawmakers grilled a State Department official on Benghazi in 2012, Clinton reportedly emailed an adviser and asked, ‘Did we survive the day?’ The adviser reportedly replied, ‘Survive, yes.’

According to the Times, at least four of Clinton’s closest advisers at the State Department–-chief of staff Cheryl Mills, spokesperson Philippe Reines, top confidante and deputy chief of staff Huma Abedin, and foreign policy adviser Jake Sullivan–-communicated with Clinton about government matters via their private email accounts.

This new information flies in the face of Hillary’s assertion during that now-infamous, and obviously deceptive, press conference, that she 1) was in full compliance with State Department communications preservation regulations, and 2) that she never discussed “official government matters” over email.

As discussed on the Kelly File last evening with Judge Napolitano:

“Clearly the full House has subpoena power for that server,” says @Judgenap. #KellyFile

Hillary Clinton’s decision to unilaterally delete over 30,000 emails has been deservedly compared to Nixon’s Watergate. Which is, of course, a colossal understatement. She has repeatedly failed her 4 a.m. phone call. Let’s hope that Rep. Trey Gowdy—who has subpoenaed the emails of nearly a dozen of Hillary’s former aides, and requested that Hillary turn over the servers—will keep the pressure on, compel Speaker Boehner to subpoena the servers, and force Clinton to testify before Congress regarding the obvious dereliction of her duties, and possible violation of law. We already have a White House occupant who’s made it his mission to be the most lawless, secretive, national-security-nightmare-of-a-PINO ever. We certainly don’t need a Barack Obama Redux for 2016. And she has shown us, for those with the courage to open their eyes and see, that that is just what we’d get with a Hillary Clinton presidency.