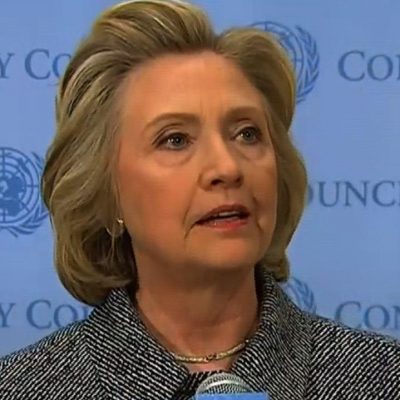 The Legacy Media is all atwitter (A-Twitter really) with what is only the very shadow of the beginning of what they are going to try to do to savage Ted Cruz and his presidential aspirations.  They are going to use words like “demagogue” and a “political flamethrower.”  They are going to frighten liberals and moderates with characterizations such as “hardliner.”

But for many of us, we already know were it is exactly that we stand on the things that matter to us and the issues we care about.  Ted Cruz knocks it out of the park on many of them, but I think he really is attempting to reach out to not only social conservatives, but to the young people that may have been Obama voters who were “bamboozled” by a man who had only the convictions his teleprompter queued up and who rarely has the courage of his convictions, unless it is in the knowledge that it is bad for freedom.

But no matter.  There is much to be done for the Cruz Campaign between now and election day.  In order to for him to survive, he is going to have to ensure that not only is his proverbial house in order, he is going to have to shore up the support of or jettison RINOs like Lindsey Grahamnesty and John McCain followed by either tossing over the side or marginalizing political operatives like Karl Rove.  I can’t wait for the media that whines about how racist the Republicans are to try to couch all of their racist tendencies in the language of moderation.

I hope Ted gets all that done, and I hope it for one very good reason; I want to watch the debates….

Anyone else eagerly rubbing their hands together?

I am.  If only because I want to see 3 uninterrupted debates in which Ted Cruz spends his time mopping the floor with the likes of Hillary Clinton.  I want to watch her flounder and hedge and then, when it is all said and done; the Youtubers and Bloggers can cross match what she said with what will knowingly be the lovely nuggets of her past in two minute campaign spots that will undoubtedly be passed around the world.

Liberals aren’t the only ones with internet savvy.

I want to watch and intellectual heavyweight like Ted Cruz (who argued the Heller case before the SCOTUS) land punch after punch on a Hillary candidacy that may have worked well to elect her in 1992 when there wasn’t really an Internet.  Landing punches on everything from economic policy and foreign policy.  Can you imagine the target rich environment he gets just from all of the things she has said?  Everything from ducking “sniper fire” to “what difference does it make?”

My guess is that it will make quite a bit of difference in the end.

And if the Democrats pick Joe Biden?  More’s the pity.  That guy is a walking gaffe all mixed with the video to show what a handsy touchy freak-show he really is.  What about Elizabeth Warren?  Well, Fauxcahontas would be out of her depth only slightly less than Joe or Hillary.  We have yet to see what kind of baggage she would bring to this race.

The pool of candidates doesn’t run deep with the other side of the aisle.

I was only 11 when it was “morning in America” the last time a man like this ran for the White House.  I wish him luck and I will vote for him if I get a chance to.  I think he is off to great start.

Will this election right the ship of state?  I don’t know.  Regardless of who survives the bloodbath that will surely be the Republican campaign season, I know what I have known since before the last election.

That Conservatives are eager for battle.