Previous post
Hillary Dissed Bernie and Said Nobody Likes Him 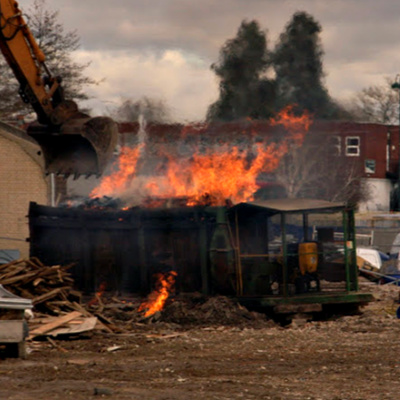 On January 20, 2017, at 12:19 p.m., nineteen minutes after the inauguration ceremony of President Donald J. Trump began, the Washington Post published an article titled “The campaign to impeach President Trump has begun”. Three years, one day and almost one hour later, the Impeachment Trial of Donald J. Trump began. Eight hours into the debate of rules for the trial, there is no doubt this first day has been a dumpster fire. Although, to be fair, at least a dumpster fire provides warmth.

Chuck Schumer introduced four amendments to the trial rules. The last of these four amendments was to compel John Michael (Mick) Mulvaney, OMB Director and acting White House Chief of Staff, to testify. Each time, an amendment was introduced, an appointed House Manager would stand up and repeat ad nauseam the same facts that they bored us with in the House. And, I mean they repeated and repeated and repeated. With full screens and video clips, it didn’t make it any more palatable. Manager Hakeem Jeffries even channeled sportscaster Warner Wolf when introducing a clip and said, “Let’s go to the video tape.”

Chris Wallace of Fox News told Kellyanne Conway he was concerned that the White House legal team wasn’t using all of their time. The Democrats used every minute to repeat the scurrilous charges against the President. The Counselor to the President looked at Wallace and calmly said, “Don’t confuse repetition with relevance.” Thank you, Kellyanne!

The worst part of this first day was watching Adam Schiff. Mr. Schiff was particularly reptilian today. But, he is why we are here. He has lied about everything from day one. We still don’t know the truth about his relationship with the non-whistleblower. While the White House legal team may not have talked us to death, when they did speak, they were awesome. Here lawyer Pat Cipollone calls out Schiff for his galactic hypocrisy:

Complete transparency from Trump and continued lies from Schiff. Oh, look, my shocked face. And, I love Cipollone calling out the lack of due process and the use of the SCIF. And, Shifty Schiff has the crust to kvetch about a fair trial?

Senators get 16 hours to ask questions. Wouldn’t they like to ask about documents?

If McConnell gets his way, they won’t see any documents before their questions.

Even if documents are allowed later, they can’t ask a single question about them.

Self-awareness is clearly not one of Schiff’s significant strengths.

I almost feel sorry for Jason Crow (D-CO), Val Demings (D-FL) and Hakeem Jeffries (D-NY). As House Managers, they are so far out of their depth.

I have zero sympathy for the Senators stuck in their seats. This is all on y’all. Politico.com reported on their hardship:

The result is a rare procedural spectacle that could last a week or more on the Senate floor. In a chamber where the average age is about 60, members will be stretching the limits of their abilities to remain silent, alert and awake for hours on end, day after day.

They are being tested on more than their physical stamina: Senators were also faced with an attention-span challenge, forced to forfeit their cellphones, iPads and other electronics.

My heart bleeds…not. These jackwagons are wasting our time and our money. I get the feeling that this dumpster fire could be continuing on January 20, 2021 at noon when Donald John Trump raises his hand for his second Inaugural.

The second day of this impeachment trial is likely to be a bore, just like the first day. And, the third day? Lather, rinse, repeat.