Previous post
Yo, Potty-Mouthed Feminists? This One's for You

Next post
Yes Hillary, Business DID Create Your Job 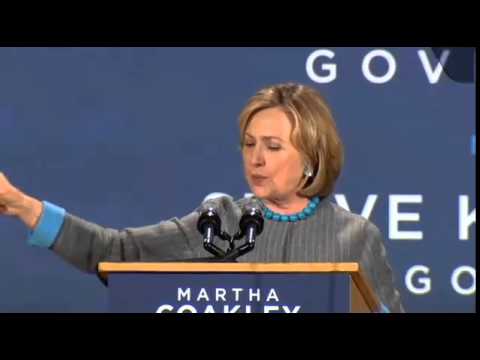 Hillary Clinton, a presumptive Democratic candidate for president in 2016, has been on the campaign trail spreading her special breed of liberal progressive lunacy. At a Democratic rally in Massachusetts, Hillary attempted to explain the failures of “trickle down economics”. Instead she gave us this gem. Cue Hillary’s “you didn’t build that” moment.

“Don’t let anybody tell you that raising the minimum wage will kill jobs, they always say that,” said Clinton.

Actually, Hil, it DOES kill jobs. I know you and your rich, elitist buddies don’t bother to shop with the rest of us at Walmart and Meijer — you know, BIG BOX stores — but haven’t you at least heard that they have implemented self checkout lanes? Even McDonald’s is experimenting with replacing cashiers with machines, and according to an economic blog, a machine only needs to cost less than $100,000 a year to purchase and maintain for them to be more cost effective than paying a human being the $15 an hour McDonald’s employees are demanding.

“Don’t let anybody tell you that it’s corporations and businesses that create jobs,” added the former Secretary of State.

And here I thought it was the corporations and businesses, like the ones we are forcing to raise their wages, that employ individuals and create jobs.