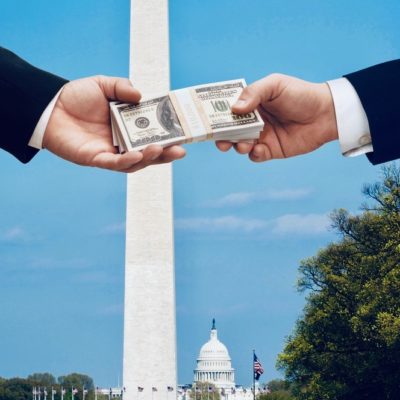 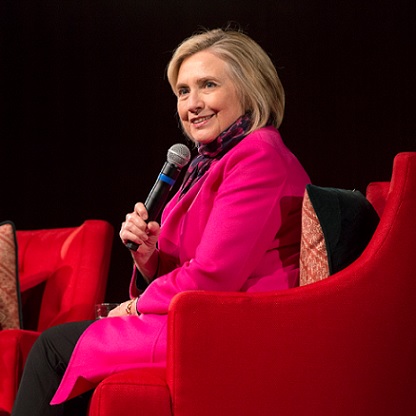 Only trust a Clinton as far as you can throw them. Do we dare believe Hillary when she says she’s not running for president in 2020?

She finally did say it, on camera.

BREAKING: Hillary Clinton rules out 2020 bid for first time on camera in interview with News 12 NJ

However, it has to be killing her that Bernie Sanders is considered one of the front-runners of the Democrat primary and she is reduced to an “advisory” role.

When Cory Booker left the stage here in Selma, Hillary Clinton stood and gave a big hug. The warmth was palpable. When Bernie Sanders left the stage, she stood and, as he was briskly walking past, it appeared they briefly shook hands. The chilliness was palpable.

Speaking of this weekend in Selma, Alabama, marking the anniversary of “Bloody Sunday,” Hillary decided it was time to bring back three of her most favorite things. First, her Southern accent:

Second, Hillary got to bask in the participation trophy award for the 2016 presidential election popular vote, thanks to Spartacus Booker and others. At least someone believes the lie that the election was “stolen” from her.

And that leads us into her third favorite thing: Hillary places the blame for her loss anywhere but on herself. Now, according to her, it’s the fault of the loss of the Voting Rights Act. I’m serious. That’s what she said.

The gall of this woman.

In her speech to mark the anniversary of “Bloody Sunday” in Selma, AL, former Secretary of State Hillary Clinton said because the Supreme Court “gutted” the Voting Rights Act, she lost the state of Wisconsin in the 2016 presidential election due to people being turned away because of their skin color.

Clinton said there are people in the country who are determined to undermine voting rights.

“They are motivated every single day to try to pull back rights, to try to suppress rights, to try to prevent people from fulfilling their own God-given potential. They did go to work and they found a receptive Supreme Court who came up with the most absurd decision. This is, in many ways, the most absurd,” she said. “The Congress is supposed to legislate based on evidence and facts, and we did. The Supreme Court says, ‘You don’t need that anymore. We don’t need that voting rights stuff. You don’t need to hold states and municipalities accountable. We are beyond all that now.’ What nonsense. Absolute, absurd nonsense.”

“I was the first person who ran for president without the protection of the Voting Rights Act and I will tell you it made it makes a really big difference and it doesn’t makes a difference in Alabama and Georgia, it made a difference in Wisconsin, where the best studies that have been done said somewhere between 40,000 and 80,000 people were turned away from the polls because of the color of their skin, because of their age, because of whatever excuse could be made up to stop a fellow American citizen from voting,” Clinton continued.

Hillary had to have been day drinking again. Don’t you think if Wisconsin voters had been turned away from the polls, we would have heard about it in, oh, I don’t know, 2016??? Maybe right when it was happening??

It’s always someone or something else’s fault. The FBI. The Russians. Losing parts of the Voting Rights Act. Never mind that she didn’t campaign in Wisconsin. It’s always got to be something other than herself that sabotaged her. Because then Hillary might have to accept that she was a loser of a candidate.

It must chap her hide every single day that she wakes up and she’s still not president. And all she can do while the world moves on without her is scream “I WON THE POPULAR VOTE” over and over and over, try and insert herself into current events.

So, should we believe that Hillary Clinton means it when she says that she’s not running for president in 2020?

I’ll believe it when the first debate happens and she isn’t on the stage.

Spoke to someone close with Clinton in contact with her today. They say she wasn’t trying to be emphatic and close the door on running when she spoke to a local reporter yesterday, and that she was surprised by how definitively it played. 1/2

The person also says she is extremely unlikely to run, but that she remains bothered that she’s expected to close the door on it when, say, John Kerry isn’t. She has told her team she is waiting at least to see the Mueller report. 2/2

Oh, we were supposed to be heartbroken at this news, so Hillary could sing “Don’t Cry For Me, Argentina” on her way off the stage. Apparently the collective “meh, good thing” offended the Red Queen.

For some reason, this makes me laugh even harder.

Featured photo: Hillary Clinton at the Lady Bird Johnson Auditorium at the University of Texas, Austin, on November 13, 2018 (photo by Jay Godwin for the LBJ Presidential Library, cropped, public domain)