Previous post
No, the Indiana Religious Freedom Act Does Not Discriminate Against Gays 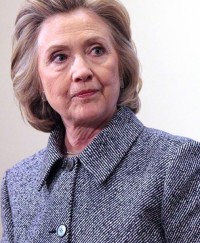 Next post
#HillaryEmail: Experts Say Deleted Emails on Clinton's Server May be Recoverable

Huma Abedin has been Hillary Clinton’s top aide and assistant for years.


But now, Senator Chuck Grassley (R-Iowa), head of the Senate Judiciary Committee, is now digging into why Abedin was allowed to retain special government employee status while also working for a consulting firm. This is an ongoing effort by Grassley to get some answers from both Hillary Clinton and Huma Abedin, as both used private email accounts while working for the State Department.

Grassley’s probe started in 2013, when he requested all communications between Abedin, after she switched from a full-time deputy chief of staff for Clinton to a part-timer, then started working for Teneo, a consulting firm that says it “brings together the disciplines of government and public affairs.”

“A number of conflict-of-interest concerns arise when a government employee is simultaneously being paid by a private company, especially when that company (is) Teneo,” Grassley said in the March 19 letter to Kerry that also raised concerns about Abedin and other department employees appearing to have been “improperly categorized” as special government employees, or SGEs.

Grassley says he specifically wants to know “what steps the department took to ensure that … Abedin’s outside employment with a political-intelligence and corporate-advisory firm did not conflict with her simultaneous employment at the State Department.”

While I can appreciate Grassley’s efforts, we all know why Huma Abedin was allowed to double-dip at the taxpayers’ expense. She is loyal to Hillary Clinton, which means that she can get away with it. After all, we also learned last Friday that Hillary Clinton decided to erase everything her own email server.

“While it is not clear precisely when Secretary Clinton decided to permanently delete all emails from her server, it appears she made the decision after October 28, 2014, when the Department of State for the first time asked the Secretary to return her public record to the Department,” Rep. Trey Gowdy (R-S.C.), chairman of the Select Committee on Benghazi, said in a statement.
Clinton was under a subpoena order from the panel for all documents related to the 2012 attacks on the American compound there. But David Kendall, an attorney for Clinton, said the 900 pages of emails previously provided to the panel cover its request.
Kendall also informed the committee that Clinton’s emails from her time at the State Department have been permanently erased.

How…. convenient. And, as a side note, depending on the method of erasure, those emails may not be completely gone. But it would take IT professionals actually getting their hands on the server itself, which would be extremely difficult, as Hillary’s team is refusing to turn it over – and this new development of claiming that “everything has been erased” means that they can contest any subpoena for the hardware involved as pointless.

Probing Abedin’s status is worthwhile, but she will never turn on Hillary Clinton. Congress is going to have to find their John Dean somewhere else. I suggest trying Abedin’s husband Anthony Weiner. We all know that he enjoys an unhealthy amount of attention, and doesn’t seem to care if he hurts his wife.