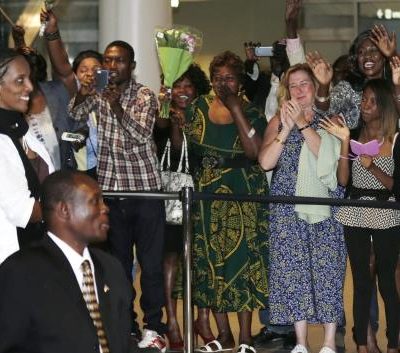 57,000+. That is how many illegal immigrant children and teens have crossed the border since late 2013. A significant number of them are from Central America.

As these children and teens arrive at one of the 63 detention centers across the United States, they not only go through the regular in-processing, they also have beyond normal medical screenings taking place.

Why? Many of those children and teens who’ve entered this country illegally have brought with them communicable diseases such as chicken pox, scabies, lice, and tuberculosis. Were those detention centers ready to handle such an influx of children? Did those detention centers have the staff and medical resources available to treat those diseases and other issues? From the DHS report issued Thursday July 31, 2014 it seems evident that the answer is a resounding NO.

Some of those children and teens are and will be arriving in Colorado. We don’t know how many children are in CO or are on their way because the schools and other organizations such as hospitals, aren’t allowed to ask for that information.

Which begs the following questions:

From the same article linked about, the Executive Director of the Servicios de La Raza in Colorado states:

“Over 90 percent of these children have family here in the United States and they are trying to get here to be reunified,” Rudy Gonzales, executive director of Servicios de La Raza, said.

Are we allowed to ask HOW he knows that over 90% of those illegal immigrants already have family in Colorado?  I guess not.

But lets not look to our President and Congress for answers either. They’d rather NOT do their Constitutionally directed JOB. The Senate adjourns to go on vacation without even looking at the bill, 185 of 186 House Democrats voted no on the immigration bill with some interesting Pelosi fireworks along the way,  and the President has vowed to “act alone”.

Final questions:  When will the states realize that the federal government dictating which states will be the recipients of these illegal immigrants, and a President waving one of his magic pens  to ‘make it so’ is pushing the limits of the 10th Amendment??  Is it really in the states best interest to be taxed with this burden without being given the opportunity to adequately prepare?

Remote Learning Will Fail Our Children