Previous post
A Return To Normal After The Election? 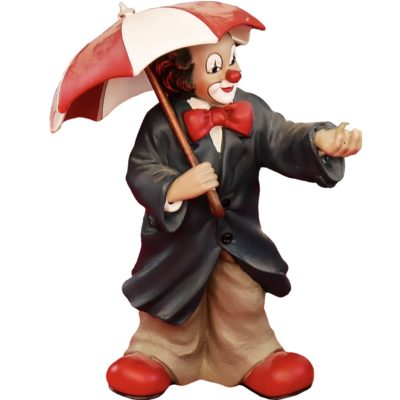 “Happy” is an emotion that has left the Democrat’s platform, if it ever truly existed in the first place. “Doom and Gloom” is their best feature. Using their Green New Deal approved blow dart guns and MSM armor they seek to destroy everything positive or hopeful

This is an example of a happy guy. “Shocking” I know! Dems and their pets in media want to portray Trump as a closet dwelling misogynistic racist troll, who finds joy in sharing misery. They’re wrong, and they know it. But their narrative is that the world is ending, the train is about to fall off the tracks and Trump is feeding coal to the burner.

The person fitting this description is the Democrats 2020 POUTS nominee, Joe Biden, and their entire party platform.

The Man in the video, is anything but miserable, misogynist, or racist.

The Messiah is not a Democrat

Isn’t it odd how the Dems platform is a dark and dystopian future, but the candidates they sell the public are “Hope and Change” (Obama), “the man from Hope” (Clinton), and now “Build Back Better!” (One of Biden’s MANY positive outlook slogans)?! I envision a dank cubicle farm, surrounded by positive affirmation posters framed in thin plastic veneer frames. As though some human version of “Eeyore” was tasked with a bulk order from “Successories.” The vision being sold is that maybe if you just “believe in what someone else says”, you can escape the dreary reality of your daily grind.

And of course that “someone” framed in thin plastic veneer, is a Democrat.

Much like the framed images of a tropical paradise or mountain retreats, the Democrat candidates are platitude spewing fakes.

The Democrat Party survives because it builds a hopeless world, then tells voters that the only escape is through them. I’m not sure if it’s a Messiah complex or the modern version of “the Great White Hope.” I am sure it’s a stinking pile of rubbish.

Plenty of left leaning media supports their narrative. This one is a “bullseye” in that it covers the environment, skin color, and economic status. And bonus, it has an actual Pastor in the tweet. What better person to lead followers to  the Democrat plantation.

“All of us are impacted by environmental hazard, but we see over and again how these issues disproportionately impact communities of color’ — Senate candidate Rev. Warnock explains how environmental danger is a race issue pic.twitter.com/JSJFucRtlD

When Trump was saving the city, beloved by NY Dems

Democrats hate Trump. At least in public. They liked Trump 1.0 the lauded New York businessman, who donated to their causes and pet projects.

I remember when NYC ran out of funds to finish the Central Park ice rink repairs. Trump took it over and came in under budget and ahead of schedule. The New York Times has it archived, but certainly won’t remind voters of this 1986 article,

Donald J. Trump refurbished the Central Park -skating rink two and a half months ahead of his own speedy six-month schedule and $750,000 below his own projected $3 million budget, having taken over the project after the city spent six years and $12 million unsuccessfully trying to get the job done.”

I’m sorry, WHAT?! Why would he do such a thing? He’s a selfish, misery loving, people hating troll! He must have been in it for the money!

Mr. Trump did the project free of charge, saying it irritated him just watching the fiasco, although he has reaped torrential publicity and much good will.”

Yikes. Sounds a lot like his presidency. A thankless, and for him salary-free job. He came in as his typical larger than life persona,  didn’t ask for thanks, didn’t ask for followers to believe he was a messiah. He recognized a problem, and worked to fix it, but didn’t seem to worry that people who disliked him would also skate on the rink. It didn’t bother him that some people might avoid it entirely. He cared that the rink looked good, functioned, and was an opportunity available to anyone who wanted it.

Unhappy people are threatened by the happy ones. Happy people find opportunity and want to share it with others. Unhappy people want to spread discontent and then say, “I told you so! If you had listened to me it would be better!”. Rarely is this the case, as happiness is never the outcome from misery. In fact, to achieve happiness, we must leave misery behind.

The Democrats won’t save you. They will sell you a miserable future, full of discontent and bereft of opportunity. Then give you a candidate who is supposed to be the savior of the future. Be it AOC with her Green New Deal, Kamala with her (now disavowed) Medicare for All, or Biden with his brighter tomorrow following decades of his “yesterday failures.” None of these people will give you the opportunity to save yourself, because their very existence is built upon being the one to do it for you.

Happy people help others to become more successful. Miserable people tell others that tomorrow is bleak, but if only you listen to them it will be better.

Biden’s other slogan is “Battle for the Soul of the Nation.” I find it funny that he thinks his platform will be the soul saving Grace for the future of our Republic.

Messiah complex much? Or more likely a clown standing in the rain.

Thank You Sarah Hoyt, and welcome to our INSTAPUNDIT readers!