Previous post
Coulter vs Haley: Bigotry after a speech 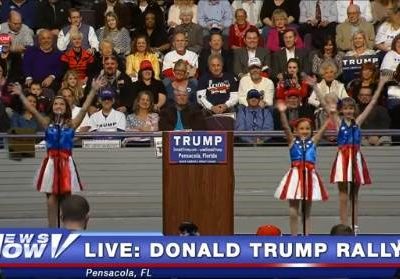 Next post
Trump's USA Freedom Kids: Is This Where the End Begins? 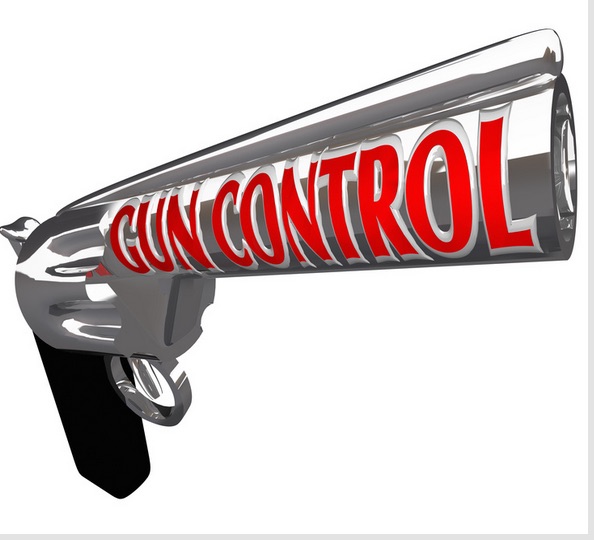 If you have any doubt left in your mind whatsoever that the Left does indeed want to confiscate our guns, look no further than the newest bill authored by six Democrats in the Georgia State House of Representatives.

The text of the bill goes on to say that certain weapons would be required to be seized by the Georgia Bureau of Investigation, with increased penalties for use and possession of machine guns, among other related regulations.

Did you catch that? SEIZED. As in Brown Shirts coming to your home and confiscating your weapons seized? Or just a little “we’ll send you threatening letters until you comply” seized?

By the way, Captain Gun Grabber himself insists confiscation is a “conspiracy.” But remember when he said this:

Sorry, Barry, video is forever. What he’s not telling us is that in 1996, following a mass shooting, Australia imposed a mandatory gun buyback program and forced confiscation of guns. So when he uses the phrase “common sense gun safety measures,” you can bet he means “confiscation.” The man is intellectually dishonest at best. And a serial constitution-violating-tyrant at worst. But back to Georgia…

In a statement, one of the bill’s sponsors, Mary Margaret Oliver, had this to say about her position on this bill:

“Georgia needs debate about these weapons which are only used for rapidly killing people,” the statement read. “Assault weapons are not necessary for deer hunting.”

Oh, really? Well, guess what. No politician gets to decide what is “necessary” for me. Nor do they get to dictate what I use my firearm for. That’s my job. And you won’t be taking that right from me any time soon. And I dare you to try.

But if that lunacy isn’t bad enough, here’s a few snippets of what this egregious bill would do:

“No person shall possess, distribute, transport, transfer, or sell any assault weapon,” it reads. “Any person who distributes, transports, or imports an assault weapon into this state shall be guilty of a felony and, upon conviction thereof, shall be punished by imprisonment for not less than two nor more than ten years.”

The proposed measure also defines a “large-capacity magazine” to be “any firearm magazine, belt, drum, feed strip, or similar device that has the capacity of, or can be readily restored or converted to accept, more than ten rounds of ammunition.”

Those who do possess either an assault weapon or a large-capacity magazine, as defined in the text of the bill, on July 1, 2016, will need to either modify the weapon to magazine to “render it permanently inoperable or such that it is no longer an assault weapon or large capacity magazine” or give the firearm over to the Georgia Bureau of Investigation to be destroyed; gun owners will have an Oct. 31, 2016 deadline to do so.

The bill goes on to list specific firearms that would be felonious to own under this craptastic legislation. Check this out:

Here are the names of the six so-called “Democrats” who want to seize your weapons, Georgians, in case you’d like to give them an earful:

You can read the full text of this fish-wrapper here.

Washington State, which has already trampled all over the Second Amendment via a voter-passed initiative, has legislation pending that would essentially tax ammunition. You can read more about that here. And that’s why many Democrats call themselves “progressives.” Because snip by snip by snip, they are determined to eventually utterly erode our rights. And in the face of the growing threat of Radical Islam on our own soil, I find that pretty curious.

We’ve seen this movie play out already in Colorado. That didn’t work out so well for the sponsors of a bill that was eventually signed into law, and is just as unconstitutional as this one. Let’s hope this affront to Georgians’ constitutionally-guaranteed right to self defense goes down in white hot flames either in the Republican-controlled Congress, or in the circular file in the office of the Republican governor. In fact, I’ll donate the matches. And then perhaps a recall of these five tyrants is in order.