Previous post
Feminist Columnist Jessica Valenti Sez: “Women Should Organize A F*ck-In At Every Hobby Lobby Across The Country" 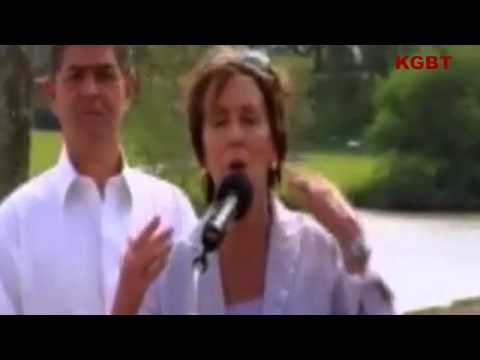 In case you missed it, Nancy Pelosi trotted her entitled self on down to our chaotic southern border over the weekend, declaring the situation, with some illegal children being held in solitary confinement ill with highly contagious diseases, “dazzling.” She offered these pearls of wisdom:

Despite her grandiloquent language, and her brushing off of the absolute humanitarian crisis created by the Pen and Phone Wielder in Chief, Princess Nancy conveniently failed to mention one of the most disturbing occurrences to arise from the border chaos: The death of at least one unaccompanied child lured to our nation by the carrot of amnesty.

Approximately one mile from the Texas/Mexico border, in southern Texas, the decomposing body of eleven-year-old Gilberto Francisco Ramos Juarez was discovered by authorities. They believe he suffered heat stroke after becoming lost in the desert brush. And while finding bodies of would-be border-crossers is not a new phenomenon, Hidalgo County Sheriff Eddie Guerra said this is the first time since taking over the job in April his office has come across the body of a child. That’s likely because, following Obama’s illegal implementation of aspects of the DREAM Act, these kids have heard the message, intentionally or otherwise, that they will not be turned away once they cross into our nation. It is a humanitarian disaster that lies directly at Mr. Obama’s fingertips where the pen of tyranny knows no repercussion.

Dr. Lori Baker, an anthropologist at Baylor University, has spent years exhuming illegal immigrant graves along our southern border, trying to identify them. She insists, “There are going to be many more if we can find their tiny bodies.” Since October, more than 52,000 unaccompanied minors have flooded our borders seeking amnesty and whatever other freebies Mr. Obama has implied. He has offered them attorney services at our expense, is flying and bussing them all across our nation, some of them infected with highly contagious diseases like H1N1, placing our entire nation at significant risk for a pandemic, and is now demanding that Congress fork over another two billion of our tax dollars to “speed the youths’ deportations and…to hire more immigration judges and open more detention facilities.” What we don’t hear is how it’ll be spent toward empowering our border patrol to do what they’re supposed to be doing: securing our borders. Meanwhile, they keep coming.

Yesterday, Mr. Obama once again, brazenly and without apology, stood before the American people and promised to act unilaterally on immigration reform. During that tirade, he as much as admitted that his immigration EO’s are illegal, stating that whatever Congress does will “supplant what I’ve done administratively.” It was more of the same blame game that we’ve become all too accustomed to hearing. It’s Congress’ fault that immigration reform has stalled. It’s Congress’ fault that all these children are invading our nation. It’s Congress fault…

Here’s a newsflash for you, Mr. Obama: No one trusts you. No one believes you will keep your word. No one believes that you will secure our borders. And much of America wants immigration of all types drastically decreased and a border fence erected. Now. And those of us who see right through your putrid lies understand that you, just like Nancy Pelosi, have no regard for children. They are but a pawn in an opportunistic chess game played for political control and your promise of a fundamental transformation of America. So once again, you are on the wrong side of the issue. Lord help us when your pen, filled with fraudulent promises of hope and change, creates yet more intended consequences, for everything you touch turns into a complete and utter moronathon. So let’s stop playing lawsuit softball, John Boehner. You hold the power of the purse. Start acting like it. It’s well past time to defund this out-of-control, bottomless fiscal pit of an executive branch. What are you waiting for?

One last thing…As Mr. Obama stood before the nation shaking his limp fist at Congress, like Nancy Pelosi before him, he made no mention of young Gilberto. He took no responsibility for encouraging Gilberto’s trek across a dry, hot desert in search of implied amnesty, ultimately losing his life exhausted and alone less than a mile from the closest home. He offered no condolences, no apologies, no mention of the importance of Gilberto’s life, no anything to Gilberto’s family. In truth, Mr. Obama cares nothing about the death of a nameless, faceless eleven-year-old Guatemalan boy, or any of the other tens of thousands of children he’s exploiting for his progressive agenda. Because the end always justifies the means, no matter how ugly, how grotesque, or how immoral.