Next post
HOA Tyrants in the Days of Coronavirus 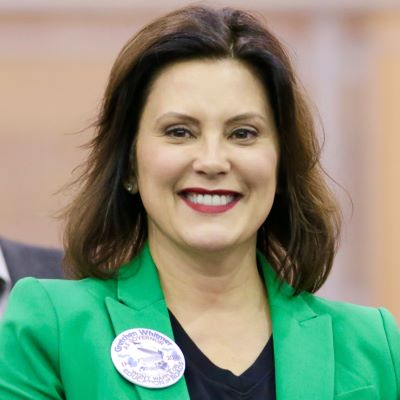 Poor Joe has been sniffing around for a woman to tap as a running mate for several months, and he promises to have a candidate to deliver to the Democrat voters by mid-April.

I honestly thought he was going to grab Stacey Abrams, given her desperation to get elected to something – ANYTHING – and outright issuing a mating call, so to speak, for the nomination. After all, Abrams checks all the right boxes: owning a vagina of color (ostensibly), unable to win public office in her own state, claiming victimhood and voter suppression, delusionally claiming to have won the governor’s race, and that makes her a veritable social justice parade float of the kind of qualifications prognazis seek in a leader!

But right now, at least, attention is focused on Gretchen Whitmer, who Democrats claim is a “rising star,” and by that, they mean “She hates Trump, and she endorsed poor, senile Joe Biden for President,” almost certainly in hopes of getting the VP candidate slot.

But really, Gretchen Whitmer’s claim to fame is squealing about Donald Trump’s leadership during the Coronavirus pandemic, threatening doctors who prescribed two experimental drugs to treat the ‘rona, and then reversing herself and crawling to the feds begging for the drugs.

The Whitmer administration is “pursuing a request” for the drugs from the Strategic National Stockpile, Michigan Department of Health and Human Services spokeswoman Lynn Sutfin told Bridge Magazine late Monday. It’s not immediately clear how many doses the administration seeks.

This tyrannical little shit nugget should be right up the Democrats’ alley.

First, she tried to control how doctors prescribe hydroxychloroquine – a drug widely used to treat lupus, malaria, rheumatoid arthritis, and other ailments. Then, when her little diktats resulted in shortages, she promptly reversed course and began demanding that the federal government bail her out.

Now, it’s all a miscommunication, says Michigan Republican Senate Majority Leader Mike Shirkey. He just asked Whitmer to issue the letter to prevent people from hoarding the drugs and creating another toilet paper situation! How were they to know that the unintended consequences of threatening medical professionals in the midst of a global pandemic was a bad idea?

Pardon me while I snort.

Given Gretchen Whitmer’s repeated feuds with President Trump over his COVID-19 response, I’m thinking that she wanted to be that hero – the Resistance Woman who stood up to Donald Trump, while putting people’s health at risk.

Because although more trials are needed to see the effects of chloroquine and hydroxychloroquine on patients, as well as proper dosage to treat the Coronavirus, testing has already proved promising, according to the Centre for Evidence-Based Medicine at the University of Oxford.

Several in vitro studies report antiviral activity of chloroquine and hydroxychloroquine against SARS-CoV-2. In vivo data, although promising, is currently limited to one study with considerable limitations. On the basis of the weak evidence available to date, treatment guidelines have already incorporated the usage of chloroquine/hydroxychloroquine for certain patients with COVID-19.

Further research should address the optimal dose and duration of treatment, and explore side effects and long-term outcomes.

There is a higher risk of side effects in the presence of renal and liver impairment, and there have been isolated reports of COVID-19 disease-causing renal and hepatic injury.

Over twenty in vivo clinical trials have already been registered to test the use of chloroquine and hydroxychloroquine for the treatment of COVID-19.

Contraindications for the use of these drugs must be checked for each individual before treatment. Empirical evidence suggests that hydroxychloroquine has a better safety profile, and it might therefore be preferable to focus research efforts on this less toxic metabolite.

And as nations scramble madly to find a cure, a promising drug should not be banned by power-hungry politicians to show potential voters how brave they are for standing up to BADORANGEMAN.

I find it amusingly hypocritical that the same Democrats who shrieked and screeched that Vice President Mike Pence is in charge of the Trump Coronavirus task force, because being a religious man ostensibly precludes him from believing in science, will shrilly defend Gretchen Whitmer if she becomes Biden’s running mate, because she threatened medical professionals who dare to prescribe even drugs with limited testing to treat a global pandemic that is causing thousands of deaths around the world.

But Gretchen Whitmer isn’t just problematic in her hypocritical response to the Coronavirus outbreak. Some in her own party claim she’s too far left.

“Gretchen Whitmer has been on the front lines of the progressive movement, fighting back against attacks on women’s health, education, and worker’s rights. In 2012, she introduced a plan to give every Michigan student a debt-free college education long before Bernie Sanders was talking about it on the campaign trail, and she paid for it by closing business tax loopholes,” Ellison said.

“Whitmer is the true grassroots progressive in the race.”

Translation: she wants MOAR ABORTIONS, and she wants your tax dollars to pay for them, no matter at what stage of pregnancy and what reason. She wants taxpayer dollars redistributed to universities and other institutions that implement the racist affirmative action policies, which I – as a minority female – find offensive and morally repugnant. She opposes school choice, barring poor kids from getting a better education than many failing public schools provide, while tossing more money at said failing public schools instead of allowing parents to seek better solutions. She wants further restrictions on our Second Amendment rights, which is a common clarion call among the Democratic imbeciles these days, and she wants a $15 minimum wage, which shows she knows exactly jack and shit about economics.

The sick thing is that this proglodyte will essentially take the reins, given Joe Biden’s quickly declining mental faculties.

Gretchen Whitmer is not someone who should be allowed anywhere near the Oval Office – not even on a tour.