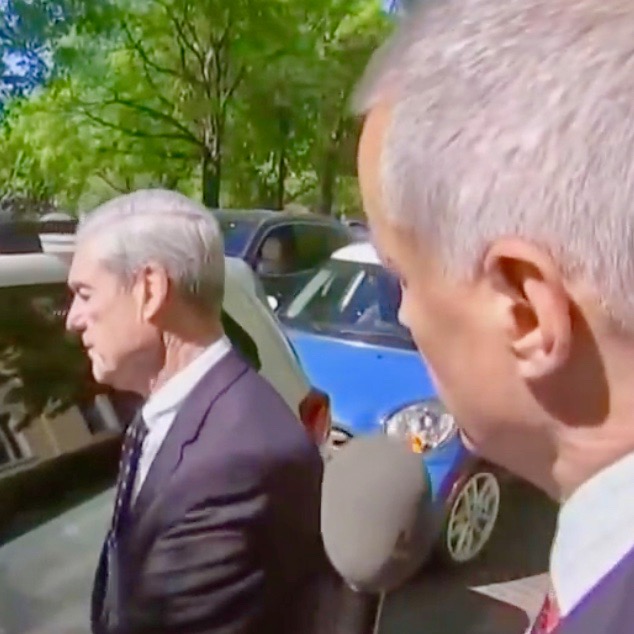 The tantrums from the media after the Mueller report dropped have been just as bad or worse than the ones we witnessed after Trump won the election. The media really wanted collusion to be found. It wasn’t. Now they are mad at Robert Mueller for not toeing their line. Which led to MSNBC’s Mike Viqueira deciding it would be a grand idea to ambush Mueller right after Easter services at church.

MSNBC functioning as the worst of paparazzi instead of acting like decent human beings and leaving Robert Mueller alone on Easter Sunday. Not only that, but this bit from Viqueira would be laughable if it weren’t for the rudeness and extreme lack of self awareness exhibited.

MSNBC just sent a "journalist" out to stake out and harass Robert Mueller when he was leaving church on Easter Sunday.

"We tried to be as respectful as possible" is an actual thing Mike Viqueira said after airing the clip… pic.twitter.com/JdfV6LsA8L

Respectful? Not by any definition of the term. The media so badly wanted collusion to be real that behavior like this is deemed acceptable. Guess what? It isn’t. They so badly wanted Trump to be indicted for something…ANYTHING that they will stalk Robert Mueller to demand the answers they wanted.

It wasn’t just MSNBC’s behavior that was bad today. CNN published a long LOOK AT ME!! article about stalking the Mueller investigation team. They really want us to pat them on the back for their “journalism.”

“Editor’s Note: When special counsel Robert Mueller was appointed to investigate Russian meddling in the US election, CNN, like most news organizations, endeavored to learn what we could about the famously secretive team’s work. So, in addition to other newsgathering efforts, CNN had journalists who stood outside their offices. Journalists often call this a stakeout. Here, the CNN team lays out the backstory of their assignment and how this investment of time yielded big journalistic returns.”

Yes folks, that’s how their fawning story begins. This stakeout was all about the truth! We needed to know everything that our government was doing with this investigation, so CNN’s team of crack reporters went to bat for us all.

“The work was sometimes thrilling, often monotonous and always continued no matter rain, sleet or snow. Countless hours were spent watching, and by extension, listening — to music, podcasts, Russian talk radio for one journalist, or Trump personal attorney Jay Sekulow’s daily radio show in hopes of hearing something Mueller-related — to pass the time.

Even though the stakeouts could be exhausting, there were moments when the full weight of the responsibility would hit us. Often we were the only journalistic eyes and ears on the ground at Mueller’s office — not just for all of CNN, but all of the world. It was history.”

Were your eyes rolling on the floor after reading that drivel? Mine were. The rest of their cutesy pat on the back was enough to make one hurl. It was a hunch that led to CNN airing the Roger Stone arrest. It was hard work identifying those who were on the Mueller team or were providing information because you know, those dark suits and white shirts!

And let’s not forget the bird incident.

.@FossumSamuel's best update from #CNNStakeout today:
"Someone in a parrot costume went up to the door. They 'banged' their beak against the glass then showed us their parrot butt… I assume someone inside is making fun of the press out here." pic.twitter.com/8VLk5gMNkM

Then the actual Mueller report dropped and we find out that nothing will be as the media had planned it. There was no collusion. Trump won’t be indicted by Mueller and no obstruction.

However, story after story since the advent of the Mueller report has had the underlying theme of  ‘there was supposed to be something there! There still is if we keep digging!’

Easter Sunday services. NOT the time nor the place unless you are a shameless media hack like MSNBC.

The media continues to ask why a significant number of Americans don’t trust them. I present to you Exhibit A.