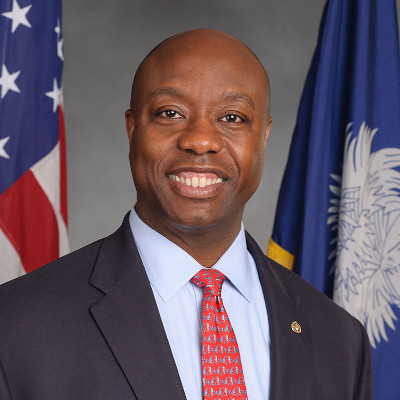 The last ten days or so have been difficult for all of us. Who can forget the images of George Floyd crying out that he couldn’t breathe as former police officer Derek Chauvin knelt on his neck? But those images will be forever tied to the images of peaceful protests turning violent, of stores being looted and burned. The demands for police reform have been muddied by other demands to “defund” the police or to abolish them altogether. The Democrats have already presented their proposed reforms to the American public. Yesterday, Senate Majority Leader Mitch McConnell named Sen. Tim Scott to pull together the Republican’s response to what many see as an inherent problem with law enforcement in this country.

This isn’t the first time our country has erupted into protests and even violence following a police shooting. Nor is it the first time questions have arisen over what many see as a disparate number of black or other minorities being shot by white officers. But this is the first time such a shooting happened during a pandemic when emotions were already running high and people were looking for an outlet, any outlet, for their anger, frustration and fear.

And that makes this situation and how we as citizens and how our political representatives respond to it all the more important. Yes, we need to have a serious discussion on what happened and why. But we cannot allow emotions to override common sense. We can’t throw the proverbial baby out with the bath water. As a commentator said yesterday, the problem with all these calls to defund and/or dissolve police departments is that they offer no viable alternative and a nation without some sort of law enforcement division is a nation that will fall into chaos in very short order.

According to NPR, the Justice in Policing Act of 2020 is “one of the most comprehensive efforts in modern times to overhaul the way police do their jobs.”

It would prohibit the use of chokeholds, lower legal standards to pursue criminal and civil penalties for police misconduct, and ban no-knock warrants in drug-related cases. The plan would also create a national registry to track police misconduct.”

On the face of it, that doesn’t seem too bad. However, it is the unspoken, at least until Nancy Pelosi opened her mouth, “but” hanging at the end of the explanation of the Act that is worrisome. According to the Speaker, “True justice can only be achieved with full, comprehensive action, that is what we are doing today. This is a first step; there is more to come.”

So, in true Democratic form, she is backing a move to hamstring our police, increase the presence of the federal government in what should be state and local matters and grow the size of the government. Oh, and she will help do this at the loss of our Constitutional and civil rights.

What the NPR article doesn’t tell you is that the so-called “Justice in Policing Act of 2020” goes much further than the few reforms listed. You can read the proposed Act here. But, to put it bluntly, there are so many holes and problems with the Act that it isn’t funny.

For example, one of the provisions calls for the creation of a “National Police Misconduct Registry to prevent problematic officers who are fired or leave on agency from moving to another jurisdiction without any accountability.” The problem? It doesn’t define what is meant by “problematic officers” nor does it mandate that the information be included only after a final adjudication. Because of that, any officer who has had a complaint filed against him might be required to be listed on the registry.

That is just one problem with the Democrats’ plan. There are many, many others.

Naming Sen. Scott to pull together the party’s response to calls for police reform is a stroke of genius. Scott is the only Republican African-American in the Senate. He has not remained silent when it comes to the problems members of his race have with some members of law enforcement. In 2016, he took to the floor and recounted an incident where a member of the Capitol police had stopped and questioned him when he entered one of the office buildings. The cop basically said, “I know the pin (the pin all Senators wear), but I don’t know your face. Show me some ID.” Scott did, all the while wondering what was going on in the cop’s mind. That night, he received a call from the cop’s supervisor, apologizing for what happened. That was the third such call he’d received since he’d been in the Senate. So he knows and understands the frustration and anger so many are feeling right now.

According to Politico, Scott’s plan will include “proposals centered on improving federal data collection on the use of force and no-knock warrants as well as training for police. It does not include a federal chokehold ban; GOP senators may also add a long-stalled anti-lynching bill to the mix to evade Sen. Rand Paul’s procedural objections.”

Part of Scott’s plan includes a “proposal to increase training to focus on de-escalation tactics that would lessen the potential for chokeholds and other dangerous forms of police restraints.” In other words, instead of taking away potentially necessary forms of restraint, helping police find ways to avoid having to use them by de-escalating the situation. This is something a number of police departments around the country have been working on. It is certainly something all should be. However, we can’t hamstring our officers by threatening them with criminal charges if they find themselves in a situation where the only way to subdue a suspect is by applying a choke hold. Yes, all other reasonable options should be used. But if it is choke hold or shoot the suspect or be killed yourself, the officer should be able to use the hold without worrying about being brought up on chargres.

Something else the Democrats are pushing for is a change in the doctrine of “qualified immunity” for officers. As it currently stands, an officer has to act “willfully” before qualified immunity is no longer in play. Under the Democrats’ plan, that would be changed to “recklessly”. Again, there is no definition for what is meant by that. One would assume they are adopting the legal definition of recklessly but these are the Dems, so you can’t just assume. If you do, it will wind up biting you in the ass.

Scott, as well as most of his fellow Republicans in the Senate, are against the change. In fact, he ruled out changing the standard in his bill.

Unlike the Democrats who are pandering to the emotions running rampant right now, Scott remembers his oath to serve his constituents and to uphold the laws of these United States. He knows the best way for our country to emerge better and stronger from this current crisis is for the protesters and police to work together. That their coming together is “what makes America great.”

Yet again, Senate Republicans have shown they are more concerned with protecting, preserving and strengthening our country rather than tearing it down. Yes, some reform is necessary. But reform doesn’t mean completely throwing out the police simply because some things don’t work. What is going to happen when, in those communities substituting social workers or other non-law enforcement officials into a situation a cops usually respond to, someone is injured or killed?

In certain parts of Dallas County, “a licensed specialist at the dispatch center will determine if the call relates to a mental health crisis.” If it does, a licensed social worker will be dispatched along with police. Their job is to try to de-escalate the situation, treating the person involved as a patient and not a criminal. The program is working because both the police and mental health specialists are involved. However, in the demands to defund or dissolve police departments, there would be no cop responding to such calls. How many social workers or innocent bystanders will be hurt or killed because the situation went south and there was no officer there to take action?

As a meme I saw yesterday noted, what do you tell the woman whose abusive ex violates the restraining order and shows up to beat the crap, or worse, out of her? “Sorry, ma’am, tell him to stop and wave the order at him.”

There is reaction and then there is overreaction. The calls for defunding and/or dissolving police departments is overreaction. Police reform is needed. Very few deny that. But let’s not destroy the country because we let our emotions get the better of us.