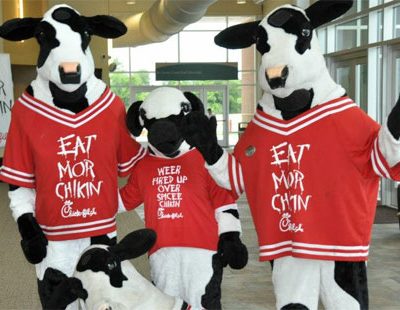 They were yukking it up over the President’s attempt at slightly raunchy humor.

Some were even busy texting (er,”taking notes”) during the playing of the National Anthem.

Congrats, ya little dummy, you're famous for texting during the National Anthem. #WHCD pic.twitter.com/UHwICVQyxb

Meanwhile, Baltimore was erupting in violence after an afternoon of protests over the death of Freddie Gray.

Freddie Gray was arrested by Baltimore police on April 12 and suffered a spinal injury at some point during his apprehension. He was hospitalized and died one week later.

Police Commissioner Anthony Batts, upon review of the case, stated in a news conference that Gray was not given proper medical care. A full report is expected in about 35-40 days after an investigation is completed.

While some 2000 people showed up for a peaceful 90-minute rally outside City Hall, others were bent on destruction.

A flag was pulled down with the intent of setting it alight.

#FreddieGray protesters pull down American flag in front of #Baltimore City Hall, then try to set it on fire:https://t.co/oOUjcpqN2X

Car windows, of course, were smashed.

The violence spilled over near Camden Yards where the Orioles were playing the Red Sox, and the stadium was locked down.

Due to events outside Oriole Park at Camden Yards, spectators are asked to stay inside the stadium til further notice @Orioles @RedSox @MLB

Baltimore Burning while the President and his lapdog media were enjoying themselves at “Nerd Prom” was not lost on social media.

While many inside Camden Yards were unhappy at being locked down, social media was capturing the action outside.

Meanwhile, 30 minutes away in Washington DC the elites were enjoying #NerdProm and ignoring the Burning of Baltimore. The major cable channels were silent.

Maybe President Hope and Change will learn about this tomorrow. Unless, of course, there’s an early tee time.