Next post
Hamas Attacks Israel And The Squad Cheers 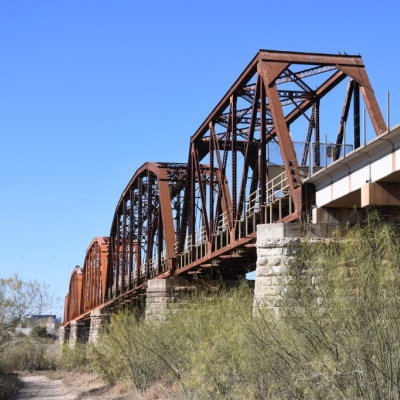 The entire Biden/Harris Administration is a bunch of treasonous, inhuman reprobates. If we had any journalism, anyone willing to speak truth to power, the world would know them for who they are. Instead, Biden and Harris and everyone associated with them is, permit isn’t quite the right word, continues on their path of death and destruction at the Southern Border. The latest heartbreaking story is one of five migrant children abandoned on a farm just off of the border.

We have seen the stories for months now. The boy dropped over the border wall by smugglers. The ten year old girl saved from drowning by a U.S. Army Soldier working under the direction of the Border Patrol. Even worse, the migrants who drown trying to cross the Rio Grande.

The migrant children who do make it get to live in overcrowded tent cities, but they are not in Trump’s cages. Nina wrote about this. Read her post here.

Now comes the news that a watermelon and onion farmer and his wife discovered five migrant children on their property near Quemado, Texas. As Katie Hobbs says in the video, if this doesn’t make you angry and want to take to the streets, nothing will:

These children were found on Mother’s Day, May 9, 2021. Did you hear anything about this from the Democrat Media Industrial Complex? No. The UK Daily Mail has the story:

The farmer and his wife spoke to Republican Congressman Tony Gonzalez about what they found. Gonzalez posted a video of their comments on Twitter.

‘I was making a round on the farm and about 8.30 in the morning, I was just driving along and all of a sudden I see them.

‘Five little baby girls, all by themselves, hungry crying. One didn’t have any clothes on.

‘Immediately, I called border patrol but they’re snowed under, they don’t have any help either.

Despite what those of us who are sentient beings are seeing and know to be true, we are told we are the heartless ones. We are evil because we wanted the border wall built. We are vile because we know that if the chances are slim that you won’t get across the border, the chances are you won’t try. You won’t risk your life or the lives of your children if you can’t get across. Sorry, wrong-o, you chumps.

I have come to the conclusion that Biden voters are derping mood slime, think Ghostbusters. That’s the only explanation I have for anyone who voted for Dementia Joe and hasn’t repudiated him and come begging on their wobbly knees for our forgiveness and the forgiveness of the migrant children.

I am well aware that the parents of the migrant children are to blame. But, the larger blame goes to the derping mood slime who run whatever way the Democrat Media Industrial Complex tells them. They shout bumper sticker slogans and tell us we have no compassion. They are incapable of rational thought.

And, they listen to Alejandro Mayorkas blatantly lie and sit in their smug comfort. Homeland Security Secretary Mayorkas blames President Donald Trump for the current crisis at the Southern Border:

Speaking to reporters at a White House press briefing, Mayorkas referenced former President Donald Trump by name and targeted his policies to kick off his remarks.

“Let me explain to you why [fixing the broken immigration system] is hard and why it is going take time. I think it is important to understand what we have inherited because it defines the situation as it currently stands. Entire systems are not rebuilt in a day or in a few weeks,” he began. “To put it succinctly, the prior administration dismantled our nation’s immigration system in its entirety.”

“Quite frankly, the entire system was gutted.”

Gutted? Why you blister on the backside of humanity, how dare you? President Trump consulted with the men and women of Customs and Border Patrol. He developed best practices. He worked with the heads of state of Mexico and the triangle countries.

The Border Patrol has to save and care for the migrant children. Or, they find their dead bodies. Do you and the derping mood slime who voted for Biden ever think of the toll it takes on these professional men and women.

I am done. Trump, his administrations and all of his voters are caring and compassionate. The Democrat Media Industrial Complex and derping mood slime are pure evil. Flip the script and tell the truth.