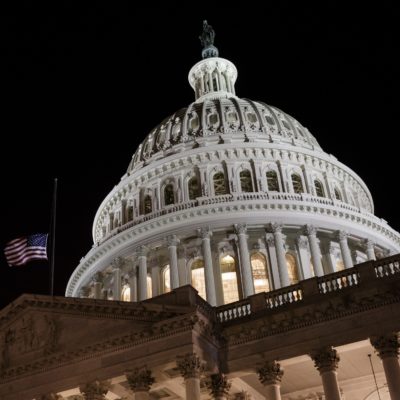 The Impeachment farce is based on innuendo, rumors, and speculation. If Hunter Biden testifies under oath, the democrat narrative may disintegrate. But in truth, the impeachment trial is not about finding justice, it’s about undermining the 2020 elections.

Adam Schiff would have you believe that the future of the Republic rests squarely on this trial. The New York Times, Jan. 22, 2020 relays,

If not remedied by his conviction in the Senate, and removal from office, President Trump’s abuse of his office and obstruction of Congress will permanently alter the balance of power among the branches of government,” Mr. Schiff said in his opening remarks. “The president has shown that he believes that he’s above the law and scornful of constraint.”

Wow, that is heady, and frightening. And false. Nothing will change, the Constitution hasn’t been amended (yet), and the rules of government are safe. But if you believe Adam Schiff, this entire impeachment farce is being played out in the search for truth. Don’t believe him.

Schiff would have you believe that the entirely of this farcical production has the merit to stand on the evidence provided by the House. The democrats ploy is that irrespective of public knowledge and Obama staff questions, Trump’s motivation was purely political malfeasance against a political rival. Per The New York Times, Schiff states,

President Trump withheld hundreds of millions of dollars in military aid to a strategic partner at war with Russia to secure foreign help with his re-election,” Mr. Schiff declared. “In other words, to cheat.”

Concerns about Hunter Biden’s questionable business dealings were swirling during Joe Biden’s time as VP in the Obama White House. So, it’s not entirely wrong to think that the current President may take the opportunity to talk with the new Ukraine leadership and root out the truth behind long time rumors.

But Trump Withheld Aid Until Ukraine Complied. So did Joe Biden.

Oh yes, the military aid that was the crux of our defense against Russia. Hmmm. Okay.

Obviously withholding funds to shift the focus of the recipient country is wrong. But is it really? If there is corruption, then our government should leverage whatever it can to uncover the rot. That’s exactly what Joe Biden bragged about in a talk to the Council on Foreign Relations,  via Real Clear Politics,

Corruption is corruption, and where it originates shouldn’t be the concern. Eradication should be the goal. The rules don’t change just because your last name matches the former Vice President.

Talking Points Memo repots on Jan 22, 2020 that Senator Ted Cruz is embracing the idea of Hunter Biden testifying before the senate.

The House Democrats have built their entire case on the proposition that any investigation into Burisma and corruption was a sham, that it was completely debunked,” Sen. Cruz said. “The problem is there is very significant prima facie evidence of corruption.” Cruz added that “the need for the Senate to hear the testimony of Hunter Biden and the need for the Senate to grant the White House lawyers the ability to take that testimony has become all the more relevant.”

But Schiff, he doesn’t think it’s necessary. Because Hunter Biden is a non-entity in this farce of a trial. On Jan 21, 2020 Real Clear Politics transcribes from an interview with Schiff,

Hunter Biden, for example, can’t tell us anything about whether the president withheld military aid, whether he withheld that aid to coerce Ukraine to conduct political investigations. Or why he wouldn’t meet with the president of Ukraine …. That’s an illegitimate abuse of the trial. And the chief justice, who may have an opportunity to rule on the materiality of witnesses, as well as the senators, should not permit that kind of abuse”

The facts behind Trump’s request are irrelevant in Adam Schiff’s world. All that matters is that maybe Trump did something. Adam Schiff doesn’t care about truth, he cares about politics and his party. He knows that Hunter Biden is a liability to his narrative. I wrote about Hunters troubles with drugs, alcohol, marital betrayal, and seemingly unethical behavior in this post. Hunter Biden very much needs to be in front of the senate and testify.

Of course, his dad Joe has other feelings on the matter. At an Iowa campaign stop a voter asked Joe Biden if his son should testify, and call the bluff of the republicans. His response is heartbreakingly hysterical in its oblivion.

This is a constitutional issue,” he said. “We’re not going to turn it into a farce, into some kind of political theater.”

Too late there Joe, too late….

Senators Tim Scott (R-SC) and John Barrasso (R-WY) spoke to reporters during Wednesday’s lunch break. They honed in on a probable reason for this impeachment farce, it’s not all about Trump.

The goal of this entire process is not to remove the president from office,” said Scott. “It’s simply to remove certain Republican senators — Colorado, North Carolina, Iowa, Maine and Arizona — from office.”

The House Democrat impeachment resolution says 11 times there is “overwhelming” evidence against the President…but we’ve yet to hear it (hint: because it’s not there). @SenJohnBarrasso and I talking on our dinner break about the charade this has become. pic.twitter.com/V9rQ54Mm9L

Losing those seats will very likely jeopardize Republican control of the senate. 270 to win lists them all as toss ups. The democrats are playing this game to control the congress. If they succeed the next four years of Trump’s presidency will be spent as a lame duck. They will block everything, channeling their inner Nero while the country burns.  It’s insurance against losing the presidency. If they win both, it’s even better in their eyes.

This farce of a trial isn’t about truth. It’s not about rooting out corruption. It’s about the Democrats winning. At any cost.

Thank You Sarah, and welcome to our INSTAPUNDIT readers! 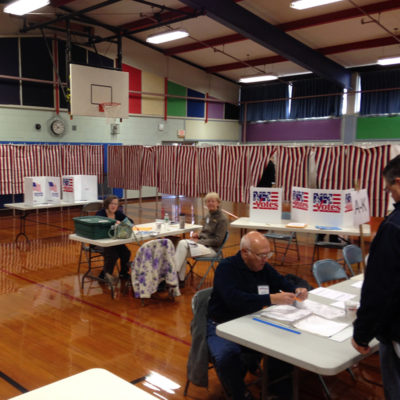