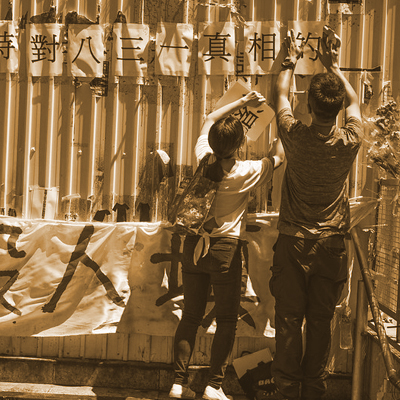 While American journalists focused on CPAC over the weekend, the Beijing-controlled Hong Kong government charged 47 dissidents under the National Security Law. Their crime? Last July they held an unofficial primary vote prior to Legislative Council elections in September. They wanted to choose the best pro-democracy candidates to run for office, with the goal of securing a majority in the Council.

Over 600,000 Hong Kongers cast their votes for the pro-democracy candidates, which poked the CCP dragon.

The 47, which includes 39 men and eight women aged 23 to 64, are charged with “conspiracy to commit subversion” for creating a process which is so familiar to Americans. They could receive life in prison.

Nearly 50 prominent #HongKong democracy activists were formally charged on Sunday with subversion under the national security law. The alleged crime: democracy. The punishment: up to life imprisonment. https://t.co/v5XAvqdEFu

Not only that, as I write this, the court is deciding whether or not to grant bail to the 47. Police also have arrested one of their attorneys.

But the people of Hong Kong will not stop demanding their freedom. They gathered outside the courthouse, despite warnings that they may be violating the national security law.

Those gathered have also been warned they are partaking in an illegal gathering. Full story: https://t.co/RcgdsxGRrA pic.twitter.com/cUYeFvpcVQ

The activists took to social media over the weekend to share their final words before facing the court. As district Councillor Sam Cheung wrote:

“Ideas are bulletproof. Our future is never determined. It’s the people who can walk through the fog, that can actualise the future. Our will and our faith will be our guiding light through everything.”

While a young student activist recalled a hike she took across Hong Kong:

“One stands upright in the mountains, the heart is at peace even when the terrain is rugged. Thank you for your care. If I am detained, I hope that, when I would be released, you all will still be here, persisting.”

Stand News, a pro-democracy website based in Hong Kong, created a video of nine activists as they prepared to lose their freedom.

Meanwhile, nations around the world have condemned the Hong Kong government. These include the United Kingdom, the European Union, Taiwan, and yes, the United States.

In fact, Secretary of State Antony Blinken tweeted that “freedom of expression” should not be a crime. Plus, the “U.S. stands with the people of Hong Kong.”

We condemn the detention of and charges filed against pan-democratic candidates in Hong Kong's elections and call for their immediate release. Political participation and freedom of expression should not be crimes. The U.S. stands with the people of Hong Kong.

Moreover, a State Department spokesman added in an email:

“Political participation should never be a crime. . . .This is yet another example of how the National Security Law is used to stifle dissent, not improve security.”

Fine words, but it seems that members of the Biden administration have some cozy links to China.

For example, Antony Blinken himself has ties. Blinken co-founded a consultancy, WestExec Advisors, which helped corporations and academic institutions obtain interests in China. In addition, Biden press secretary Jen Psaki was on the payroll.

Then there’s “Asia Czar” Kurt Campbell, who was a board vice-chairman of the U.S.-China Strong Foundation — part of China’s Confucius Institute. So what is the Confucius Institute? It gives off warm fuzzy vibes, promoting “people-to-people exchanges” between China and the US. However, it also has infiltrated over 100 American universities with communist messaging. It has also spied on American students.

“This [Confucius Institute] is something that we support. It’s part of the people-to-people understanding.” 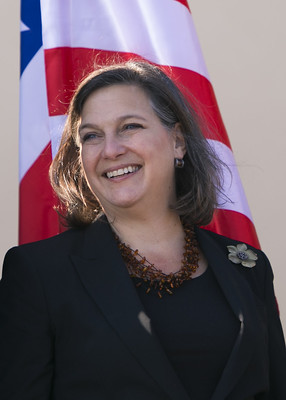 So considering the ties this administration has with China, can the freedom activists in Hong Kong really expect them to back them? Or are Blinken’s words just flowery sentiments which merely sound good in a tweet? Even some anti-Trump pundits in Hong Kong don’t hold out much hope for Biden’s support.

Meanwhile, 47 courageous Hong Kongers may go to prison for the crime of exercising freedom of speech.