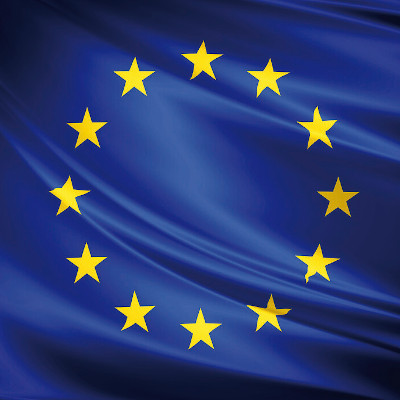 Back in March, the European Union (EU) was up in arms when President Trump announced he would ban travel from much of Europe because of Covid-19. Now, suddenly, travel bans are good. At least if they are bans against the US. For countries trying to recover financially after their lackluster response to the virus, removing one of their largest tourism resources seems more than a little foolish. But then, many of the EU’s leaders have made it clear they are happy to take a page out of the Democrats’ playbook and do whatever they can to make Trump look bad, even if it hurts their nations in the process.

Needless to say, the EU didn’t appreciate the move made by the President. The fact Trump didn’t consult with them before taking such action rankled their sensibilities. Funny, I didn’t know we had to ask permission from the EU to take action to protect our country and its citizens.

According to the New York Times, it has received information that the EU is adopting new rules concerning who can enter the “bloc” beginning July 1st. The EU claims we have failed to control the virus and, therefore, we shouldn’t be allowed to step foot in their countries. It gives a whole new meaning to the term “Dirty Americans”, doesn’t it?

Now, despite knowing banning American tourists from their countries would have a severe economic impact at a time when finding ways to return to a healthy economy is a necessity no one can deny, the EU appears to be moving forward with such a ban.

Oh, they’re saying all the right things. The Commission’s recommendation won’t be mandatory.  “Only an individual country can make the decision to open and close a border.” But what sort of unofficial pressure will be put on them to toe the line? We’ve seen how they’ve fought to keep Great Britain from leaving their “embrace”.

Now, I could almost believe the EU is worried about Americans bringing the virus to their countries if it weren’t for their past behavior. Look how upset they got when the US stopped Europeans from coming into the country for the exact same reason they now say they may keep Americans out: an attempt to prevent a new wave of Covid-19 infections.

Reciprocity is also a consideration, the EU diplomat added. Earlier this year, the US severely restricted travel from large parts of Europe due to coronavirus concerns.”

Others “in the know” say the EU is acting only on the science, looking at the number of infections per 100,000 people. Now, not to sound like Trump in Tulsa when he said he told his people to quit all the testing, the number of tests administered has to be taken into consideration–both here and elsewhere. You also have to look at how those tests are administered and how it is determined who is infected and who isn’t. Remember back at the start how many states would automatically declare anyone in a household with someone who tested positive for Covid-19 as being positive themselves. Has that practice ended? And how does our reporting of results (and the interpretation of them) compare with the EU?

I don’t want to assign ill-intent to the leadership of the EU but, in this case, I find it hard not to believe politics is playing a large role in the final decision. If this is the case, is the EU prepared for the US to return the “favor” and extend its ban on tourists?

Prohibiting Americans would have significant consequences for the EU. Millions of American tourists visit countries in the bloc each year. As travel demand recovers and Americans seek to travel abroad again, and as economies normally reliant on tourism seek to curb the fallout from the pandemic, the exclusion of a large and lucrative group of tourists would be damaging.

Similarly, European leisure travelers spend millions in the US each year; the US could leave its ban on travel from Europe in place as retaliation.”

Tit-for-tat or Ugly Americans (and Ugly Europeans). It doesn’t really matter which. What does is the EU is playing a financially dangerous game. It is one their citizens and businesses will pay a high price for. But for the politicians sitting in their safe offices with their staffs and their status, they don’t care. Worse, as long as they say the right things, too many of those looking to them for leadership, guidance and protection won’t hold them accountable for what they do.