Election Day: Here’s What the Left Is Really Afraid Of

Next post
Cities Brace For Riots, Liberals Wonder Why

Election Day: Here’s What the Left Is Really Afraid Of 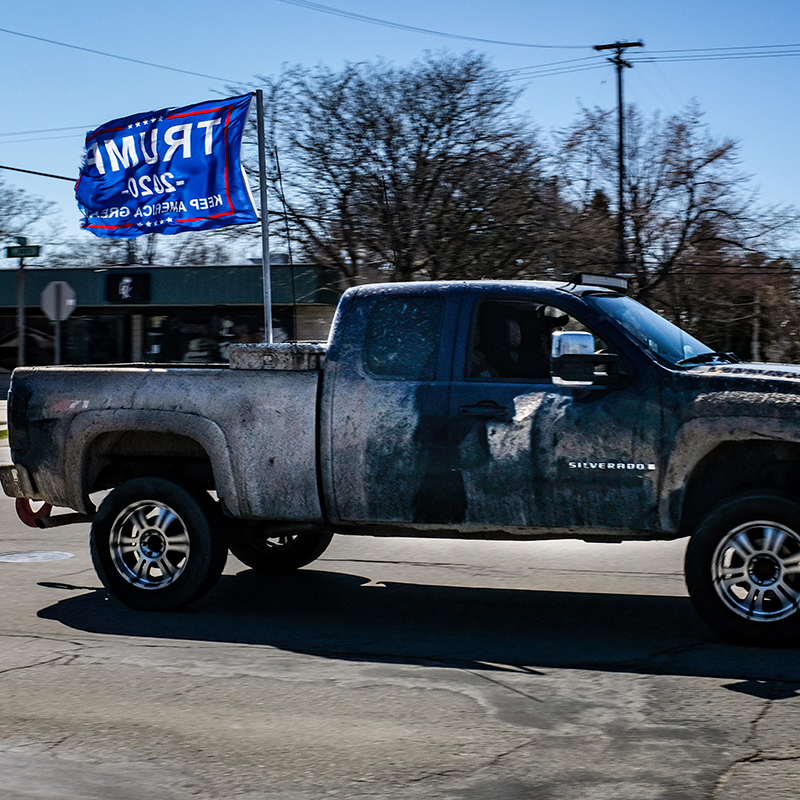 A bit of news broke on Election Day Eve that shouldn’t surprise anyone who’s paid even five minutes of attention to the train wreck that is the Biden/Harris ticket: the majority of Joe Biden’s Twitter followers are bought and paid for from a foreign troll farm. From PJ Media:

Joe Biden’s Twitter account got a sizable boost beginning in August from tens of thousands of fake followers purchased on the open market from troll farms in rural India, an investigation has found.”

“A close examination has revealed unusual patterns. A large number of Twitter accounts that followed Biden’s appear to have been created exclusively for that purpose. And a large number of the users are located in small towns in rural India—in places where English-speakers are rare, and from handles run by people who don’t speak English as their first language, nor appear to be genuinely invested in American politics.”

The answer to that question is a resounding yes.

But why does the Biden campaign feel the need to fill their Twitter coffers with a bunch of fake accounts to make themselves look well-supported?

Because conservative populism is catching on: it started with Brexit, and then, shortly thereafter, rammed through the establishment firewall via a guy named Donald Trump.

In case you hadn’t noticed, Donald Trump is not a traditional Republican. Yes, he’s the most conservative president we’ve had in recent memory—he was the first sitting president to speak at the annual March for Life rally, for example, and he’s a states’ rights champion—but he also discusses things like healthcare and how he’d like to rid the land of ObamaCare and replace it with a market-driven approach that prevents insurance companies from throwing people off their plans if they happen to have a pre-existing condition (fun fact: this happened to me). And while I’m not advocating for federal government involvement in healthcare—-sorry, it’s not in their constitutional powers—it’s nevertheless a message that resonates far beyond the Republican Party. And he’s already proven himself a promise-keeper, so why would anyone believe he won’t solve this issue, too, in a way that’s both an effective answer to the problem and which abides by limits placed on the federal government by our constitution?

As I said, it all began with the “surprise” Brexit win that many over on my side of the aisle predicted, where the people of Britain voted FOR their country and against the globalism that their membership in the European Union had brought, and the resulting loss of control over their own country. Donald Trump’s surprise win here—predicted by many of the same people—followed shortly after. It was two giant “F Yous” to The Powers That Be in a relatively short span of time.

And the establishment—who desperately wants its power restored—has been rocked to its core in ways I’ve never seen in my lifetime. From exposing the corrupt media, to punching those within his own party who don’t walk their talk, President Trump has been the proverbial bull in a China shop, and it’s been a refreshing phenomenon to watch.

And the nation is paying attention in ways it likely wasn’t four years ago.

A couple of anecdotal bits of evidence leading up to Election Day include:

The massive growth of the #WalkAway Campaign, its founder being the most-unlikely of shepherds: a former Clinton-supporting liberal who just so happens to be a gay millennial. As the state leader of our Idaho chapter, I can tell you firsthand that the growth of the movement has been nothing short of astronomical, and includes a broad spectrum of Americans from all walks of life. It’s a refreshingly welcome space, where once-Democratic voters and Never Trumpers co-mingle with #WalkWiths in a loving and welcoming environment that’s the polar opposite of what the loony, domestic-terrorist-filled left is currently modeling.

Which may reflect the increased vote percentage Trump has reportedly received in the Iowa Youth Straw Poll this year:

Those are dramatically-increased numbers from Hillary Clinton’s, who was a far less-liked candidate than Biden. Anecdotal? Maybe. But I think our Gen Zs are on to something. So let’s hope that translates similarly nationwide this Election Day. I know the sole 18-year-old in my own household just cast her first general election vote for Donald Trump, and I have reason to believe her friends will too.

Despite what the garbage polls insist, President Trump is the most popular president in my lifetime. He epitomizes the true “resistance” to the actual fascism being wielded by the left and its sycophants. From massive rallies springing up organically in places like Beverly Hills, to Americans in noisy trucks dragging our interstates with flags flying…

This was a historical event organized by Patriots Of Arizona. Principal and founder Chelsi Reynolds. Trump biggest MAGA/ Blue Line Caravan in Arizona and on the National Stage in the US.

HUGE 96 Miles of vehicles according to ADOT. MAAP Media has amazing footage coming up. pic.twitter.com/PbiwzMqHyl

…there’s never been a movement like this. But it’s not about Trump; he just happens to be a man with a common-sense mission, with a love of country and a fearless, never-surrender determination to preserve her and take her back from the brink. He’s the vessel by which the massive rally crowds—a healthy portion of which are reportedly Democrats and first-time voters—and the grassroots events nationwide are inspired. So what he represents is a movement toward conservative populism, where the people truly have the power our Founders meant us to have, and the freedom to live our lives, in peace, as we wish. And should Trump win a second term today—and I realize this may be an unpopular opinion—this movement will gain even greater stream heading into 2024 where, with an even larger voter base pilfered from the radicalized, communism-hocking left (click that link; it’s frightening!)…

Bespoke: You gotta hand it to Hitler pic.twitter.com/kT4XiPXu43

…the Trump movement could, and will likely be, on track to win again in 2024 and beyond, where I expect some great candidates stepping up to the challenge who are just as fearlessly-Trumpy, and surprisingly conservative, as our current president.

So a continued Trump-birthed movement, filled with true diversity and tolerance, is what the left and their establishment cohorts are really afraid of, for it would keep them out of power indefinitely. And that’s not something any Republican candidate in recent memory can boast. And, with a win today, it just might be what saves America from those who would see her destroyed.

So it’s up to you, America. It’s Election Day. Go vote like our future depends on it. Because it does.